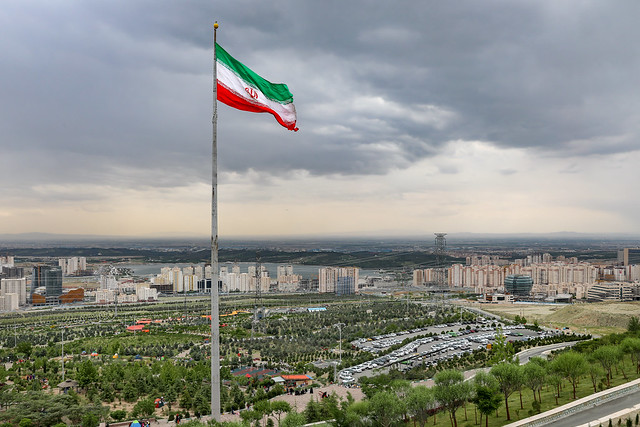 Announcing a new European-led maritime protection mission, the foreign secretary denied the seizure of an Iranian tanker in Gibraltar happened at the request of the United States

FOREIGN SECRETARY Jeremy Hunt has rejected any comparison between the seizure of British-flagged tanker the Stena Impero by the Iranian Revolutionary Guard on Friday and the seizure of the Iranian tanker Grace 1 off Gibraltar two weeks earlier, as the UK seeks to pressure Iran to release the tanker.

In a statement this afternoon to the House of Commons on the escalating tensions between the UK and Iran triggered by the detainment of the Stena Impero, Hunt announced plans for the UK to form an international maritime protection mission in the Gulf.

The foreign secretary told MPs: “Let us be absolutely clear: under international law, Iran had no right to obstruct the ship’s passage, let alone board here. It was therefore an act of state piracy, which the House will have no hesitation in condemning.

“Even more worryingly, this instance was a flagrant breach of the principle of free navigation on which the global trading system and world economy ultimately depends.

“I therefore urge Iran to release the Stella Imp and her crew, and observe the rules that safeguard commercial shipping, and benefit Iran as much as any other country.”

Hunt said that, in addition to speaking with his opposition number in Iran, he had also spoken to the foreign ministers of Oman, the United States, Italy, France, Germany, Finland, Spain and Denmark, and that a formal protest had been lodged.

The Department of Transport has raised the security level for British-flagged shipping to level three, and that the UK Government is advising against all passage through Iranian waters and “for the moment” the entire strait of Hormuz.

“A European-led maritime protection mission” to protect shipping passage through the region. Discussions will take place later this week to explore how recent US proposals could “compliment” this mission.

However, said Hunt: “It will not be part of US ‘Maximum Pressure’ policy on Iran, because we remain committed to preserving the Iran nuclear agreement.”

Hunt also announced that the UK Government has dispatched the destroyer HMS Duncan to replace the HMS Montrose, and it will arrive in the region on 29 July. Measures have also been taken to protect foreign shipping with British crewmembers.

Hunt said it was with a “heavy heart” this increase of military presence has been made, but added: “We do not seek confrontation with Iran… But we must also react to the world around us as it is, and not how we wish it to be.

“So if Iran continues on this dangerous path, they must accept the price will be a larger Western military presence in the waters along their coastline – not because we wish to increase tensions, but simply because freedom of navigation is a principle that Britain and its allies will always depend.”

In a statement released earlier today, the Stop the War Coalition argued that the crisis of the British tanker seizure “can only be resolved by some honest account on the part of the British government”, arguing that the detainment of the Stena Impero took place in retaliation for the seizure of the Grace 1 by Royal Marines.

The Stop the War Coalition statements argued: “This can hardly have been a legal act, since EU sanctions apply to the 28 member states and cannot apply to Iran which is manifestly not a member of the EU. It was an act of piracy which Britain carried out to please John Bolton, Trump’s hawkish neocon National Security Adviser, who has long wanted war with Iran. The consequences were all too predictable and now guess what – Iran has retaliated. It did so after supposedly successful negotiations took place in London last week to release the Grace 1, but then a Gibraltar court ruled on Friday to detain her for another month.

“Both tankers should of course be released, as should their crews who are being held. But we should recognise that this is bringing us very close to war. Supposed solutions to this situation, including further sanctions on Iran or more military convoys in the Strait of Hormuz, are only likely to make the situation worse. In addition, there is distrust of Britain which has a long history of interference in Iran, including its role in the overthrow of the elected prime minister Mossadegh in 1953, and support for the Shah who was overthrown in 1979.”

Addressing the mounting concerns about the impact of the Gibraltar action on the current crisis, Hunt attempted to squash such interpretations, saying: “Iran has tried to present this as a ‘tit-for-tat’ incident, following the government of Gibraltar’s action on the 4th of July to enforce EU sanctions by preventing the Iranian charter tanker Grace 1 from supplying oil to Syria. But there is simply no comparison between Iran’s illegal seizure of a vessel inside a recognised shipping lane, where the Stella Imp had every right to be, and the enforcement of EU sanctions against a tanker that had freely navigated into the waters of a British Overseas Territory.”

However, questions over the Gibraltar seizure were voice by Labour MP Fabian Hamilton, shadow foreign office minister, who condemned Iran’s recent actions in the strait of Hormuz as “utterly unacceptable.”

Hamilton said: “We all know why these events have been taking place, because just like the tanker war of the 1980s, there is a simple and ruthless logic being applied by the Iranian hardliners who are now in the ascendancy in Tehran, just as they were 30 years ago. And it simply says: ‘If you try and stop our oil supplies, we will stop yours.’ An escalation of tit-for-tat rhetoric and action that has been sadly so predictable and to some extent inevitable since the United States walked away from the Iran nuclear deal and reimposed sanctions not limited to the US, but in theory, to any company or country that continues to deal with Iran.”

Hamilton cited reports in the Spanish newspaper El Pais that the US Government had told Madrid 48 hours in advance that the Grace 1 was heading  for the Iberian peninsula, “which could also explain why, 36 hours in advance, the Gibraltar Government introduced new legislation to shore up the legal basis of the seizure taking place in its waters.”

Asking whether the US had similarly supplied information regarding the tanker’s course and whether the US had asked the UK to seize it, Hamilton added: “And if it’s correct, Mr Speaker, that we knew two full days in advance that this action was going to be taken, why on Earth a full 17 days later was a British-flagged tanker left so hopelessly unprotected in the strait of Hormuz, when anyone with any understanding of this issue could see that this was exactly how the Iranians would respond to the seizure of their own?”

Hamilton also pressed Hunt on how the UK will pursue de-escalation, and get the nuclear deal “back on track”: “Can he tell us what the government is doing to persuade the Trump administration to drop its sanctions against Iran?”

Hunt responded by stating the UK did not endorse the detention of Grace 1 by the Gibraltar authorities because of a request by the US, but because it was in contravention of EU sanctions.

Calling for “engagement, cool heads and a multi-lateral approach,” SNP international affairs spokesperson Stephen Gethins MP described Iran’s actions as “unacceptable”, and said that whoever held the Foreign Secretary’s role in the future, they must be “fully on top of their brief.”

In a swipe at the Tory leadership frontrunner Boris Johnson, Gethins said: “The damage done by the foreign secretary’s predecessor has illustrated what happens when you’re not fully briefed when dealing with Iran.”