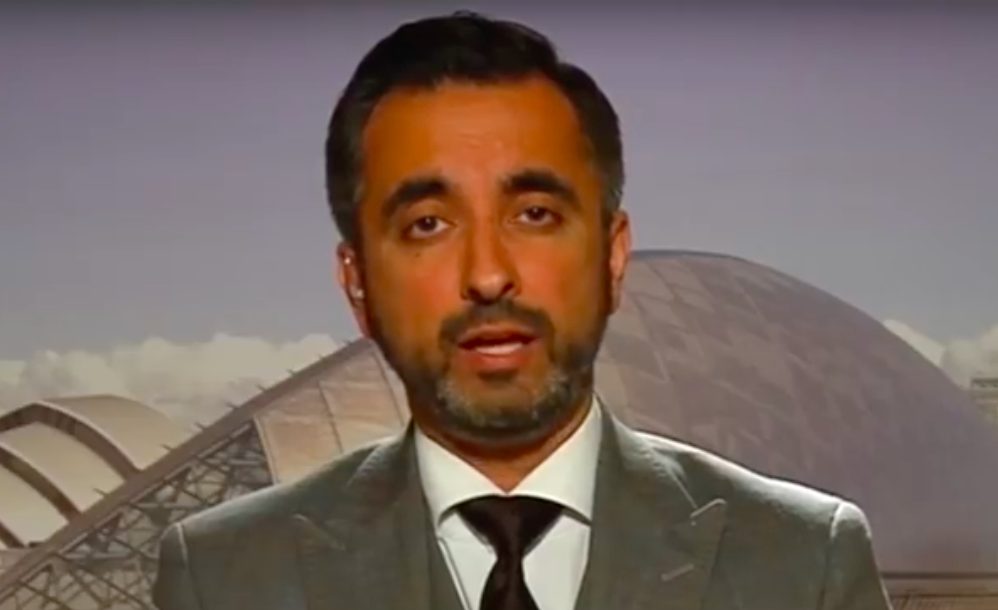 AAMER ANWAR has condemned Tommy Robinson after the ex-English Defence League (EDL) leader called him an “Isis lawyer” after the University of Glasgow rector and human rights lawyer was caught up in the terror attack in Barcelona.

Anwar was an eye witness to the Las Ramblas attack on Thursday that killed 13 people and injured 100 more, 15 of whom are thought to be seriously injured.

Due to speak at a Catalonian conference on independence, Anwar told CommonSpace he was upset and angry about the amount of hate he saw online following the attack.

Schoolgirl Aqsa Mahmood fled Glasgow for Syria in 2013, where she married an Isis fighter, a move said to have shocked her family. Anwar represents the family, which is fighting for her to return to the UK.

He reported a death threat to Police Scotland last year after he chaired an event calling for unity and condemning extremism. He had been calling for community leaders to do more following the death of Glasgow shopkeeper Asad Shah, who was murdered in a sectarian killing.

“Far-right extremist people are saying that, if they (the terrorists) had been lucky, and 10 seconds earlier, I would have been wiped off the streets.

“I’ve spoken out against Isis each and every time I speak out against extremism I put my own neck on the line. Last year I had my life turned upside down and I think that these maniacs from the far-right and white supremacists are just jumping on the bandwagon and trying to create hate.”

Anwar spoke of the panic that ensued after yesterday’s terrorist attack when he was forced to run after hearing a “loud crash”. He said the horrific event had left him shaken but feeling lucky to be alive.

He said: “There was a woman next to me screaming, I can still hear her screams because she was hysterical, I could see a young child in front of her who was screaming “mama” – I couldn’t understand what she was saying but she was screaming for her children because she didn’t know where they were, and a policeman put his arms around her and took her away.”

Anwar told us that people were back on the streets today in defiance to the extremists intent on causing fear, and he praised “the spirit of humanity” for coming together in the wake of the latest attack.

He said: “I was conscious that Las Ramblas was very poor, people in the market places, street traders are very poor and have to survive.

“Independent traders have to come back, it’s not a case where they can switch off. There’s going to be three days of national mourning, but they can’t go away because they need to earn a living to support their families – they don’t have any choice.”

“They hate the fact that Muslim and non-Muslim communities were here celebrating, enjoying, just walking and loving life.” Aamer Anwar

In shock at being caught up in a terror attack, Anwar said: “I’m a Muslim and I’ve had to speak about this publicly on so many occasions, but I’ve always said my religion does not give me any immunity from any bombs, bullets – my community walk and use the same transport and the same planes as everybody else.

Referring to the terrorists, he said: “They hate the fact that Muslim and non-Muslim communities were here celebrating, enjoying, just walking and loving life. Those people are back again, lighting candles and saying prayers.”

Rounding on the white extremists who wished him dead, Anwar said: “You walk down this street right now (Las Ramblas) there’s people from every race, religion and creed presently nobody is immune from that [terrorist attack].

“I’m not sat in some camp with people in Iraq or Syria, I’m sat here because I love life, the culture, the music, I love the unity; black, white whatever it may be.