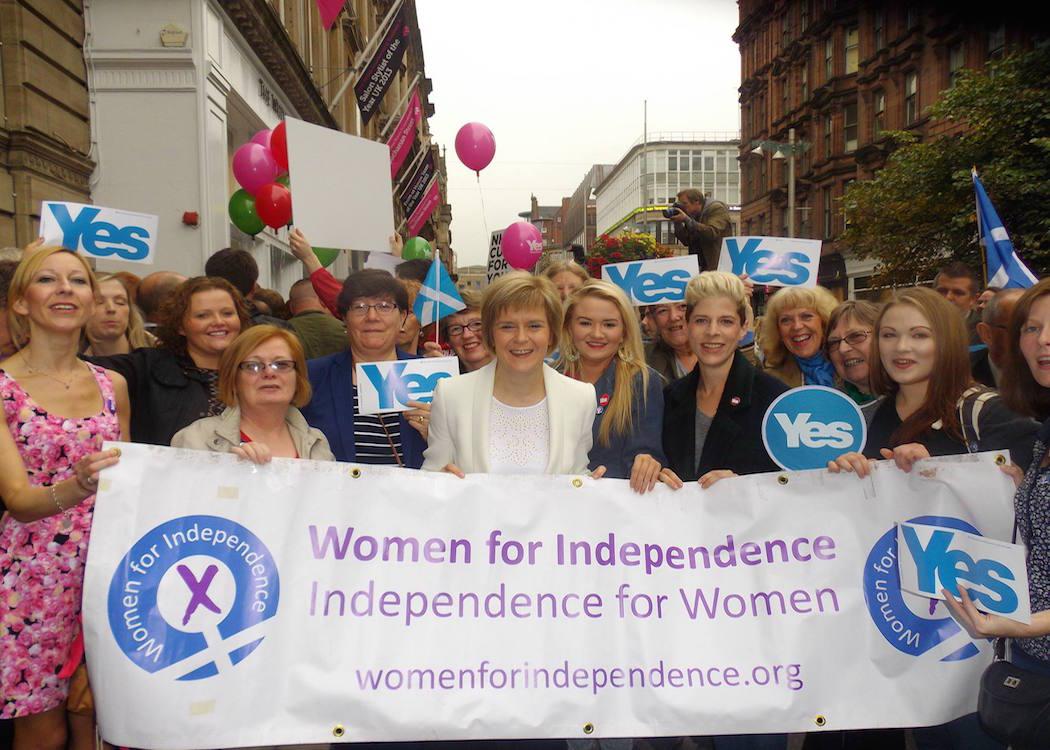 MEMBERS of the Women for Independence national committee have expressed concern over a potential abuse of trust after revealing that tens of thousands of pounds donated during the Scottish independence referendum campaign went missing.

Members of the pro-independence group have spoken of their disappointment when Natalie McGarry, MP for Glasgow East since May, failed repeatedly to respond to questions over the missing money.

McGarry, who was responsible for donations from members during the 2014-15 period in question and still sits on the organisation’s national committee, has offered to help police with their enquiries, but denies any wrong-doing.

A source within Women for Independence, who did not wish to be named, said: “Natalie had been asked to account for the discrepancy on numerous occasions and failed to do so.

“I really hope she can explain herself to the police in a way she couldn’t to Women for Independence. Then we can say ‘thank goodness for that’ and move on.”

SNP candidate for Aberdeenshire East Gillian Martin, who sits on WFI’s national committee, also told Commonspace that McGarry had been asked to explain the figures by the committee ever since concerns arose in late summer, but had not done so.

On the decision taken by the national committee on 22 November, Martin said: “We’re gutted that we had to, but when you notice something like that you have to go to the police.”

A statement supporting the action was signed by all members of the 23-strong national committee except for McGarry herself, and two others who were uncontactable at the time.

Another elected committee member, who wished to remain anonymous, told Commonspace: “The matter is in the hands of the police. We’re carrying on with the incredibly important work we’re doing around the country, particularly the National Justice Watch campaign.”

They added: “It’s too good a cause to be betrayed on one thing like this.”

A statement issued by Women for Independence noted that “apparent discrepancies” in donations and expenditure during 2014 and early 2015 had come to light in late summer, leading to the group contacting the police. A police investigation is now ongoing.

Commonspace was able to confirm that SNP MP Natalie McGarry had sole control over the PayPal account through which donations were made, and consequently was asked by WFI staff to account for the missing money, but failed to do so. The figure is estimated to be between PS30,000 and PS40,000.

In an email to members quoted in The Guardian , the organisation said it had “exhausted all opportunities of obtaining adequate evidence or explanation” for the discrepancy and that they “now have reason to believe that trust may have been abused”.

Rumours that the allegations are driven by internal politics and personal vendettas were strongly denied by all the WFI members contacted by Commonspace.

McGarry is not providing comment on the case, but her solicitor Aamer Anwar said in a statement: “Natalie McGarry MP is aware that suggestions of reported discrepancies in the accounts of ‘Women for Independence’ have been passed to Police Scotland.

“This morning I contacted Police Scotland at Natalie’s request to advise them that she is ready to meet with them should they wish to.

“Accordingly I have advised Natalie that it would be inappropriate to make any further comment until the conclusion of that inquiry, other than to state that she is certain that there has been no wrongdoing on her part.”

Anwar also acted as SNP MP Michelle Thomson’s solicitor when she was caught up in allegations of improper property dealings in September. She resigned the party whip but denies any wrongdoing.

The Labour party is now calling for McGarry, who also acts as SNP social justice spokesperson, to be suspended.

Labour MSP Jackie Baillie, in a letter to First Minister Nicola Sturgeon, said: “Given that it was right that Michelle Thomson’s membership of the SNP was suspended during a police investigation, can you confirm that it is also right that the same standard will now apply to Natalie McGarry?”

Sturgeon responded by saying she would consider action against McGarry but needed more information about the case.

Women for Independence was founded in 2012 by a group of women which included McGarry, as well as former SSP MSP Carolyn Leckie, and current SNP candidate Jeane Freeman.

The organisation was a key player during the independence referendum debate. Its aim was to make women’s voices heard and to challenge male-dominated politics.

WFI continued to grow after the referendum in 2014 and now has 51 active local groups campaigning on prison reform, refugee rights and child poverty, among many other issues.

An investigation by Police Scotland into the allegations is ongoing. An SNP spokesperson said: “The SNP are aware of reported discrepancies in the accounts of Women for Independence. However, we have yet to see the detail behind these claims.”