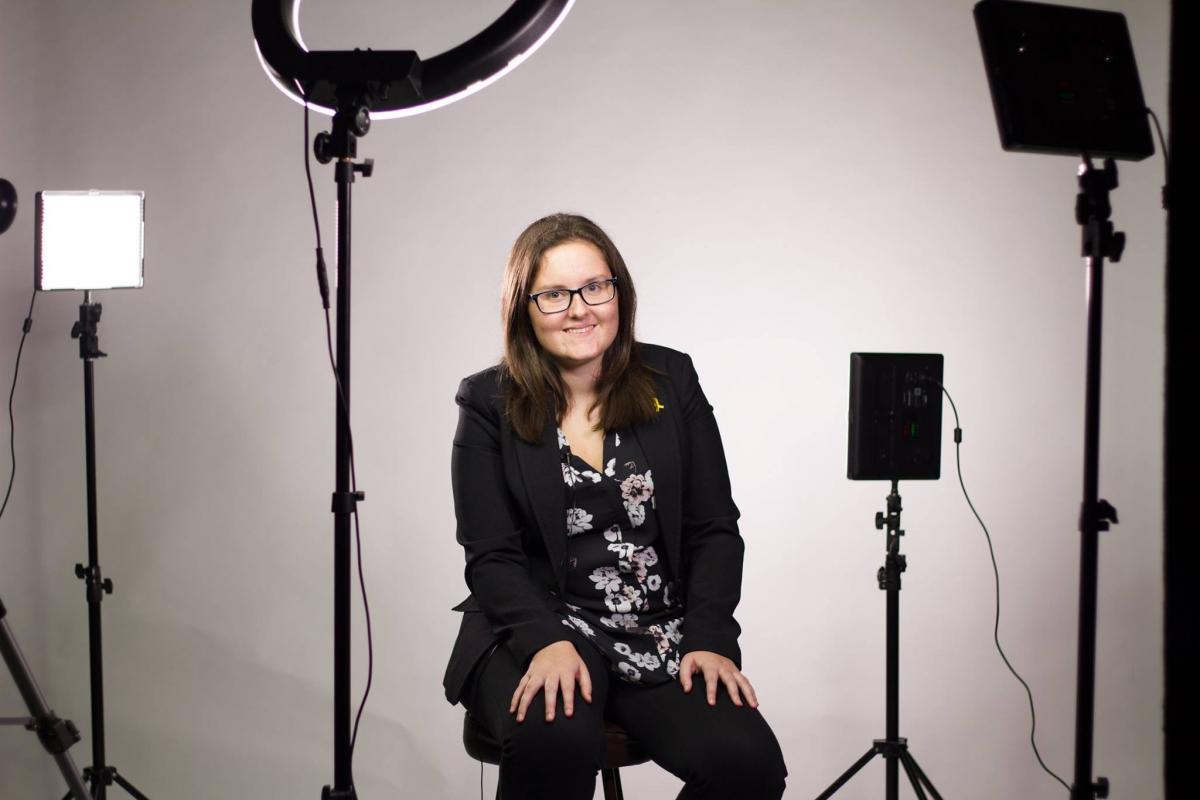 ENDOMETRIOSIS is a life-changing, chronic and debilitating condition which affects one in 10 women, but with an average diagnosis time of over seven years, young Scot Dionne McFarlane is fighting to ensure that other young women do not suffer in silence.

It is estimated over 1.5m women suffer from the condition which causes cells usually found inside the womb to grow elsewhere in the body, causing extreme pain and in some cases infertility, fatigue and bowel and bladder problems.

Endometriosis UK, the advocacy organisation for sufferers, say the condition can devastate the lives of women it affects and in a survey, they found it took women on average more than seven years to get a diagnosis after the onset of symptoms.

20-year-old Dionne McFarlane from Edinburgh is one sufferer who was diagnosed six years ago, who hopes that through her awareness campaigning Scotland could improve the time it takes for sufferers to receive a diagnosis and effective treatment.

Speaking to CommonSpace about her diagnosis, Dionne said: “It all started six years ago when I started experiencing severe pain. Over the counter medication wasn’t touching the pain and I would spend time in bed hugging a hot water bottle, just wanting the pain to go away.”

The tipping point came during a training session for a new job when her pain began to spread across her back and down her legs: “It was honestly like someone was stabbing me repeatedly, I just couldn’t do anything.

“I was on the floor doubled over in a toilet cubicle, vomiting and was bleeding heavily. My GP ended up having to contact the [gynaecology doctors] to ask for an emergency appointment as things had got so bad.”

“It was honestly like someone was stabbing me repeatedly, I just couldn’t do anything.” Dionne McFarlane, endometriosis sufferer

Dionne takes strong painkillers and other medication to manage her condition and has had two operations. During the second, specialists discovered she was suffering from a “highly invasive” form of the condition called “deep infiltrating endometriosis”.

“I see endometriosis as an enemy as it causes so many problems. [It] is causing other problems within my body, it’s a whole body disease.

“On one occasion I had to go into hospital and was given morphine in order to control the pain.”

As well as the life-changing impact on sufferers, experts have estimated that the condition costs the UK economy around £8.2bn a year due to missed time at work and the costs of treatment.

“I’ve had to take time off work due to this illness, especially for surgeries and flare-ups,” Dionne said, adding: “The flare-ups are always the hardest to manage as they are unexpected.

“I see Endometriosis as an enemy as it causes so many problems.” Dionne McFarlane, endometriosis sufferer

“I always felt guilty phoning in sick from work, because you just feel so useless. It’s always that fear of being seen as unreliable.

“There were days though when I did go into work when I wasn’t feeling well, but I managed and to me, this was a big achievement.”

There is no definitive cure for the condition, and its causes are unknown. Dionne told CommonSpace that not every doctor understands the illness or its treatment options, meaning some young women are advised that getting pregnant or having an operation to remove their womb will cure it.