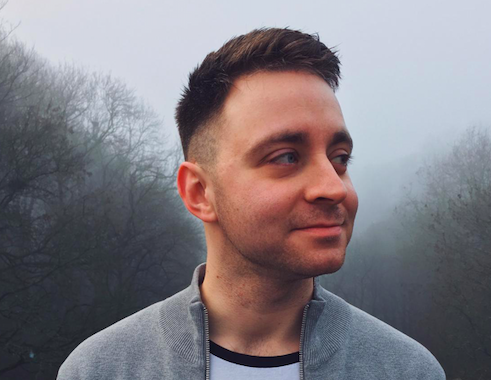 CommonSpace book reviewer Chiara Bullen talks to Scottish fiction writer Ross Sayers about his new book Sonny and Me, and why he thinks “the more we see Scots in books the better”

WITH a glorious, rainbow slushie on the cover of Ross Sayers’ latest book Sonny and Me, this smasher is sure to brighten up the typical dreary Scottish summer. Picking up the Scottish Book Trust’s ‘Book of the Month’ in June, Sonny and Me is a Young Adult (YA) tale about two boys who discover a murder mystery at their Stirling high school – and it’s absolutely class.

Sayers is a graduate from the University of Stirling’s Creative Writing Masters, picking up a publishing deal with Scottish independent publisher Cranachan shortly after he graduated.

“I feel like my journey into writing is a bit boring compared to everyone else’s,” Sayers says. “Although, I was lucky enough to get the last spot on the creative writing module at Stirling during my undergrad. Without that, I probably wouldn’t be where I am today. Saying that, I spent that course writing poetry and I still couldn’t tell you what a good poem actually looks like. Thankfully, I made the switch to Fiction.”

Audiences across Scotland benefitted from that swerve in creative direction and Sayers published his debut, Mary’s The Name, in 2017.

“That was also a stroke of luck. Cranachan, my publisher, were still accepting adult titles at the time. They’ve now decided to focus entirely on children’s and YA books, so if I had waited any longer I might have missed the boat there.”

A crime novel with a charming twist (you can read the Bookspace review here), Mary’s The Name went on to be nominated for the ‘First Book’ category in the Saltire Literary Awards in 2017, giving Sayers a strong start to his literary career.

READ MORE: BookSpace: Animals Eat Each Other; Sonny and Me; The Ice House; The Starlight Watchmaker

Sonny and Me was published earlier this summer and was celebrated with launch parties in Stirling and Glasgow in early June. For those yet to be introduced to some of the best YA protagonists I’ve ever come across, Sonny and Daughter are two sixteen-year-old boys trying to survive fourth year of high school. Their somewhat peaceful lives are wrenched apart when their favourite teacher leaves unexpectedly due to being caught up in a murder investigation. Determined not to let their only hope to get into Higher Maths disappear, the two set out to prove she was framed and try to get her back. The setting of Battlefield High is delightfully reminiscent of the Central Belt high school experience.

“For anything but the murder plot, my own experience in high school was my inspiration for Battlefield,” Sayers explains. “I hoped it would be relevant to Scottish people who went to high school, and the relationship between students and teachers is something I saw a lot during my time there. It might have changed a bit since, but I always remember having a laugh with the sound teachers.”

One distinctive aspect of the book is that it’s written almost entirely in Scots. With publishers like Black and White offering children’s and Young Adult classics translated into Scots (such as Harry Potter), we’re seeing more and more titles in Scots on bookshelves across the country.

“I’d say Sonny and Me is written in ‘medium’ Scots,” Sayers says, noting that whilst the characters speak in Scots a lot of the descriptions are in English. “But my next book will definitely be full Scots. The more we see Scots in books the better, as I think there’s still a bit of a stigma around it. If Scottish kids can grow up and see their language reflected in books that isn’t just a one off, they’ll feel it’s more ‘acceptable’ to use it in their writing.”

“It also really annoys me when I see books set in Scotland but characters don’t even have a hint of Scots in their conversations,” he adds.

The Young Adult (YA) publishing category is not one to be entered lightly. It has a notoriously voracious following and with falling sales, competition is stiff to get your story on the shelves. However, Scottish publishing is rising to the challenge. Black and White’s Ink Road Young Adult imprint is going strong, whilst Barrington Stoke’s Young Adult books suitable for dyslexic and reluctant readers is making the genre more accessible. And, of course, there’s Cranachan who publish Young Adult books with Scottish themes and settings through their Gob Stopper imprint, Sonny and Me being one of their latest. “They’re so supportive and have a great community of authors,” says Sayers on working with Cranachan.

When it comes to writing YA books, there’s also the challenge of fighting the assumption that the books are only for teenagers and children.

“I wasn’t conscious about that until someone at an event told me ‘Oh, I don’t like teen books,’ and instantly dismissed Sonny and Me because it was classed as YA. But imagine if people felt that way about TV shows that are technically Young Adult—like Derry Girls. You’d miss out on something that good because you lump everything in that ‘genre’ together? There’s a huge variety of stories in YA that people of all ages should read.”

“Book 3 will be coming out in late 2020. I can’t give too much away, but expect a Glasgow Subway time-travelling experience—written in Scots, of course.”

Sonny and Daughter learn about current relevant and pressing societal issues whilst at school — including toxic masculinity, feminism, LGBTQ+ rights and racism.

“It was important for me to include these aspects in the background, because I’m conscious I’m a white, straight, male writer and wanted to show a dialogue between characters about these themes,” Sayers explains. “These issues aren’t my stories to tell, but I could show they were still very present in the lives of my characters. It’s more like—I hope people will pick up the book and find that it’s a reflection of the diverse world around them and seek to learn more, as opposed to me taking up space to tell those stories.”

So, what’s next for Sayers?

“I can give you a wee exclusive,” he jokes. “Book 3 will be coming out in late 2020. I can’t give too much away, but expect a Glasgow Subway time-travelling experience—written in Scots, of course.”

Get your copy of Sonny and Me here. 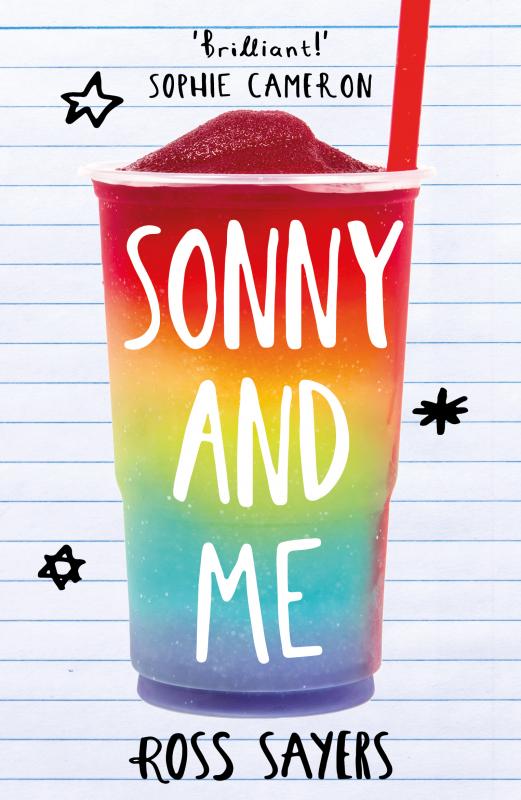