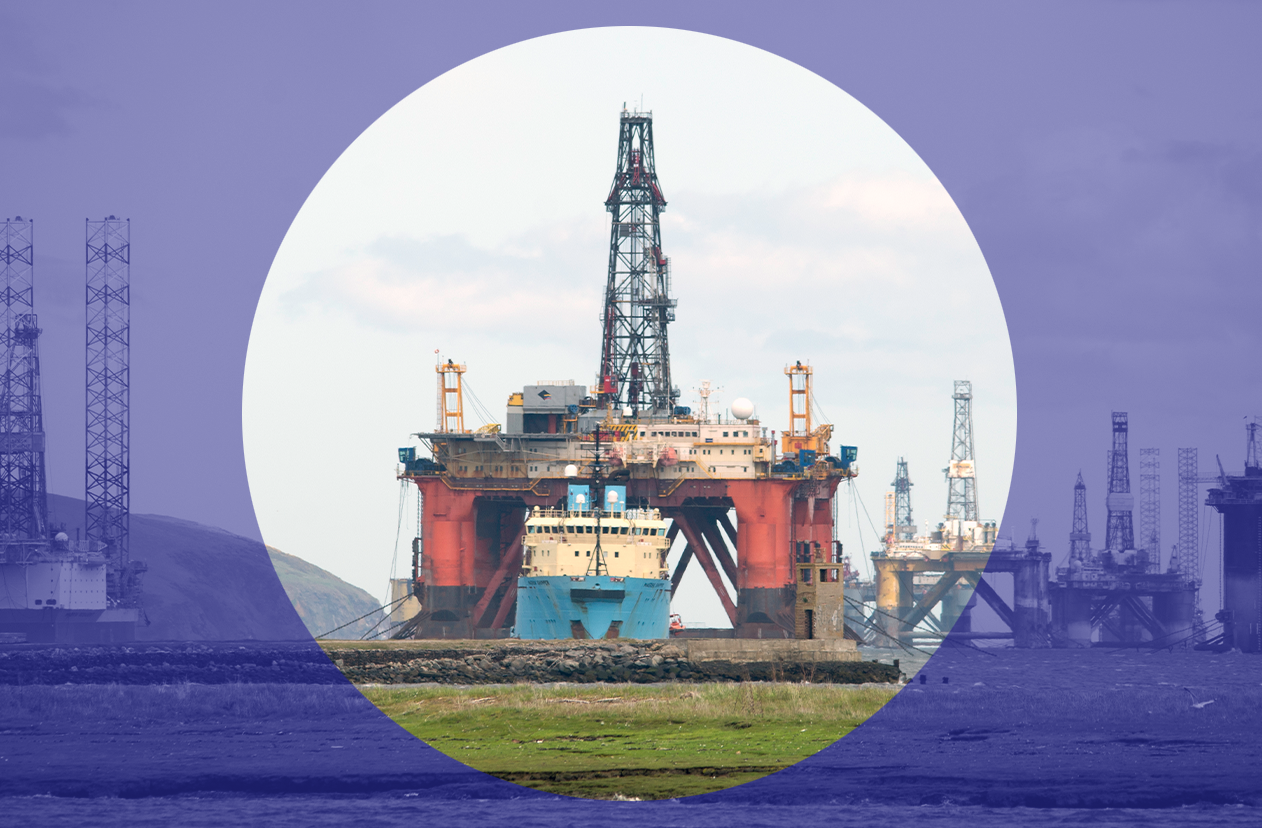 WITH the planet already having warmed one degree and little time left to turn the reassuring words of world best targets into the hard actions required to actually reduce C02e emissions, we cannot afford to waste time on false solutions.

The Oil and Gas Technology Centre report (OGTC) ‘Closing the Gap Technology for a Net Zero North Sea’, published 16 September, is one such deeply dangerous exercise. Can we agree that it is acceptable to use the word dangerous? We know putting more carbon in our atmosphere now kills, and the more we put out, the more life we end.

Selling the idea that oil and gas has a central role in creating a net zero world is not an easy one, and you have to give the industry points for trying with what is a seductively presented engineering vision of deep change, allowing life as usual for Citizen Consumers – and more importantly, business as usual for shareholders and governments. But in reality, any examination of these plans by those of us who have been following the technologies they talk about for a decade illuminates a report full of fantasy solutions liberally painted with green wash.

However, what worries me most are comments by Scotland’s minister for energy Paul Wheelhouse stating that the system envisaged “could help Scotland and the UK meet the emissions reductions targets set by their governments on the timescales required.” One can expect the oil and gas industry to want to continue to own our energy future, but we should not expect senior members of the party who used to believe it was ‘Scotland’s oil’ to be so keen. Of course, the time for Scotland’s oil has passed. It is now the time for Scotland to own its land, water, air and energy – national resources for the national good.

So why is this report so dangerous? What can be wrong with a system trumpeting 200,000 high skilled jobs and carbon neutrality? Well, lots – mainly because what it represents is a Trojan horse nicely wrapped up in a false solution that itself is proving as elusive as Nessie whose ghostly figure is neatly shrouded in a greenwashing smokescreen.

The energy system the OGTC envisage relies on using hydrogen, a highly combustible energy rich fuel to power transport, heat and energy currently powered by the hydrocarbons (oil, gas, coal) that the relevant industries currently have licenses to exploit.

Now, hydrogen does have a role in transitioning to a net zero economy, but what is crucial is the feedstock used to make it. There are two essential routes: clean hydrogen is typically processed using renewable energy to separate the hydrogen from the oxygen in sea water.  Scotland has plenty of these and we can be a world leader here – in fact, I would strongly urge the Scottish Government to base a significant part of its industrial policy on developing this. The other basic form of production is to use oil, gas and even coal or tar sands as the feedstock, cleave off the carbon from these hydrocarbons and be left with the hydrogen.  This is dirty, expensive and has one fatal flaw – you are also left with copious amounts of carbon dioxide. This is the route, believe it or not, that the owners of the oil and gas reserves want us to take.

It is essential to remember that the stock market value of oil and gas firms is based on their oil and gas reserves. They are worth what the stock market thinks these can be sold for. So for them, these reserves must be part of the solution to climate change; this is why they place dirty, fossil fuel-based hydrogen at the heart of their plan. They don’t refer to it like that; they prefer to use the phrase ‘Blue Hydrogen’, which sounds much nicer – you can almost hear David Attenborough utter the words ‘Blue hydrogen, Blue planet…’ But please, when you hear blue hydrogen, think dirty hydrogen.

As pointed out earlier, this process has a greenhouse gas waste problem to deal with. But as luck would have it, the oil and gas industry have ‘solved’ this problem – or to be more accurate, they claim it can be solved.

Having cleaved the hydrogen from the hydrocarbons, their system utterly relies on capturing and sequestering all the carbon dioxide left over – in other words, safely storing it away forever. This is Carbon Capture and Storage (CCS) or even Carbon Capture Utilisation and Storage (CCUS), and they are the Loch Ness Monster in this story.

Why are they mythical? Because as those without carbon-based fuel to sell have pointed out for years, CCS has not been shown to work at anywhere near the scale required and has significant costs.

A few figures here might help to put this into perspective: Globally, according to the OGTC report there is currently active installed capacity for 41.9 millions tonnes of CO2. Sounds a lot? Wrong. Global greenhouse gas emissions were 36.81 billion tonnes in 2019, or for easier comparison, 42 million vs 36810 million. CCS capacity is running at 0.11 per cent of emissions. This is the same percentage as in 2014. To say they are not moving fast enough is the mother of all underestimations.

Behaviour change due to Covid accounted for 15 times more carbon dioxide being removed than the CCS can currently. To put the knife into CCS and then twist, the most successful forms of sequestration (acknowledged in the OGTC plan) is used to push more oil and gas out of old wells – that’s the ‘utilisation’ part. We would be utterly, utterly reckless to back a plan whose key carbon reduction technology is so wholly inadequate for the job ascribed to it, and shows no realistic chance of existing in the time we have left.

So in their detailed report of ‘could’, ‘should’  ‘maybe’ and ‘possible’ technologies, their plan boils down to this: They want to keep using fossil fuel gas, ‘cleaned’ by technologies working at .11 per cent of the capacity needed. They want to continue to own and operate the infrastructure tying us to their future, and they reckon it will only cost £450 billion – which we should contribute to, by giving this poor, hard-up industry tax breaks.

How about this instead: the OGTC should go away and rework their plan based on a ‘two out one in’ policy. They get to produce dirty (blue) hydrogen only when they’ve removed (independently audited, please) the CO2 they have already put into our atmosphere plus the amount equal to that they plan to create as they byproduct of making the fuel. Before they get a license for dirty blue hydrogen, they should first clean up their mess and prove they have the storage capacity free and available now for future waste. Come back to us when you have figured that one out.

If we decide that hydrogen is a useful transition fuel – which it certainly can be for long distance air travel and bus and coach travel – we could use ‘green’ hydrogen, but that only needs sea water and renewable electricity. The problem for the oil and gas industry is that it’s tougher to get these into private hands, so therefore this doesn’t ‘work’ for them.  (Well, it does have one small use – you can add it into your report as a smokescreen by pretending your plans include some ‘green’ hydrogen.)

The OGTC report is a Trojan horse wrapped up in a false solution based on finding Nessie – and should be treated as such.

Professor Iain Black is co-chair of Friends of the Earth Scotland.