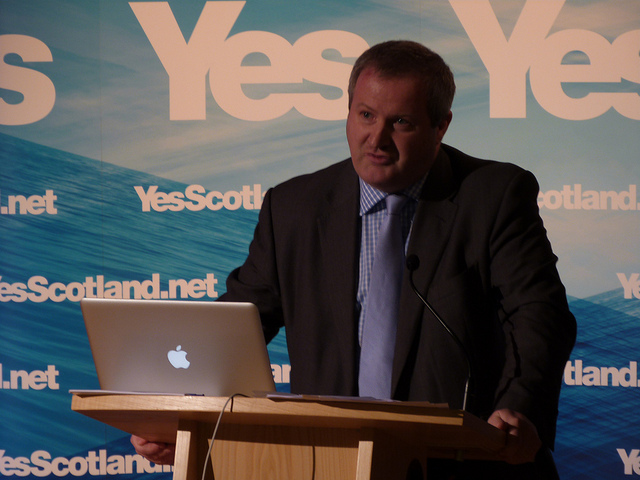 Being depute leader as well as MP and Westminster leader was “maybe too much to ask,” Blackford said

IAN BLACKFORD, the SNP Westminster leader and MP for Ross, Skye and Lochaber, has announced that he will not be seeking the SNP depute leadership.

Blackford, so widely considered as a likely candidate for party deputy following the unexpected resignation of Angus Robertson that some within the SNP warned against a “coronation”, told the Press & Journal that he did not desire the position in addition to his present responsibilities.

Blackford said: “To be honest I had made my mind up last weekend but I wanted the opportunity to reflect.

“I was being given a lot of encouragement by people in Westminster, in Holyrood and elsewhere in the party and I wanted to be able to reflect on that.

“I take quite seriously the responsibilities I’ve got as leader in Westminster and supporting the government in Holyrood. If I was depute leader as well, something would have to give.” SNP MP Ian Blackford

“First and foremost for me it is an absolute privilege to be the MP for Ross, Skye and Lochaber. I think there is something special that comes from being a Highland MP.

“I am the Westminster leader and that is not something I anticipated. I am very much enjoying leading the group and I think there is an immense task over the coming period getting through the morass of Brexit.

“I take quite seriously the responsibilities I’ve got as leader in Westminster and supporting the government in Holyrood.

“If I was depute leader as well, something would have to give. I think it is maybe simply too much to ask.”

Blackford continued: “I look forward to working with whoever becomes depute leader. I want to be part of that team but I want to do it as leader at Westminster and as a constituency MP,” he said.

With Blackford having ruled himself out, there is no solid frontrunner for the position. Only Glasgow MSP James Dornan has declared his candidacy thus far, though Edinburgh East MP Tommy Sheppard and Glasgow Provan MSP Ivan McKee have both told CommonSpace that they have not ruled out also running, while a spokesperson for Edinburgh South West MP Joanna Cherry QC told CommonSpace that Cherry is “currently considering her position.”

The new depute leader is expected to be announced at the SNP’s Aberdeen conference in June after a vote amongst the party’s membership.