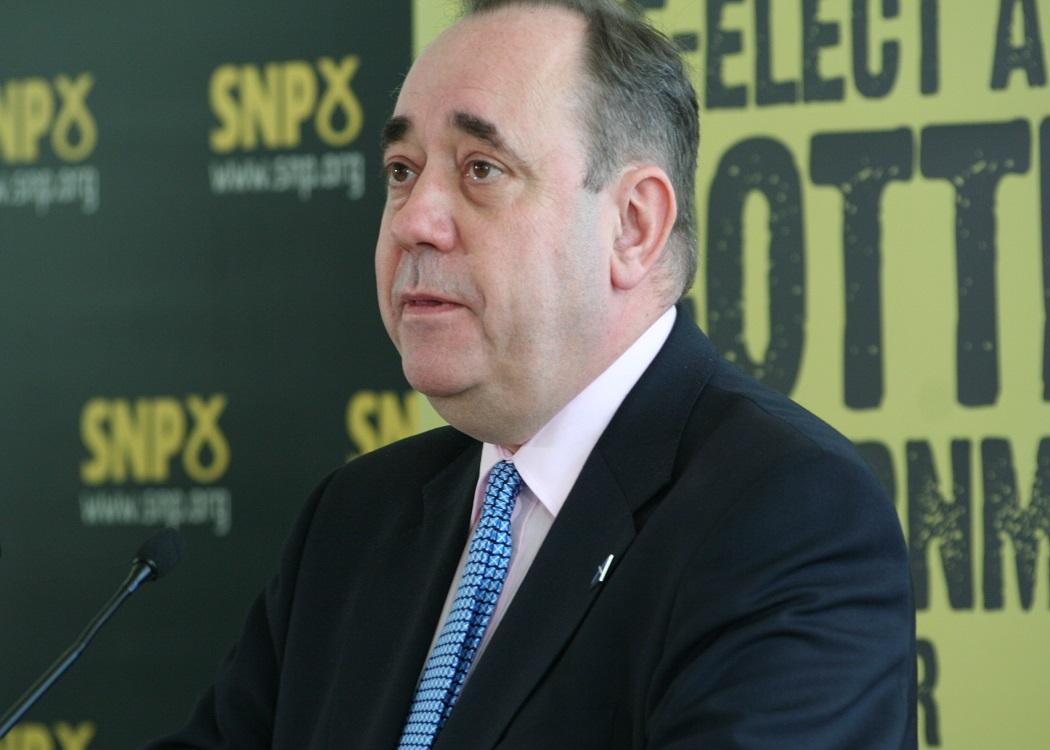 THE most successful politicians are never truly appreciated in their own time. Even if they win staggering, impossible, electoral victories, even if they consistently confound their critics and humiliate their opponents, even if they remake the political landscape in their own image; there will always be those who loathe, hate and revile them.

I speak, of course, of Margret Thatcher.

But Tony Blair, and Alex Salmond would also fit. Much as the former first minister might rightly balk at the comparisons, there is one area where it’s instructive: the level of hatred they inspire in their enemies.

No matter how you feel about them, Thatcher, Blair and Salmond are the most important British politicians of the last 30 years. All of them were not only electorally successful, but they changed the political culture of their country in ways no one could have foreseen. Salmond may have been operating in a smaller arena, but also started from a much lower base.

Their success partly explains why all three inspire such bile: no one likes being defeated.

No matter how you feel about them, Thatcher, Blair and Salmond are the most important British politicians of the last 30 years.

But Thatcher and Blair committed specific actions that enraged. The Conservative dragging the country kicking and screaming to the right and Blair dragging the Labour party into an unnecessary, unwanted war. Whereas Thatcher was hated for changing the country, Blair was hated for changing his party. People fear change, and fear is the root of hatred.

But the hatred of Salmond is harder to explain. He did not, after all, deliver independence for Scotland. His government was not radically different from what came before. Yet across England and in some of Scotland he is seen as the devil incarnate.

David Cameron based a substantial portion of his re-election campaign around the idea that Alex Salmond was a thief, knowing it would strike a chord with many voters.

Social Media constantly boils with vile slurs about him that should sicken anyone. Smart and respected commentators scour his every utterance for anything that could be seen as offensive, to reinforce their already low opinion of him.

This hatred towards him is not based on what he’s done or proposes, but rather who he is. Though he threatened to change the UK by taking Scotland out of it, Nicola Sturgeon has shown it’s possible to present that prospect in a more appealing way. Rather it seems to be Salmond’s manner that riles, what is seen as his arrogance, smugness and temper.

While those flaws may be perceived more than real, they do exist and they’ve grown since he stepped down as first minister. There is a slow acclamation of rumours and stories of rudeness, brusqueness, minor cruelties that I did not hear about him five years ago.

David Cameron based a substantial portion of his re-election campaign around the idea that Alex Salmond was a thief, knowing it would strike a chord with many voters.

Hatred is a two-way process. It is not possible to ignore such a cacophony of loathing without changing, without hardening, becoming more dismissive of your opponents, more dependent on the sycophantic.

While he remains on the political scene, Salmond will always be a target for those who hate him. That hatred looks increasingly likely to define him, and the slow drip of embarrassments and ‘incidents’ may become an unignorable, incontinent roar.

The smartest thing Salmond ever did was recognise that he had become too polarizing to take his party any further and stand down after the referendum. His greatest mistake may be not leaving front line politics entirely.