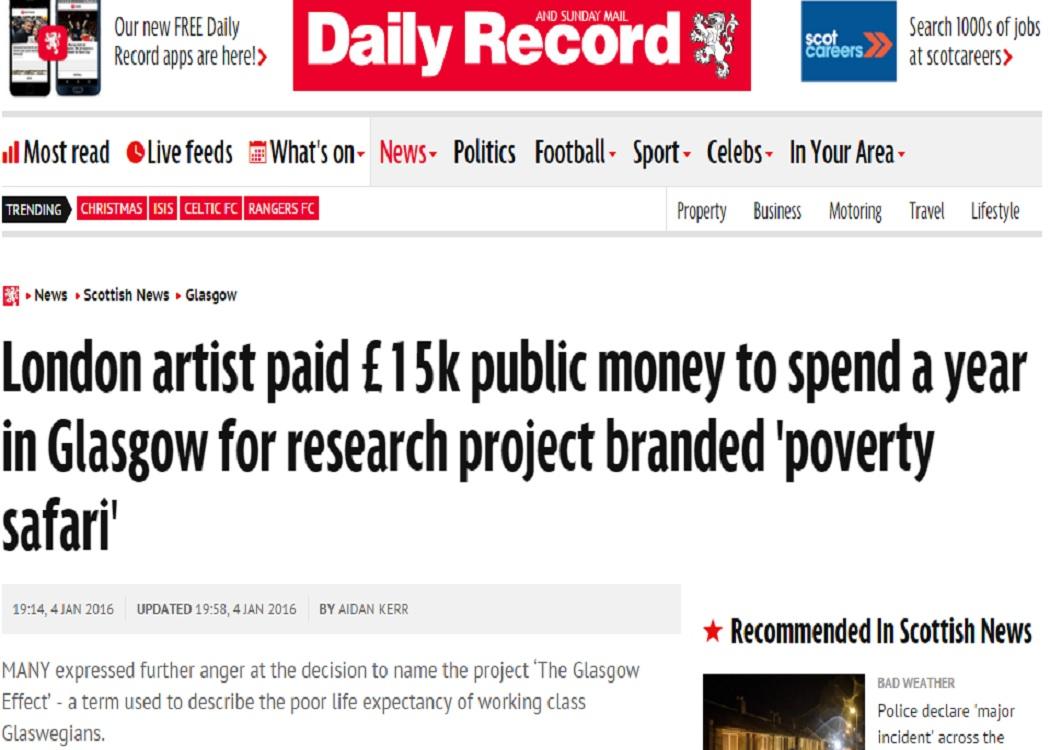 IT IS a gospel truth for many that the Scottish media loathes the very notion of Scottish nationalism.

Yet away from the politics pages and the editorials, in the articles people actually read, it is another story. Like pop songs, the most popular news stories are already familiar. They build on what we already think, play on what be already know.

Scottish journalists have long known that any stories that play on the unique fears of Scots, that suggest the English regard us with contempt, that Scots are being looked down on, are near certainties to get the readers attention.

In the aftermath of the independence referendum that’s now truer than ever. And sometimes it’s irresistible. It’s also understandable. Newspapers staff levels are cut to the bone, and then the bone is broken. Nothing sells papers any more, but a spat over Scottishness will get you online traffic, one of the key metrics now used to measure journalists’ job performance.

So you get stories about Tunnocks teacakes ditching their lion rampant and proclaiming their Britishness. Even though the lion was still on the box, and the company was clearly just making a desperate attempt to leech off some of the staggering popularity of the Great British Bake Off.

Then the Glasgow Effect story about questionable arts funding was given that little bit extra oomph by being framed as a London artist traipsing to Glasgow on a “poverty safari”. Even though she’d lived in Glasgow for years.

Stories are given that extra bit of oomph by a jingoistic cherry on top. Stories filed with a grin that says “watch the cybernats go nuts for this one”.

Good, solid stories, but given that extra bit of oomph by a jingoistic cherry on top. Stories filed with a grin that says “watch the cybernats go nuts for this one”.

It’s entirely understandable to reach for the tools that will make a story a hit. It’s also undeniable they play on very Scottish fears of being overlooked, patronised and rejected by our neighbours and our own.

So begins a cycle we’ll see many times this year. A news story reports a real or imagined slight to Scottishness and it gets a big response online, especially among the very staunchest Scottish Nationalists.

So every other outlet has to have their version of the story for fear of missing out. The media then gets an easy day two story, reporting the most doo-lally reactions, and a few concerned opinion columns lamenting the death of reason/rise of unthinking nationalism in Scottish life.

And everyone moves on.

But something lingers. The hundreds of thousands who flick through the reports on Facebook remember. They have a faint sense that perhaps pro-union companies like Tunnocks are a bit ashamed to be Scottish, a lingering suspicion that London artists do see Glasgow as little more than a poverty zoo.

Not everyone and not always, but those feelings are real, and more powerful than a thousand beautifully written think pieces disemboweling SNP education policy.

That is normal. You’ll look a long time before you find any paper in any country that doesn’t occasionally resort to a bit of nationalist tub-thumping.

Scotland’s fascinating oddity is both journalists and nationalists seem happy to pretend it doesn’t happen here.

Picture courtesy of the Daily Record