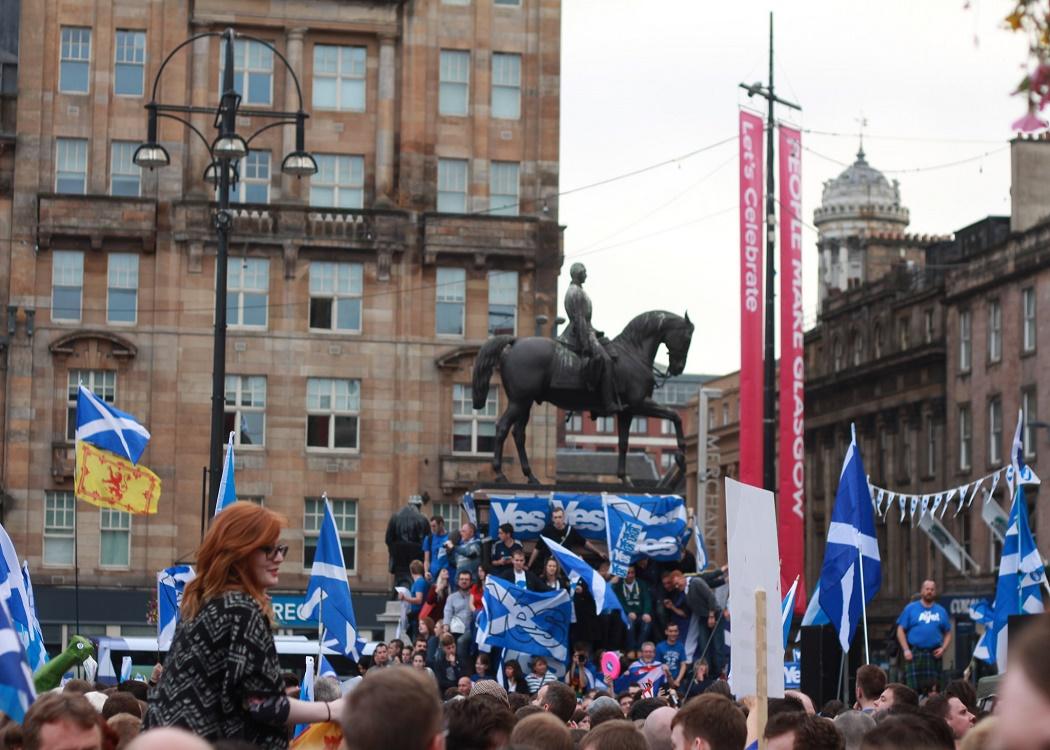 THREE weeks to go. Three weeks until the endless speculation, hand wringing, and feigned outrage will cease. Three weeks of breathless coverage of political events so stage managed Siegfried and Roy would think them over done.

Three weeks until Lord Ashcroft stops haunting the dreams of political obsessives, offering them glittering caskets of polling data that remain forever just out of reach.

7 May seems a long, long way away.

With the campaign proper just under way, even the most hardened Scottish political obsessives are already muttering they’ll be glad when it’s all over. Despite the prospect of a half a century of Labour dominance in Scotland being ended, in a political shift almost without precedent, this election is more of a grudging, trudging slog than thrilling race to the finish.

Essentially, the main parties are running campaigns based on the principle ‘Vote for us! We’re not the other lot!’

Partly this is down to the relentlessly honed bitterness of the main parties’ messages. After five years in government the Tories campaign has collapsed into shouting ‘Ed Miliband is weird’ over and over and over again.

The Labour party has responded with the soaring inspirational anthem “We are not quite as mean as the Tories” and jammed down the repeat button. Meanwhile, the SNP are heading for vast success on the basis of the alternatives being grim despite offering little evidence they’re that much better.

Essentially all of the above are running campaigns based on the principle ‘Vote for us! We’re not the other lot!’

It’s hard to get excited about that.

In addition. the main parties are so paranoid about gaffes and people straying off message that you’ll find more excitement in a Motherwell Greggs than at any campaign event.

Gordon Brown muttering about Gillian Duffy being a bigot in 2010 has seared itself into the minds of a generation of political advisers, convincing them only an entirely air-tight campaign can be successful – with the consequences that journalists are not often not allowed to hold their microphones when asking politicians questions, just in case they risk a tricky follow up query.

We’ve also just had a long and bruising referendum campaign, so there’s a sense of similar faces saying similar things in a similar way, that is all too similar similar similar.

Elections are flashy showstoppers that end the Broadway musical, but without the actual business of politics going on first you’ve got no show.

Little seems fresh, the messages are negative and there’s almost no chance of something surprising happening. Is it any wonder even the most devoted political junkies are considering getting clean?

Even getting to 8 May will give little relief, as once scores are settled and alliances formed, eyes will start glancing ahead to next year’s Scottish Parliament elections.

It’s at that point that Scottish politics being in a state of permanent campaign will become a real problem.

Elections are flashy showstoppers that end the Broadway musical, but without the actual business of politics going on first you’ve got no show. Defeated parties need time to go away and think about what they’ve done, and try to improve. Winners need to get on with the business of actually governing.

After three years of near constant campaigning, Scottish politicians may wake up on 5 May 2016 and realize they’ve forgotten what they were fighting for.