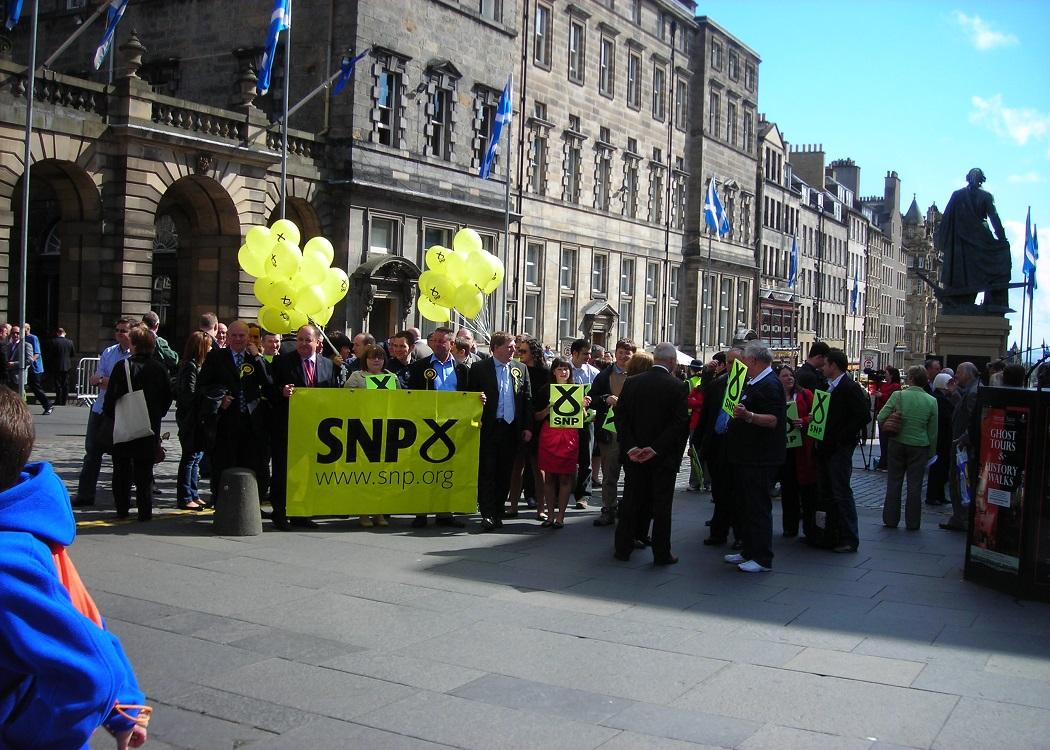 The SNP and its supporters should enjoy this victory, Commonspace columnist Ian Dunn suggests, as it’s likely to be the best day for many years

A POLITICAL tsunami will sweep over Scotland today. Even if the polls are wildly wrong, the yellow surge will sweep the Labour party out of seats it assumed they would never lose. But even the largest waves roll back.

Today, the voters of Scotland will hand the SNP a great victory, but the widely held assumption that this heralds the SNP dominating Scottish politics for the foreseeable future is incorrect.

The road ahead for Nicola Sturgeon is much harder than either doom mongering Unionists or ecstatic Nationalists assume. In only a year, we have elections to the Scottish Parliament, which the prevailing wisdom says will see the SNP comfortably defend its majority government status.

Yet the Scottish electorate have proven remarkably savvy in voting differently in Westminister and Holyrood elections.

Part of the reason voters have swung to the SNP in this election is the increasing sense that Holyrood is where matters important to Scots are settled, so they can afford to send a legion of mischievous nationalists south to give the English ‘a wee taste of their own cake’.

The Scottish electorate have proven remarkably savvy in voting differently in Westminister and Holyrood elections.

While many of those who united in the ‘Yes Alliance’ have swung behind the SNP, at the Holyrood election they’ll have far more options. The 45 per cent that voted Yes may not remain united behind the SNP.

The Scottish Greens are already quietly confident of their best ever result, and are urging this year’s SNP voters to give them their regional vote.

On the constituency vote, the SNP has a lot of ground to defend, and the other parties will concentrate their resources and best candidates effectively; the Tories in the south, Labour across the central belt and the Lib Dems in the Highlands and Islands.

In each case, the SNP will also have to defend its record in government, which is not impressive. Literacy rates among the under-10s are dropping dramatically, we have an overpowered and poorly monitored police force and the Scottish NHS is not hitting its own targets.

The 45 per cent that voted Yes may not remain united behind the SNP.

With all this, there’s a strong case to be made that the SNP does not deserve another shot at majority rule. Even if it gets it, it will only be a retrenchment of past gains, not another sweeping victory.

That will not happen. Even if there is another referendum, the latest polls show a comfortable majority for staying in.

While the ring wing press may shriek incessantly for Britain to leave the EU, the largest chunk of the campaigning will fall to the only party totally committed to leaving; Ukip. A party that would struggle to convince a majority of the UK the sea is wet.

So no Britain voting to leave the EU, and no Scotland voting to leave UK. Rather, an SNP government in Edinburgh, continuing on and on, getting more tired, making more mistakes. Faced with an electorate that has dispensed with the idea of safe seats in Scotland.

Today will be a great day for the SNP. It will be a long, long time before it has another one as good.