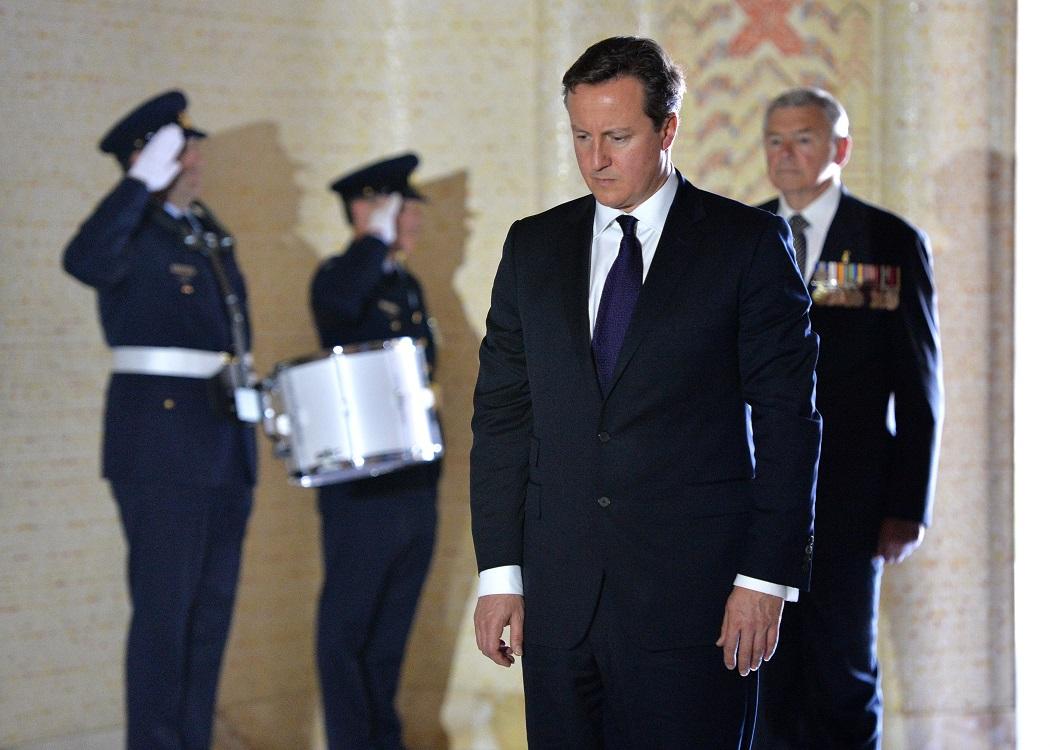 The anniversary this month of the SNP bringing down a Labour government in 1979 has become more of a talking point than in most other years since, adding further fuel to the fire just weeks before one of the tightest General Elections the UK has ever seen. CommonSpace #GE2015 columnist Ian Dunn takes a tongue-in-cheek look at politicians who will do almost anything to try and win support

THIS Saturday, members of Scottish Labour plan to mark the 36th anniversary of SNP MPs voting to bring down Jim Callaghan’s government by wearing black armbands and laying wreaths.

You might think the distant anniversary of some politicians voting against a widely discredited government they were not part of is not worth mentioning, let alone grieving. But that is because you’re not a highly paid political operative.

I can exclusively reveal that Saturday’s events are just the start of a new phenomenon in politics: Commemorative Campaigning, or COMCAM. With so many apathetic, the intent is to link electoral campaigns to something people have a real emotional connection to, like funerals.

It’s testing off the charts in focus groups and if Saturday is a success Scottish Labour will follow up by unveiling plans to make 18 September a permanent national day of mourning.

Among the suggestions being considered are honesty circles all over the country where Scots can grieve together.

“September 18 2014 was a tragic day for Scotland,” a party insider said. “Forty-five per cent of Scots voted against the Labour party line. That was a very hurtful thing to do and we think having a day to reflect on that, and let Scots think about what they’ve done, will really help bring closure.”

He also stressed this wasn’t just about the referendum.

“We want to move on from that,” he said. “This will be a day for any Scot who’s ever voted against the Labour Party. We’re a forgiving party, and we’re willing to accept the Scottish people back but they have to acknowledge what they did was wrong.

Among the suggestions being considered are honesty circles all over the country where Scots can grieve together.

“It might be helpful to hear exactly what it felt like when Scots voted for other parties,” the party spokesman mused. “Just how did it feel to put your tick in another box?

“Was it a bigger tick? Did you feel more satisfied afterwards? If you can be truly honest about that, maybe Labour can forgive you.”

It’s not just Labour who are embracing this new trend. Sources within the SNP have revealed that Alex Salmond is also pushing for Scotland to have a national day of mourning, but he is suggesting 19 September.

“That’s the day Alex stood down as First Minister,” a Nationalist source revealed.

“And he knows Scotland’s never really got over it.”

Early plans for the 19 September ‘Festival of Sorrow’ would see an enormous 65ft tall statue of Alex Salmond carried along Princes Street in Edinburgh by adoring crowds.

Early plans for the 19 September ‘Festival of Sorrow’ would see an enormous 65ft tall statue of Alex Salmond carried along Princes Street in Edinburgh by adoring crowds and then up Arthur’s Seat. At the summit the statue would be burned and the real Alex Salmond would emerge from the ashes as the crowd chants ‘Alec, O Alec Father, you are the potter, we are the clay’.

Mr Salmond would then sit on what one document describes as a ‘rocket-throne’ and ascend into the heavens.

“Alec wants it to be understated and dignified,” my source said.

Not wanting to be left out, the Scottish Lib Dems are looking at proposals that will see them all dress in black and walk around the country flagellating themselves to mark the moment the Scottish people lost all respect for them.

“We’re not exactly sure when that was, so we’re just going to do it constantly,” a hooded figure that smelled a bit like Willie Rennie said.

The Scottish Conservatives are to push for a minute’s silence at all football matches next year to mark the moment in 1922 when the prime minister wrote a bitchy anonymous letter to the Times.

“Our analysts have gamed out a Wandering Jew strategy where if we just keep at it for 2,000 years, eventually people will be willing to vote for us again.”

The Scottish Conservatives are to push for a minute’s silence at all football matches on 6 October next year to mark the moment in 1922 when the Conservative Prime Minister and MP for Glasgow Central, Andrew Bonar Law MP, wrote a bitchy anonymous letter to the Times.

“The whole point of the Scottish Conservatives is to care about people and causes no one else could or should care about,” a friend of Ruth Davidson’s dentist revealed.

“And this really gets that message across.”

Finally, a spokesman for Ukip has said the party’s Scottish MEP David Coburn will never take part in the ‘exploitative’ and ‘unnecessary’ COMCAM craze.

“I’ll be honest,” he said. “David will spend a lot of the next six weeks in cemeteries shouting at grieving families. But that’s got nothing to do with politics, he’d be there anyway.”