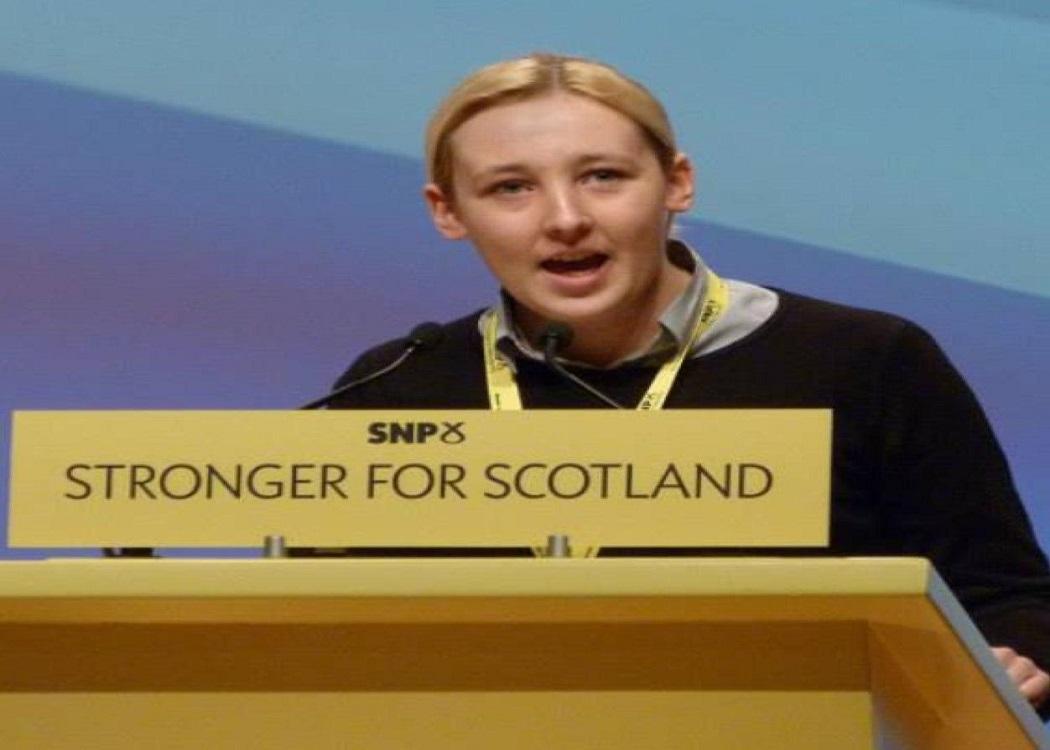 SNP candidate Mhairi Black, just 20, was the target of fierce criticism last week when it emerged she’d once said she wanted to “stick the nut” on “fat cat Labour councillors” goading pro-Yes supporters after the referendum result. Here, Glasgow journalist Ian Dunn argues that the fiasco proves that Black is the type of everyday woman Scots say they want in parliament, not the polished politician voters have become disillusioned by.

LAST week Mhairi Black, the SNP candidate for Paisley and Renfrewshire South, took part in a rich tradition of British politics – the monstering of a first time candidate by a tabloid for foolish previous remarks.

Her crime was shown in a video of a post-referendum rally when she colourfully described being at the Referendum count in Renfrewshire and walking past “all these fat cat Labour councillors goading us, clapping sarcastically, saying ‘better luck next time’ or ‘hard lines'”.

“It took everything, every fibre in my being, not to put the nut in one of them,” she said.

These remarks apparently are a great embarrassment to Nicola Sturgeon and the SNP, and were dolefully described as having ‘no place in our nation’s politics’ by a Scottish Labour spokesperson.

Ms Black’s comments were foolish in that she said in public what we are supposed to pretend politicians never say.

This may come as a shock to many of our fine politicians. Does anyone believe that Ruth Davidson has never lightly suggested Alex Salmond might benefit from a slap across the chops after a particularly robust FMQs? That Nicola Sturgeon, after seeing that picture of Jim Murphy galloping along the Clyde for the thousandth time, hasn’t wistfully wished that some enterprising Glaswegian rugby hopeful would practice their tackling on him? Or that the Scottish Liberal Democrats haven’t desperately tried to figure out who their leader is, in order to give him a good shake?

Ms Black’s comments were foolish in that she said in public what we are supposed to pretend politicians never say. For the all constant complaints that our politics is too polished and its practitioners don’t know how to speak like the rest of us, the instant one of them does, all too many are wailing and gnashing their teeth at the horror of it.

Many nationalists aren’t free of stick here; if a Labour figure had made equivalent remarks there would have been gallons of mock outrage and crocodile tears over the supposed thuggish-ness of unionism.

We in Scotland may not agree on much constitutionally these days, but there is universal agreement that Scottish politics should be free from violence. And the very occasional egg aside, it is.

Politicians are no better or worse than the rest of us, and we shouldn’t expect them to be.

But if we expect our politicians to have never had the merest fleeting urge to violence we are expecting them to be other than human. Every one of us has had the odd urge towards violence: an awful boss, a frustrating colleague. Obviously to act on such urges is terrible but to refuse to acknowledge that we occasionally have them is willfully blind.

Revealing such things may in fact be quite healthy, with the odd joke in that direction sharing a touch of our personal darkness, letting us cope with it a little better.

If we accept that, then we have to accept our politicians may occasionally let their words wander into theoretic violence. Politicians are no better or worse than the rest of us, and we shouldn’t expect them to be.

I have no idea what sort of person Ms Black is; I don’t know if she’ll be an excellent candidate or a poor one, a wonderful MP or a disaster. However I’m absolutely certain that the fact she once wanted to ‘stick the nut’ on a Labour councillor should not be disqualifying. Because if it was, every Labour candidate in Scotland would have to stand down.