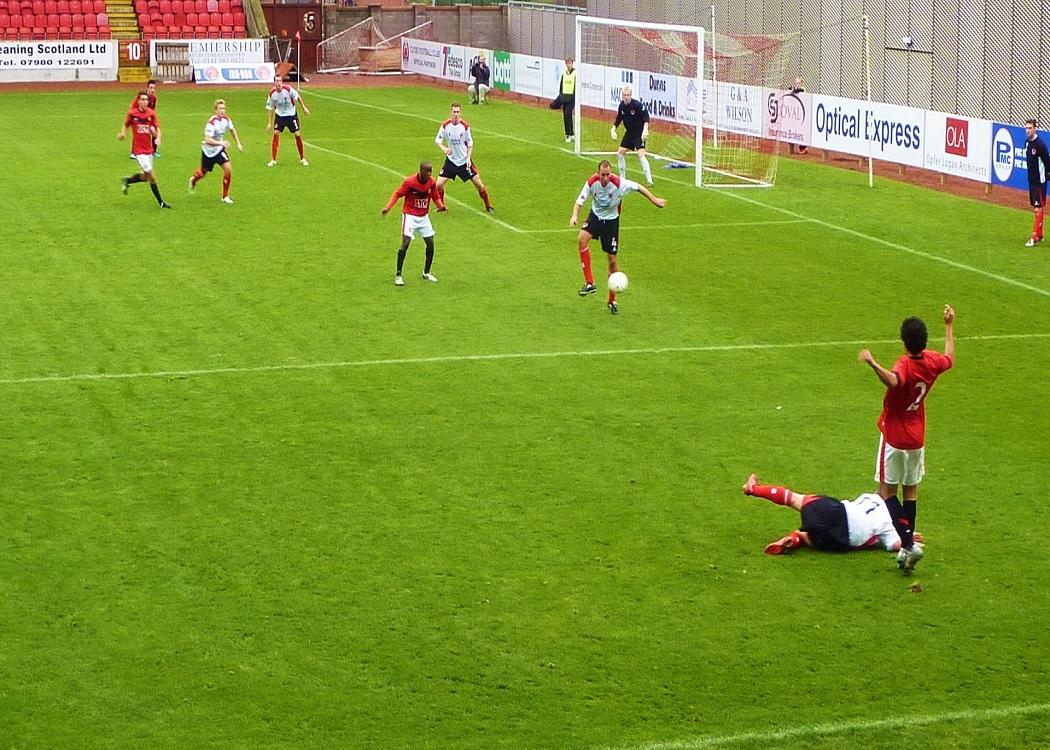 In the midst of the developing Fifa scandal and the ever-growing global football business, CommonSpace columnist Ian Dunn argues kids would benefit more from being brought up with the gritty lessons and magical wins of lower league football

THERE’S been much tutting and fretting lately about declining standards in Scottish education. While I would never down play the importance of education, it’s important to remember the real measure of a person is not found in their exam results or qualifications, but in their character, their determination and appreciation of life.

So if you’re a parent wishing to instill those values in your child, I have a humble suggestion: make them support a lower league Scottish football team. Take them to Brockville, to Broadwood, or Balmoor. Have them follow the Spiders, the Shire, or the Sons.

This may seem counter intuitive or even cruel, but in these footballing frontiers they will learn resilience, independence and what really matters in life.

Many people have come to believe that football is about skill. This is totally wrong.

I will admit a personal interest at this point, I’ve been a supporter of Clyde Football Club all my life. A club that lately has clung limpet-like to the lowest levels of the Scottish professional game. So I know what I’m talking about, and while I’ve no shortage of flaws, many of my best traits I can trace directly to the lonely forge of following Clyde.

In our modern world of 24-hour sports news, and the world’s best players being constantly on our TVs, many people have come to believe that football is about skill. This is totally wrong.

Sure, the achievements of Messi and Ronaldo are remarkable, but we now take them for granted. Every week brings a new record broken, or a freakishly implausible goal.

Following a Cowdenbeath or Morton, you learn that skill is rare and to be savoured. Most of the time, like life, it’s wheezing effort and frustration. The day is not saved by exceptional supermen pulling off the impossible, but ordinary people, working together, the best they can.

Even then, defeat is a constant. To be expected. To a follower of a smaller Scottish side, even at the moment of victory you expect to snatch defeat. You learn victory is not everything, you build up your resilience and inner strength.

The day is not saved by exceptional supermen pulling off the impossible, but ordinary people, working together, the best they can.

For a 10 year old, the loss of a two goal lead in the final five minutes of a Tuesday night game in wet, cold miserable Airdire is a shattering experience. But you don’t give up, you keep hoping. And you guard that hope like a flame, never letting it go out.

Of course, other people will not understand. A youthful supporter of a smaller side will be surrounded by Celtic and Rangers fans, and increasingly those of Manchester United and Barcelona.

They’ll be taunted for being different, for supporting ‘shite’, for daring to go against the grain. This will be hard for a youngster and in time they’ll come asking whay they can’t support a ‘big team’.

To which the correct response is: “Because one day we’ll draw that big team in the cup, and their millionaire players will be overconfident and we’ll sneak a late winner, then every year on the anniversary of that day you can phone up your old school pals who mocked you and remind them of that magical day.”

While the football chat in Scotland might be transfer fees or EBTs, or Fifa scandal, or tv deals, for the people that show up every week at Station Park, Glebe Park or Galabank it’s not about money.

Away from the herd, you learn to question the assumptions every one else takes for granted. While 90 per cent of the football chat in Scotland might be transfer fees or EBTs, or Fifa scandal, or tv deals, for the people that show up every week at Station Park, Glebe Park or Galabank it’s not about money.

It’s about being part of that which may still be small, but is still bigger than yourself. It’s about something teaches you to hope even in defeat, and that what happens on the pitch matters less than the shared bond of living through it that with your family, with your friends.

That’s what you can’t learn at Ibrox, Parkhead or Old Trafford: that when it comes to football, small truly is beautiful.