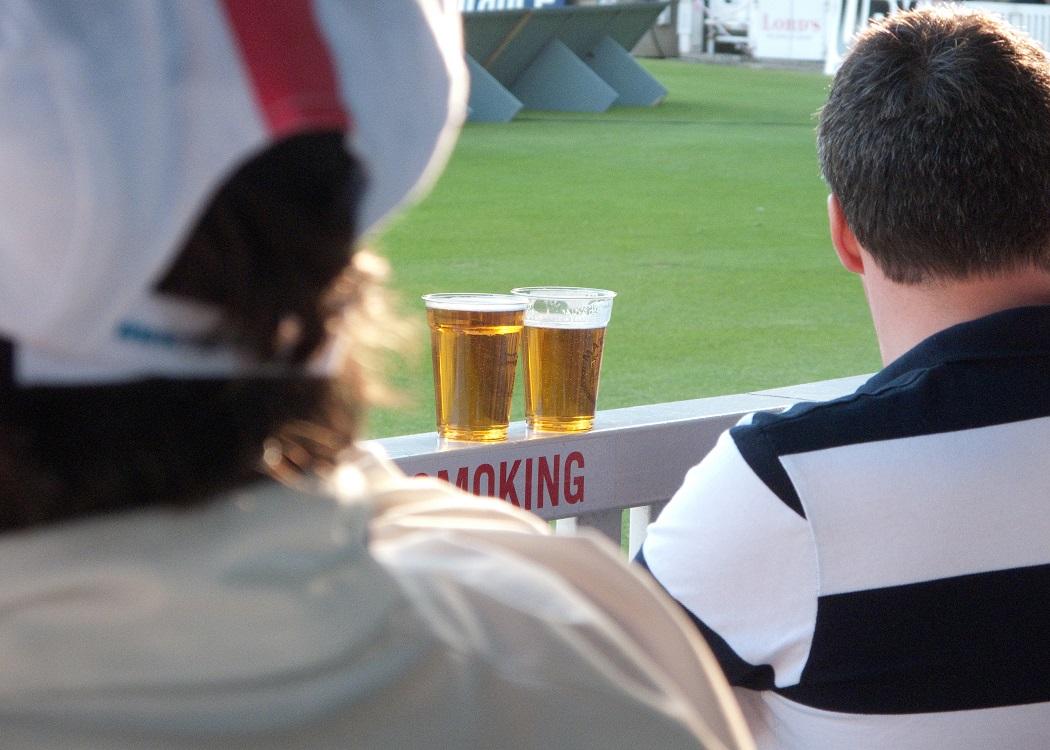 Glasgow journalist Ian Dunn says that Jim Murphy’s quest to bring back alcohol at football games in Scotland is not actually a bad idea, but argues that in his opportunism he has sidestepped the guts of the debate

LAST weekend around 75,000 Scots attended professional football games, 1.4 per cent of the Scottish population. Yet suddenly, whether or not this merry band can take a drink during the game or not is an issue of paramount political importance.

This is due to the efforts of Scottish Labour leader Jim Murphy, who has been out at several grounds telling supporters that he’s the man who’ll fight for them to get a bevvy behind the turnstiles. He is doing this is because he’s a canny politician who knows that a story that links football and politics is always good for a headline.

When he hands out leaflets in the West of Scotland asking why it is that football supporters can’t drink a pint at games but rugby supporters can, he’s selling a story that Scottish Labour is on the side of the downtrodden West of Scotland football fan, whereas other politicians are too busy buttering up their fat, prosperous East Coast rugby chums.

Murphy is doing this is because he’s a canny politician who knows that a story that links football and politics is always good for a headline.

It’s not subtle, but Murphy doesn’t have time to be subtle. The General election inches ever closer and a West of Scotland Labour activist told me recently that the ‘poor areas are all SNP now, they’ve all gone’. That’s Labour’s referendum legacy but Murphy knows a lot of those working class voters have spent most of their lives voting Labour. They might be angry now, but he has to believe he can tend them back. So until May 2015 it’s anything and everything to convince those voters he’s on their side.

The joke is that for all that this is a bit of a stunt, selling alcohol at football games is not a terrible idea. It could generate a little bit of income for smaller clubs who need it, and it could be restricted at contentious games.

But it’s mainly a good move because while Scotland does not have a football problem, it does have an alcohol problem. Scottish football employs a small number of people, entertains a slightly largely number and gives many men a crucial method of communicating with one another.

While I’m the first to defend the hidden benefits of the drink, it’s undeniable that Scots drink too much, too often, too quickly. Figures released this week showed that deaths due to alcohol were far higher here than anywhere else In the UK.

All too often we avoid taking responsibility for our own and others’ drunkenness.

We have an ambivalent, queasy relationship with alcohol with mixes Viking pride in our ability to put it away with Calvinist shame at our fondness for doing so. That’s an unwholesome cocktail that all too often allows us to avoid taking responsibility for our own and others’ drunkenness.

The fact that Scotland generally, and Glasgow especially, has fairly aggressive controls over when and where we can drink alcohol plays into that lack of responsibility. It lets us off the hook, says we can’t be trusted with a drink, lets us think that might well be true.

Scotland’s unhealthy fascination with the drink hasn’t been changed by stringent anti-alcohol laws but it could be changed by liberalising them, including at football games, if that was matched to a campaign encouraging us to take responsibility for our and our friends’ behaviour after a few.

There’s a tendency to assume Scotland’s alcohol problem is always down to other people – “We were just having a laugh, but they’re a head case who can’t handle their drink.”

The truth is that all of us have friends who are sometimes that headcase, and almost all of us have been a head case before. Ultimately, the government can’t make Scots better, more responsible drinkers, we have to do it for ourselves.

Politicians can provide encouragement and leadership but it’s a much tougher sell than simply encouraging football fans to have a pint.