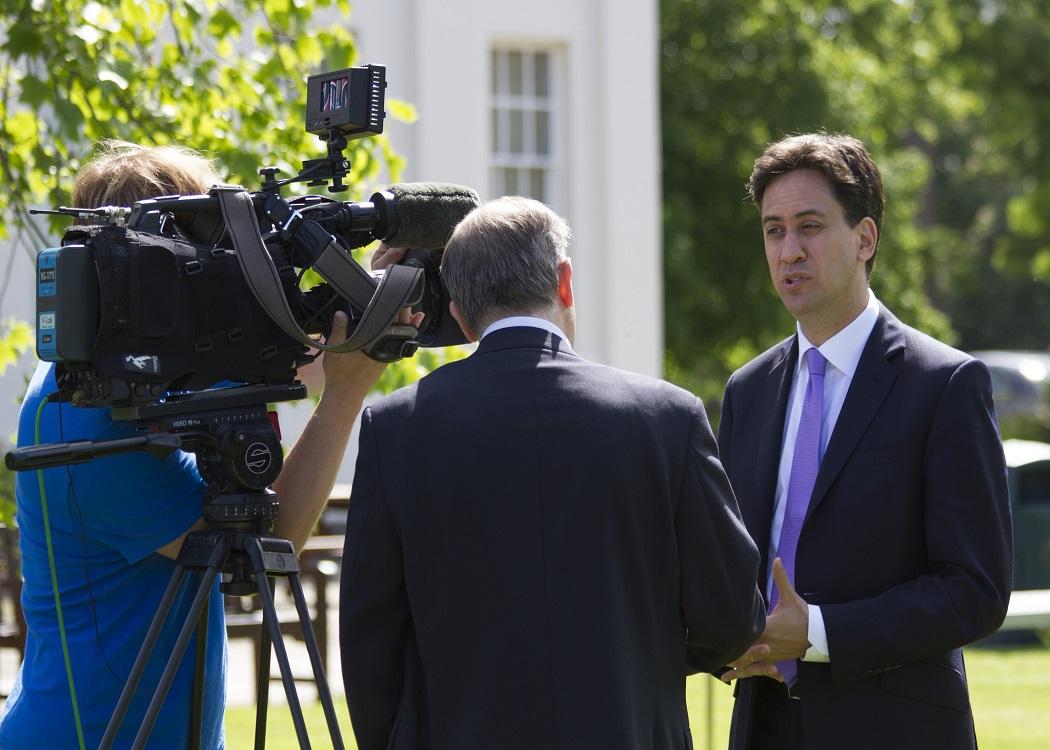 Nicola Sturgeon said this week she wants to make Labour leader Ed Miliband prime minister, but Commonspace columnist Ian Dunn suggests she should be wary if she gets her wish

THERE’S a suspicion that the reason the SNP are so wedded to the idea of putting Labour in power is because they fancy Ed Miliband would be a soft touch, an easy mark, a particularly pliant premier.

“If the SNP sent Salmond to negotiate a coalition with Miliband, Salmond would come out prime minster,” one nationalist wag suggested to me. A coalition is not on the cards but Alex Salmond has sketched out an informal agreement that he believes would put Labour in government and give the SNP the whip hand.

One of the reasons this option appeals is because, like the world and his wife, the SNP leadership seem to believe Miliband is weak, out of his depth and not prime minister material – which is understandable, as it’s a refrain we’ve heard constantly, from al sections of the media since he became Labour leader.

This weak man, this supposedly woeful politician, has soaked up the abuse and kept going.

It’s true: he’s awkward, geekish and not especially charismatic. His media management has been abysmal. Although those qualities are not disqualifying for leadership, they do make him an easy target for the endless carnival of snide mockery that is social media. Though there is a certain irony in the sort of people who make jokes about politics on twitter abusing Miliband for his awkward nerdishness.

It should be noted that the times he’s looked weakest is when he’s succumbed to that external pressure, flip flopping over appearing holding the Sun, or firing Emily Thornbury for tweeting a picture of a house.

Yet this weak man, this supposedly woeful politician, has soaked up the abuse and kept going. And barring a dramatic change, the polls suggest he is a month away from becoming prime minister.

At times he’s shown backbone as well. He’s stood up to the right wing press, demanding a right to reply when the Daily Mail smeared his father, and standing up to Rupert Murdoch when he attempted to takeover BSkyB. Which may well explain the Mail and Murdoch titles’ constant abuse of him.

After the interventionism of the Tony Blair years, he refused to support the government’s plans to send forces to Syria. He whipped his MPs to vote for the recognition of the Palestinian state.

These are all choices that carried a cost, and Miliband made them, took the hit and kept going. He is resilient.

Most famously, to become Labour leader he defeated his more successful, more popular brother, who had been all but anointed as the chosen successor to both Gordon Brown and Blair.

These are all choices that carried a cost, and Miliband made them, took the hit and kept going. He is resilient.

As the campaign has got under way, he’s looked hungrier and more driven than David Cameron, who increasingly gives the impression that he’d be happy enough to lose and relax into a retirement of well paid speeches and growing comfortably fat.

The electoral battle between Labour and the Tories is reminiscent of the episode of the Simpsons where Homer becomes a boxer and wins bout after bout because of his ability to absorb punishment until his opponent collapses out of exhaustion.

Miliband has taken everything the Tories can throw at him and he’s still going. So despite the inevitable losses in Scotland, it looks like he will do just well enough in England for Nicola Sturgeon to get her wish and make him prime minster.

History is full of well-intentioned new MPs who were convinced they could change Westminster and ended up being changed themselves.

The dozens of new SNP MPs may then descend on Westminster convinced they can make the mother of parliaments dance a Scottish jig.

But history is full of well-intentioned new MPs who were convinced they could change Westminster and ended up being changed themselves. If those SNP MPs are propping up a Miliband Ministry they’d do well to remember his path to power will have been littered with the bodies of those who thought him not prime ministerial material.

Otherwise, that nationalist regiment could head south only to find themselves marching to a Miliband beat.