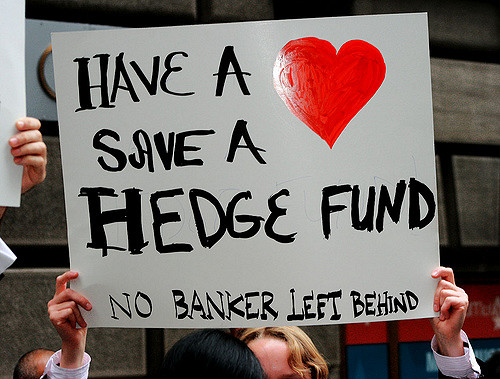 Ian Fraser, award-winning financial journalist and author of ‘Shredded: Inside RBS, The Bank That Broke Britain’, argues that the SNP’s Growth Commission takes a “not frightening the horses” approach to banking regulation, which misses an opportunity to give finance a social purpose in an independent Scotland

WHILE there are plenty of sensible proposals in Andrew Wilson’s Sustainable Growth Commission report, it has missed a trick where financial regulation is concerned. The commission had the chance to do some “blue sky” thinking on financial regulation, including what it is actually for, but it has opted instead for a “not frightening the horses” approach.

The commission probably took this pragmatic approach out of fear, suspecting that too much change where financial regulation is concerned would have triggered some intense lobbying and serious scaremongering from players in Scotland’s finance sector – including from banks, insurance companies and asset managers – in the event of Scottish independence. It probably also feared “capital flight” could arise in such a scenario, as financial services players opted to stick with the devil they know where regulation and supervision is concerned by shifting their headquarters south of the Border in the event of even a moderate tightening of the regulatory regime by a newly independent Scotland.

Overall the commission has erred on the side of timidity.  Hence the report’s strong emphasis on “equivalence” in what it calls “the early years of independence”.

However the Growth Commission does at least leave the door ajar to something a bit different further down the track, with the authors saying: “As confidence in the capacity of the Scottish Government and the Scottish Central Bank grows, however, the Government and Bank will wish to review financial regulation in the light of the needs of the finance sector and its customers and the requirements of the Scottish economy. Any such developments would follow extensive consultation and it is hoped that over time there would be opportunities for substantial simplification, while maintaining the fundamental objectives of equivalence and protection for Scottish consumers and the customers of Scottish businesses.”

The phrase “opportunities for substantial simplification” is more promising than it might at first seem.  This doesn’t have to be lowering the regulatory bar or emulating Gordon Brown’s passion for the “light touch, limited touch” financial regulation which fuelled the UK banking crisis of 2007-9.

The astonishing complexity of UK and European financial regulation as they currently stand does not necessarily work in consumers or taxpayers’ favour. As I said in a recent speech to the New City Agenda, the complexity makes regulation harder to understand and enforce and easier to manipulate or avoid for example by providing opportunities for banks and other financial institutions to “game the system”.

Complexity also distorts competition – as large firms with armies of officials and a close relationship with the regulators find it easier to navigate regulatory complexity. Smaller firms and start-ups find the complexity hugely burdensome with only a call centre at the regulator to help them out.

Some simplification would be welcomed, in my view.

One of the fundamental flaws of current financial regulation is that it takes no account of finance’s “social purpose”. A recent paper, “Macroprudential Regimes and the Politics of Social Purpose”, published in the Review of International Political Economy, by Professor Andrew Baker of SPERI at Sheffield University is of relevance here.

Baker was not specifically thinking of what might be possible in an independent Scotland but he did indicate the sort of direction macroprudential regulation could take.

In particular, he says questions of the “social purpose” have too long been “ducked and ignored” in macroprudential policy. If you want a financial system that does more than just spew out credit, for example one that eyes other goals such as “the generation of long term reasonably paid employment, a transformation towards ecological sustainability, long term infrastructure and R&D projects that do most to boost skills, productivity and living standards”, then a different approach is required.

Baker says: “For years financial regulators essentially operated on the basis that if you had sound institutions, markets would take care of the rest, but the move towards a more systemic mode of thinking at least raised the possibility that regulation should seek to deliver a better system in a more proactive way.

Baker favours a system where regulators “reach qualitative evaluations and judgements of finance, prioritising and encouraging activity that is more long term and stability inducing, and incentivise this kind of activity and to dis-incentivise more speculative, short term activity that induces instability and has little social worth, other than to generate speculative bids for profit and wealth…”

“There has been no systemic vision underpinning post crisis regulation. Consequently macroprudential policy has lacked a sense of purpose. It has essentially become an exercise in mathematics – just different ways of measuring and calculating systemic risk and adjusting capital requirements accordingly…”

“The problem is most financial and regulatory economists prefer and have professional incentives to simply engage in mathematic modelling and data collection. Central bankers cannot raise these kinds of questions. They need politicians to do it for them and build and resource new regulatory professional cultures in which officials are much more prepared to reach qualitative judgements about the social worth of different types of financial activity…”

“The other issue holding things back is that in economic governance we have produced a very segmented, silo-like form of governance. Monetary policy over here, fiscal policy here and financial regulation/stability over here. What results is insufficiently joined-up with financial regulation – it is just about ‘stability’ rather than how stability relates to other macroeconomic objectives: inflation, employment, productive investment,  etc.”

What Professor Baker is basically saying is that we need to rethink what macroprudential regulation – the stuff which, since April 2013, has been done by the Prudential Regulation Authority, part of the Bank of England London – is actually for. I agree with his implication that to focus on ‘stability’ alone rather than how stability relates to other macroeconomic objectives including inflation, employment and productive investment is myopic and more likely to lead to future booms and busts.

And at the very least, one might also have thought that the Sustainable Growth Commission could have targeted a more effective conduct regulator than the mainly “captured” Financial Conduct Authority which, like the PRA, was a George Osborne creation of April 2013. Overall, there is a paucity of thinking in the commission’s proposals for financial regulation. While I can understand why – the view was taken than anything vaguely adventurous might have scared financial institutions away – this will come as a disappointment to anyone who believed an independent Scotland might have blazed a different trail.