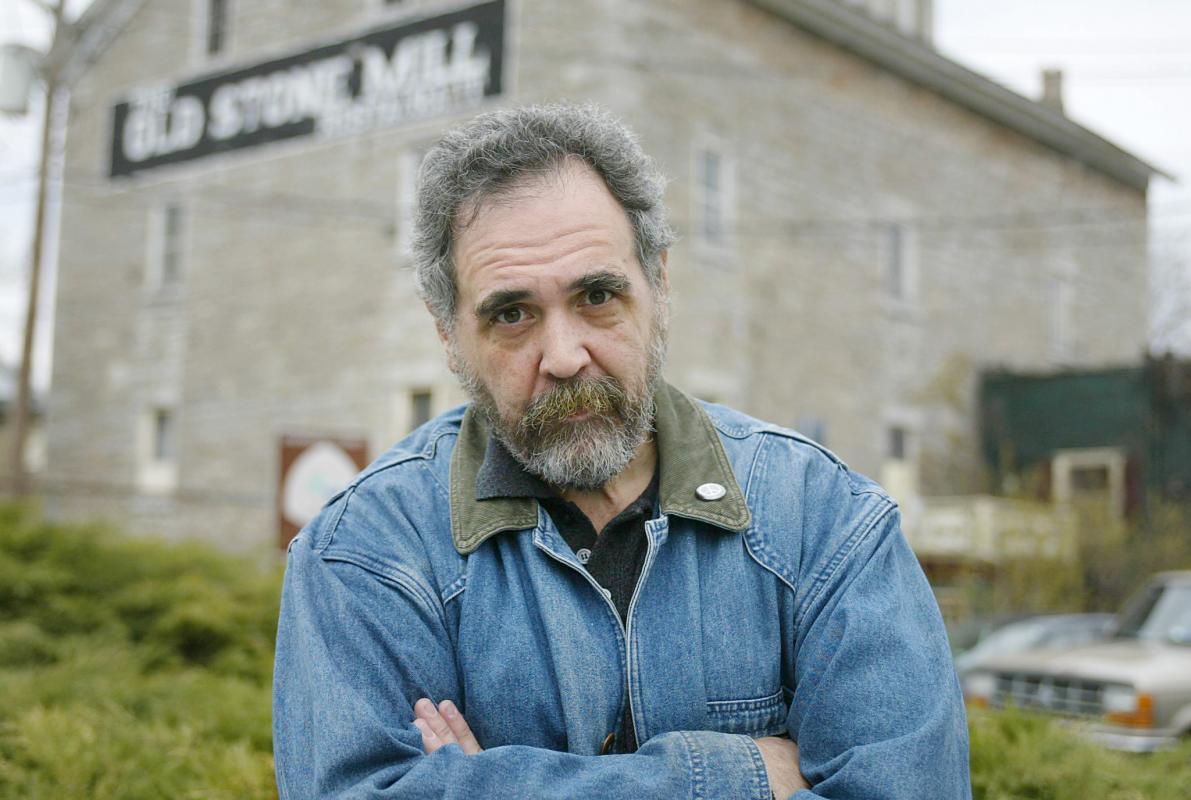 IT’S RARE to find a veteran comedian with no prior experience at the Edinburgh Fringe, much less one of Barry Crimmin’s reputation. Nevertheless, this year marks the Fringe debut of the legendary American comic, who mentored figures such as Louis CK, Steven Wright and Bobcat Golthwaite.

Crimmins first rose to prominence in the 1980s as both a stand-up and the founder of several influential comedy clubs, and has since been heavily involved in various campaigns, including the anti-war movement and a personal campaign against online paedophilia, inspired by his own experience with abuse as a child. In recent years, his comedy has reached a new audience, thanks to the 2015 documentary Call Me Lucky.

“Trump is the quintessential patriarchal figure, and we’re stuck in the back of the worst station wagon ride in history.” Barry Crimmins

Although Edinburgh is a new experience for Crimmins, his show, Atlas’s Knee, pursues themes that have been a long-time feature of his work. “It’s an amalgamation of politics and a lot of the other stuff I work on, dealing with trauma victims and abuse surivors,” says Crimmins. “Basically, Trump is the quintessential patriarchal figure, and we’re stuck in the back of the worst station wagon ride in history.

“As I say in the show, the guy’s the clarion call of abuse. As a voter, you’re like: ‘Well, it’s about time we have a president who hates me as much as I hate myself.’ So I tie the two things together.”

Some might think, perhaps naively, that a leftwing comedian would enjoy both a natural audience and an overabundance of material at a time when opposition to President Trump is widespread and growing. Yet Crimmins has problems with many of the tactics that have typified the #Resistance thus far, in particular its focus on Trump’s ties with Russia.

“Trump and Putin have an affinity because they’re both oligarchs. They’re not sitting around talking about Marx and Engels.” Barry Crimmins

“Well for God’s sake, this Russian stuff … Trump and Putin have an affinity because they’re both oligarchs. They’re not sitting around talking about Marx and Engels.

“But I see all these American Democrats who think they’re on the left, and they’re using the imagery and the approach and the very rhetoric of McCarthyism. Roy Cohn, McCarthy’s righthand henchman, was Trump’s mentor. And they [anti-Trump Democrats] got all these signs with hammers and sickles on them – are you serious? These are oligarchs. They collect together like lint on a dryer screen. It’s got nothing to do with the imagery you’re presenting. But it’s this pre-fab thing they can use, like ‘it’s our turn’.”

Feeling out of step with the prevailing wisdom is something Crimmins has felt for much of his career. “When you’re young, you don’t have a sense of time, so I didn’t realise when I went into show business that a lot of the people running came up during McCarthyism when they kids, and they saw a lot of people destroyed. And a combination of cowardice and kindness caused them to warn me to tone it down. ‘You’re really funny – just do the funny stuff.’

“I made a pledge to myself, which was not to participate in the distraction of the American people.” Barry Crimmins

“And at that point, I made a pledge to myself, which was not to participate in the distraction of the American people. If I walk out there, I’ve got something to say. I’m going to have something of substance to say. But early on, I dealt with these older guys – they were mostly guys – who had seen good people destroyed, and they were scared for me and scared of me. But Howard Zinn was my mentor, and I’d much rather have him as a mentor than Roy Cohn. So I lucked out.”

Recent belligerent comments from the Trump administration threatening possible military action against the socialist government of Venezuela have also “set off a tuning fork” with Crimmins, as he has been heavily involved with Central American issues since he visited Nicaragua during the Reagan administration’s support for the Contras.

“Well, I was watching the US news, and they’re saying: ‘There’s this guy in Venezuela who thinks the US is trying to overthrow him. Have you ever heard of such a thing?’ Yeah, I have. It happened about 10 years ago,” he says, referring to the attempted coup against Venezuela’s former president Hugo Chavez in 2002. “And they failed then, because the army wasn’t bought off.

“I was watching the US news, and they’re saying: ‘There’s this guy in Venezuela who thinks the US is trying to overthrow him. Have you ever heard of such a thing?’ Yeah, I have.” Barry Crimmins

“It’s one of those things about the United States: they don’t just wrap stuff in the flag, they wrap stuff in the flag and camo, now. ‘They’re over there fighting for your freedom – the least you can do is not use it.’ I don’t need my freedom protected. I protect it by using it, by speaking up and saying ‘Don’t send those kids to that idiotic war.’ That seems to be a recurring theme from when I was a kid during ‘Nam.

When asked how the left should respond in the wake of the tragic events at Charlottesville, Crimmins’ advice is simple: “Get more of us. Strength in numbers. I feel – and this is just me – that once you take a step onto that road of violence, they control every inch of that turf. And we’ll take some hits, but when we do, the whole the world is wireless now. We’ve got video of them doing horrid acts.

“Behave with courageous compassion. One of the reasons I went to Central America was you always get told: ‘You don’t understand, you’ve never been to war.’ Well, I’ve been to war, I just didn’t bring a gun with me. But I know what war is.”

Crimmins is well known, particularly among other American comedians, but some have said that his work is nowhere near as widely known as it should be. When it comes to his reputation, Crimmins is philosophical: “Really, I think what you should do is play to the ages and not the age. You just leave a trail, and there might be someone years from now – if there are some years – and they’re dealing with some other nightmare, and they find some little thing I did, and think: ‘Wow, this guy was saying this in 2017. You have any idea how stupid things were in 2017?’”