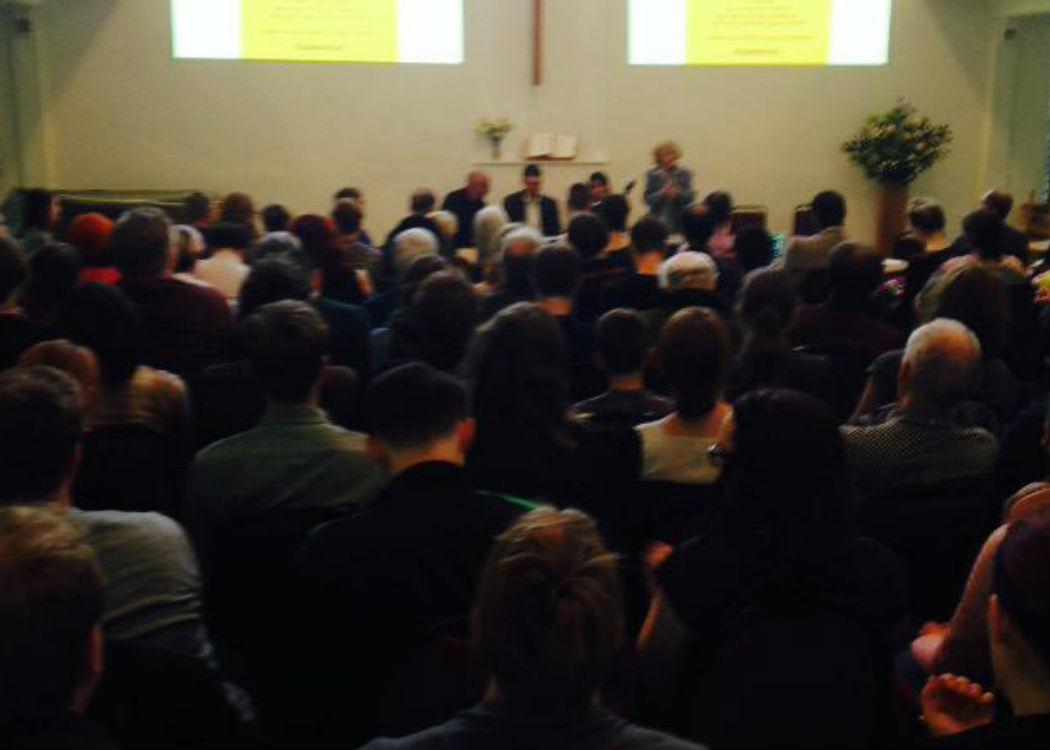 A PACKED out meeting was held in Edinburgh last night to explore the question of “What now for a British left?”

Speakers Neil Lawson from the left-wing think tank Compass, Sarah Collins from the Scottish Left Project and Isobel Lindsay, vice-chair of Scottish CND, addressed the audience and outlined their visions.

The meeting, at the Edinburgh Methodist Church, was chaired by Common Weal’s director of policy, Peter McColl.

“Every gig I do in England, I’m usually to the left of everyone and they don’t know what they’re doing,” said Lawson.

“But this time I’m speaking to an audience that is to the left of me and they do know what they’re doing,” he said to laughs.

Lamenting the recent election result, Lawson, who is chair of Compass said: “My instinct was that Labour would do no better than it did in 2010 because it didn’t deserve to.

“The culture of the Labour party is all about an elite and it is all starting to come unstuck.

“The definition of insanity is doing the same thing and expecting another outcome. They now want to go back to the politics of 1997, that is not the politics of the future or modernity.

“The Labour party is culturally adrift, it’s a 20th century organisation that did a few good things then but is wholly misplaced for the 21st century.

“It will become part of the 21st century or they will die and they will deserve to die.”

Sarah Collins, who is a Unison activist and supporter of the Scottish Left Project said that she believes a British left does not exist and that it is important to build a distinct political vehicle for the left in Scotland.

“For me, after the general election and referendum, the British left is over as a political category. There is a distinct Scottish left now and a distinct rest of UK left and the situation that they face are different.

“The crisis of Scottish Labour is such that I believe it is now in terminal decline. There’s been an organic split between that Labour party and its social base and this will widen with the generational shift as more and more people lose the history of the Labour party.

“In Scotland there is only one direction of travel and that is independence. It is vital for another referendum to take place, for Scotland and for the rest of Britain. It means that more than ever we need to be driving politics in Scotland to the left.

“We need a socialist, left-wing opposition to the SNP in Holyrood.”

Meanwhile, Isobel Lindsay said that ideas and language are key in order to communicate left-wing messages to people .

“We’ve got to present people with ideas,” said the vice-chair of CND.

“The increased turnout in the General Election in Scotland showed that the effect of the referendum campaign has been to genuinely to increase interest and engagement.

“That is the other big thing, how we develop the message and find that language that can communicate a serious message in a way that the majority of the public can appreciate and understand.”