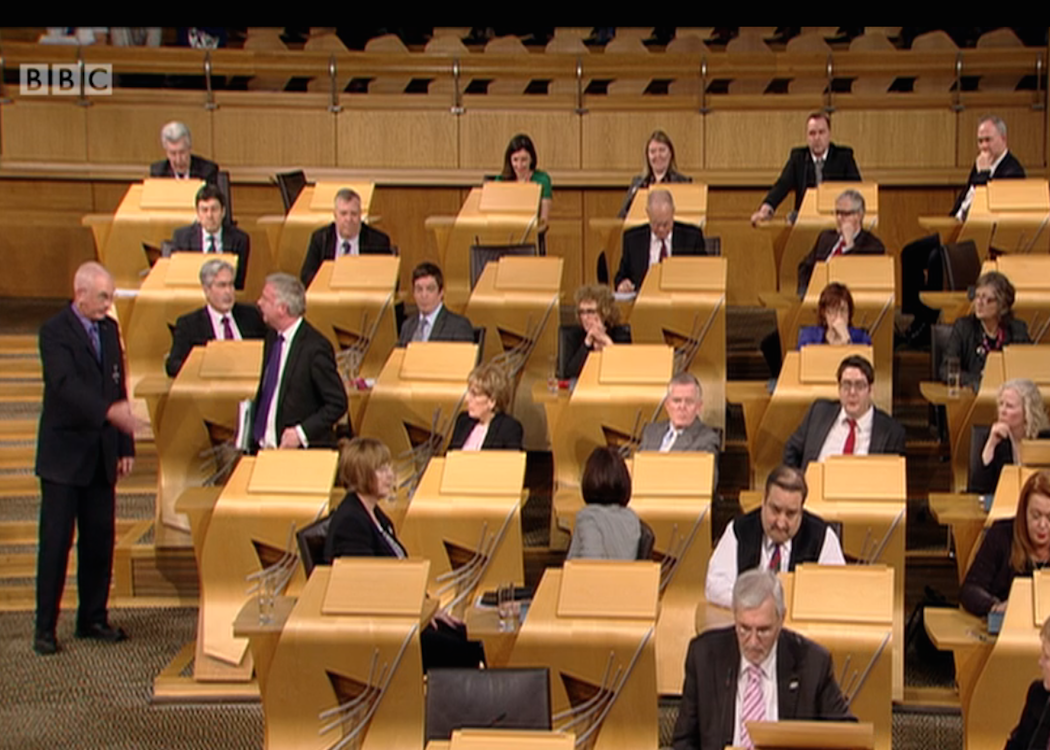 Security brought in to remove protesting youngster from classroom debate

Most of his classmates shuffled uncomfortably in their seats and stared at their shoes as James, 16, decided to ‘take a stand’ against the ‘establishment’. Having been told to shut up, he refused to sit down and despite final warnings had to be escorted from the building.

The very nice older gentleman who usually only has to go around asking the little ones to take their feet off the seats was asked to come and take Mr Kelly outside to calm down. His pals shouted “Go on Jim”, but the posh boys in the corner sniggered rudely.

On his way out the schoolboy shouted ‘F*** the System!’ and ripped off his regulation blazer to reveal a Rage Against the Machine t-shirt.

Sadly this outburst inspired copycats, and only minutes later the head, Ms Marwick, had to reprimand Mr Bibby, 17, for questioning her authority on matters of devolved competence, and on whether chewing gum was allowed in class.

It is understood that Mr Kelly has been suspended for two days to think about his behaviour.

“I’m no gonnae sit down” – Mr Kelly takes a stand