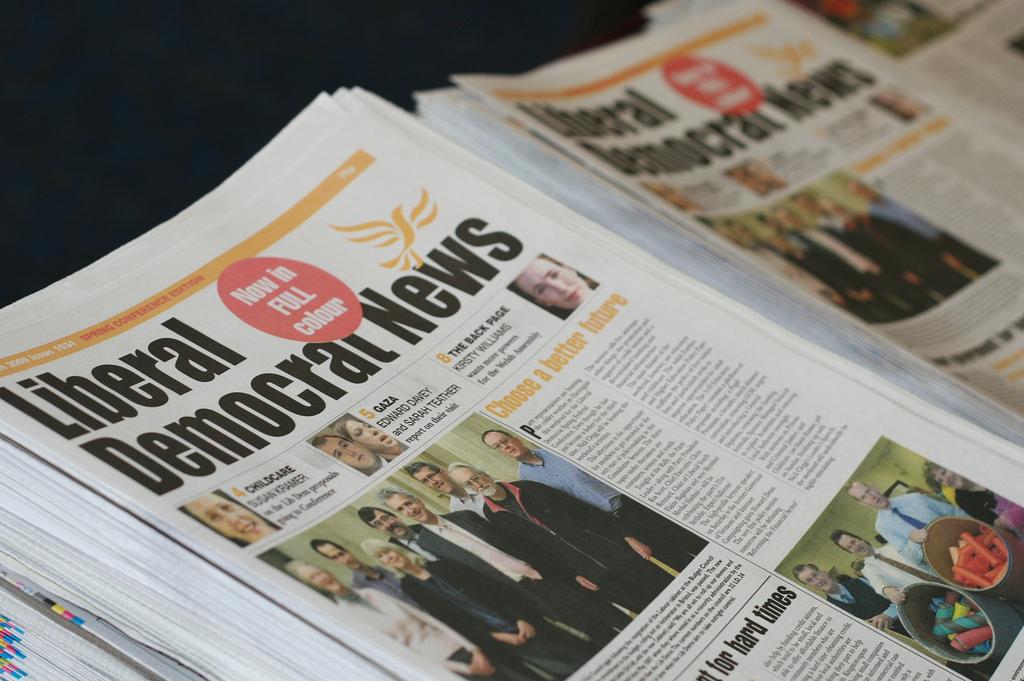 For younger voters, it might come as a surprise that the Liberal Democrats were once a governing power in the first Scottish parliament.

The Scottish executive, as it was called then, was a Labour-Liberal coalition, led by Donald Dewar but with the Lib Dem’s Jim Wallace as Deputy First Minister.

Consistently receiving about an eighth of the vote in Scottish elections between 1999 and 2007, their popularity plummeted as a result of the 2010 coalition deal with the Conservatives at Westminster.

In 2011 Scottish voters snubbed the party, and the Liberal Democrats came away with only five MSPs. Last year’s UK General Election saw only Alistair Carmichael, in the Northern Isles, keep his seat.

Ettie Spencer, candidate for East Lothian and also standing on the South Scotland list, is less optimistic than Rennie about the party’s image problems. “The traditional role of Lib Dems in Scotland has been mucked up by the coalition down south. I hope it’s turned a corner now”, she says, sounding unconvinced.

“I’ve been banging on about redressing the balance, and the party has opposed quotas, but it’s changing” Ettie Spencer

The legacy of the coalition isn’t the only image problem facing the Scottish Liberal Democrats. Lone MP Alistair Carmichael, former Scottish Secretary of State, did not cover himself in glory during his election court trial last year, in which judges found he had lied about the ‘Frenchgate’ memo, though he avoided losing his seat.

Throughout the trial Carmichael showed no remorse, insisting it had been an SNP witchhunt, and his colleague, Shetland MSP Tavish Scott, called the case a ” political showtrial ” in his court statement. It left those who had seen it as a question of accountability and recall with a less than glowing view of the Orkney & Shetland representative.

Spencer does not rush to Carmichael’s defence: “That incident was not good. But in every party there’s stuff that goes on and you think well, that stinks. Most parties have these problems. I feel free to be quite candid about this; on the whole I think Lib Dems can weather different views.”

That, Spencer says, is why she joined the party: the freedom to express and debate differing views and policies; while still having the influence in parliament to achieve the social change she seeks.

Read more: East Lothian #SP16 profile: A dead cert, or is there room for surprises?

But a view the Lib Dems have certainly not embraced in the past is the argument for gender quotas in candidate selection. The party’s track record on women’s representation is unimpressive. Its eight liberal MPs currently at Westminster are men, and now six of the seven leading list candidates in the Scottish election are men. This is particularly significant because the regional list is the only real route to election, with SNP looking to dominate constituency races so strongly.

So when the sole female Liberal Democrat in Holyrood, Alison McInnes, was bumped off the top of the list in favour of a male colleague last year, there was outrage . “It’s produced a big crisis in the Lib Dems,” Spencer admits. “Many of the party are horrified. [McInnes] is a fantastic asset. I’ve been banging on about redressing the balance, and the party has opposed quotas, but it’s changing – we’ve now adopted a specific quota system for next time.”

“As a party we certainly don’t have a strong record in getting women elected.” Alison McInnes

McInnes, who was a local councillor for fifteen years before being elected to parliament in 2007, has acted as spokesperson for the party on transport, health, and justice. In the last term she was particularly active on policing, having a key role on the justice sub-committee and pushing for transparency on the stop-and-search controversy and police spying on journalists’ sources.

The former MSP is a supporter of Women 50:50, which campaigns for equal representation, but now looks likely to miss out on re-election in Thursday’s election.

Commenting at the time in The National , Women for Independence member and penal reform campaigner Maggie Mellon said of the relegation: “Although I’m not a LibDem supporter, I think she is a great advert for the Liberal Democrats. It seems crazy to act in a way which looks like they will end up losing one of their most effective parliamentarians. Why on earth did they do this?”

Asked if the Liberal Democrats have a problem with gender representation, McInnes told CommonSpace: “As a party we certainly don’t have a strong record in getting women elected. But we firmly believe everyone has the right to participate in our democracy and that our party should be more reflective of the people of Scotland.”

The policy of gender quotas, taken up by many of the other parties in Scotland to correct the imbalance in representation, was opposed by the Liberal Democrat’s MP Jo Swinson. Swinson, however, lost her seat in the 2015 General Election, and the Scottish party leader Willie Rennie has indicated he intends to make quotas party policy.

“We’ve already started pushing for change. At our spring conference this year members passed a landmark motion to advance diversity within the party”, McInnes says, adding that they want to see more candidates from “underrepresented groups” as well as women, because “our parliamentary representatives should properly reflect the country we seek to represent”.

“I feel free to be quite candid… on the whole I think Lib Dems can weather different views.” Ettie Spencer

The party’s core value, McInnes says, are about individual achievement – “breaking down barriers, like education or health inequality, that stand in people’s way”. The liberal idea of equal opportunity (as opposed to more leftwing redistributive approaches) used to have some core appeal, helped by their traditional support in rural areas. But even this is slipping: last year the west coast largely abandoned the liberals in favour of the SNP, and this year Orkney and Shetland might just follow suit.

Carmichael’s lie, it seems, will not be quickly forgotten; just as Nick Clegg’s tuition fee betrayal still hounds the party down south. Perhaps some more women would have been just what the party needed?