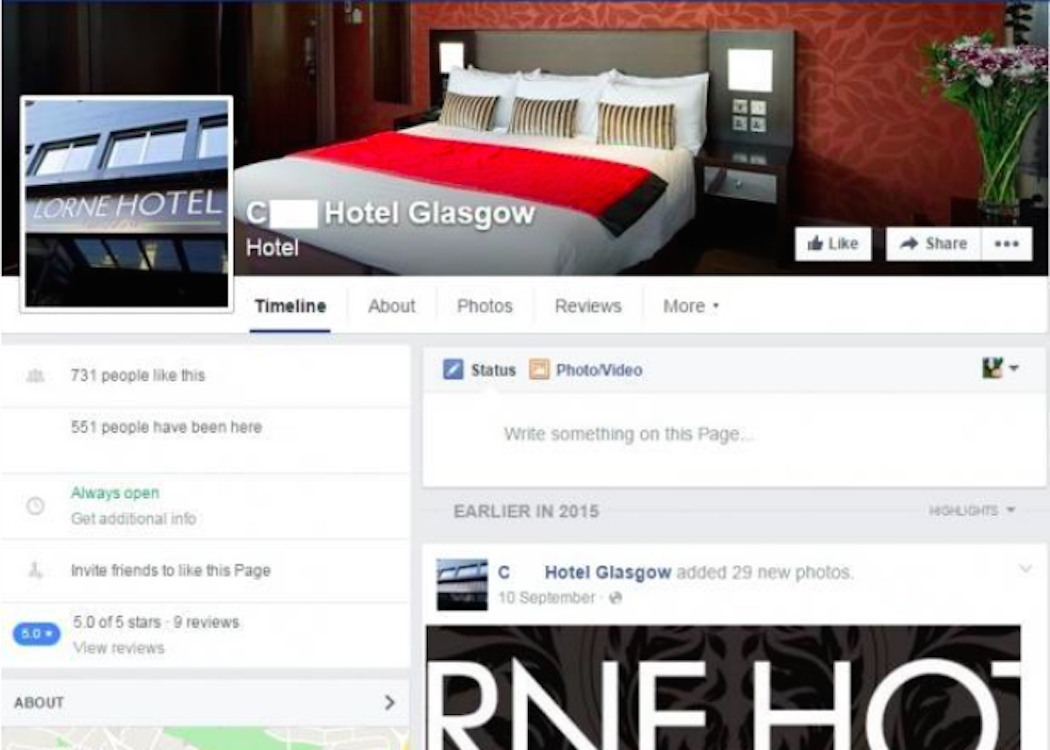 THE DANGERS posed by ‘disgruntled’ staff members are well known, usually blamed for leaks in the civil service or tales of politicians’ ineptitude – but this weekend a Glasgow hotel suffered an unfortunate name change.

Because really, when you’re ‘disgruntled’, what could be more tempting than using your access to the company’s Facebook page to broadcast that discontent to a wider audience?

Renaming the venue ‘Cunt Hotel’ might not have been the most imaginative response, but no one could miss the meaning. You could say it has a sort of catchy ring to it. Or you could say it’s offensive from a feminist perspective.

Either way, the premises formerly known as Lorne Hotel has had to completely delete its Facebook page, reported the Herald . Hotel management were apparently unable to circumvent the tight security restrictions used by the social media platform.

A manager insisted that the hotel can “see the lighter side” of the prank.

Social media arguably provides a whole new and wonderful way to get back at bad bosses.

And the even more inventive, so do digital traffic signs…

(Yes, it was probably a spoof, but still)