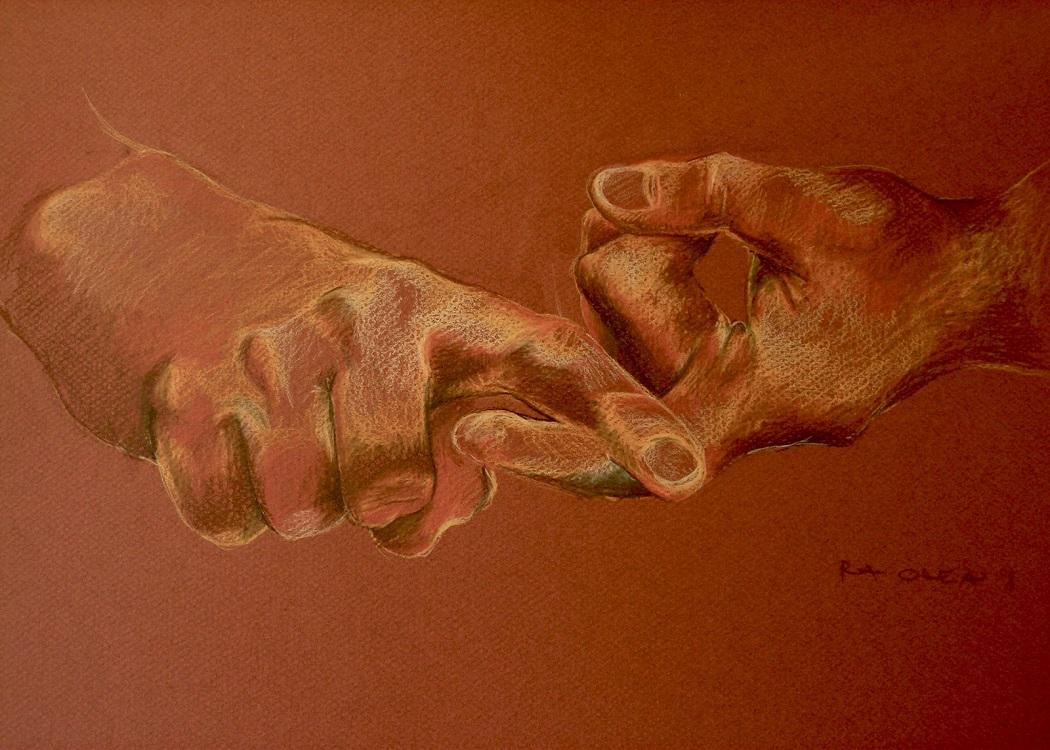 WHEN any of us go for a hospital appointment there is always some uncertainty. This is perfectly natural as there’s a fear of the unknown. The good thing is we can remove at least some of our anxiety by questioning a consultant.

Now, imagine asking the consultant but he’s unable to answer you and put your mind at ease. Would that not add to your feelings of worry and doubt? Through no fault of your own you are not getting the vital basic information that all patients want. It’s a simple enough request to know what is wrong and what the next stage is to resolve the problem.

Unfortunately this is the case for a lot of patients who communicate through sign language. I would like to give you some figures from a survey conducted by the British Deaf Association in 2012. Two out of three deaf people have requested an interpreter to be present at their hospital appointment and have not received one.

This is a very serious issue and an alarming one. When no interpreter is provided, what do the patients do?

This is a very serious issue and an alarming one. When no interpreter is provided, what do the patients do? In many cases either a relative or partner has to explain complicated medical terms in sign language to them. This in itself is not an easy task.

Imagine going with a loved one to a hospital appointment. Now imagine having to explain to them they are going to have a complicated procedure or are terminally ill. This scenario is sadly not hypothetical as cases like this were previously described in a television documentary conducted by the BBC.

One such incident told the story of how no interpreter was available, so the patient’s relative had to explain to them that they were terminally ill. This traumatic incident obviously upset them and was extra pressure in a delicate moment.

The Scottish Government in 2013 funded the British Deaf Association Scotland. The thinking behind this was to ensure that deaf people have access to health care across Scotland. There are an estimated 12,500 people in Scotland using sign language at home; this is according to a census taken in 2011.

In many cases either a relative or partner has to explain complicated medical terms in sign language to them. This in itself is not an easy task.

A deaf man in Dundee was asked about primary care, he replied that his only problem was that when he requested an interpreter he had to wait a few days before being able to see the doctor. This case was taken from the BDA Scotland Health Review 2016. In another, one man who had recently moved had access to an interpreter in his previous residency. Currently he has problems getting an interpreter, he lives in Fife.

Bringing a child into the world is complicated enough without adding lack of communication. There have been cases of critical procedures being done without the mother or father knowing why or what was happening.

A case like this was reported by the Guardian in 2014. Both parents were not provided with an interpreter so had to rely on their 12-year-old-girl to explain what was happening. The worst part is that these incidents are not limited to the UK.

In Maryland US, an estimated 55,000 people between the ages of 18 to 64 have a hearing disability. This figure is according to a census conducted by the Gallaudet Research Institute. To quote the Baltimore Sun: “The deaf persistently encounter difficulty in the health care system.” This demonstrates that these issues are more than global issues.

Imagine going with a loved one to a hospital appointment. Now imagine having to explain to them they are going to have a complicated procedure or are terminally ill. This scenario is sadly not hypothetical.

According to the Statesman Journal 2014, technology is used to help tackle the problem of not having an interpreter in Salem hospital, US. They use a video conferencing device to communicate with patients. However, this comes with its own problems. Sometimes the signal could be lost, and then what happens to the patient?

A similar service has been used in Shetland, but due to poor broadband service the video feed was hard to understand (BDA Scotland Health Review 2016). There has to be something in place to ensure the patients receive adequate service.

BDA Scotland intends to raise awareness of these issues facing the deaf community through more surveys and more consultation with the Scottish Government (BDA Scotland Health Review 2016). They also intend to distribute the information to the NHS boards throughout Scotland.

A recommendation they give is that paramedics and ambulance staff should have basic deaf awareness training. The Scottish Government passed a Bill on 17 September 2015 known as the BSL Scotland Bill. Its aims are to promote awareness of British Sign Language.

It requires the Scottish Government and other bodies to make plans for BSL and to promote the language. It’s still in the process of becoming an Act. The main problem seems to be a lack of interpreters. What can be done to combat this? I myself have seen an 18-month-old child get taught very simple sign language at nursery.

Why can’t basic levels of sign language be taught to any child at school? I know this won’t solve the main issue, however it seems like something that would be a step in the right direction.

The child can speak only a little and is not deaf but it makes it easier for the child to communicate. Why can’t basic levels of sign language be taught to any child at school? I know this won’t solve the main issue, however it seems like something that would be a step in the right direction.

Also, why limit the teaching to children? Possibly start classes for adults to learn sign language. The only certainty is that much more needs to be done in order to address this serious issue.