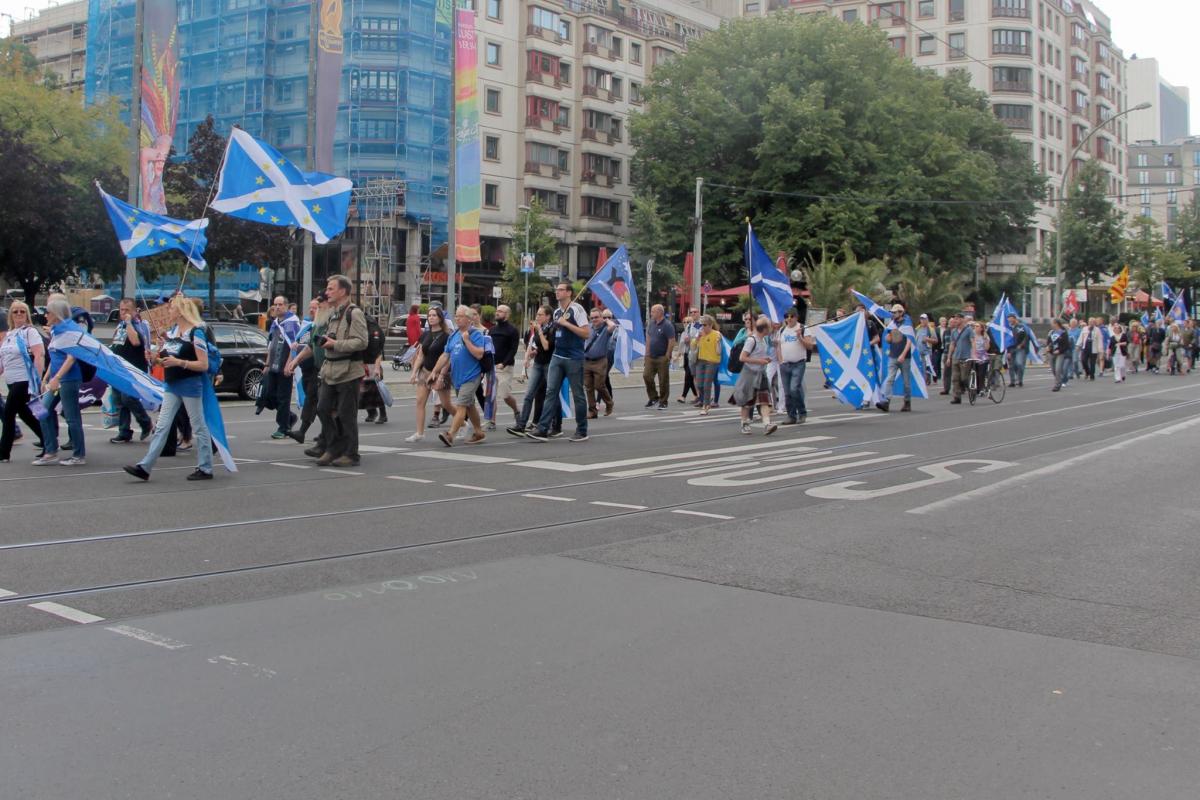 A RALLY held to raise awareness for Scottish independence took place in Germany on Saturday.

Germans for Scottish Independence (GFI) held the march in Berlin that attracted around 150 supporters from both Scotland and Europe as Scottish expats joined forces with EU nationals to gain support for any future Yes movement.

The event even attracted the attention of the BBC, which covered the story on Saturday morning. 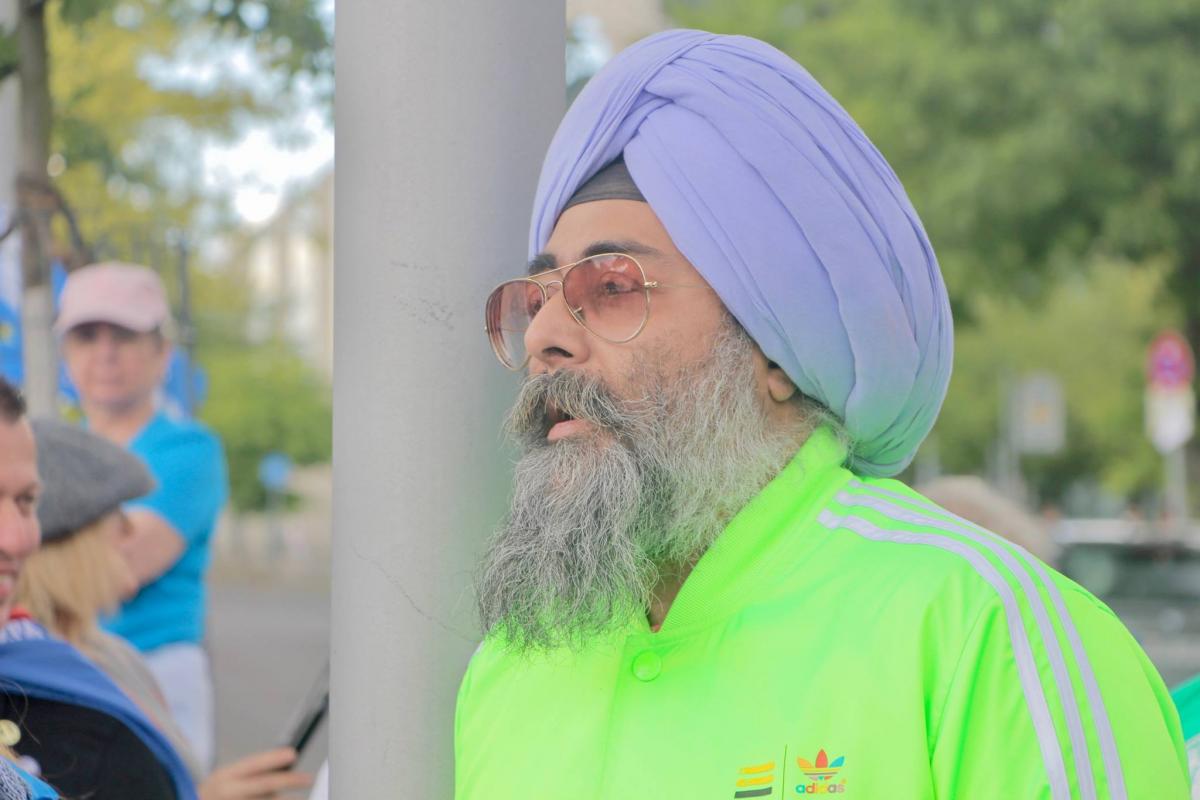 “The general feel was extremely positive.” Germans for Scottish Independence

Colin Macpherson of GFI said: “The general feel was extremely positive. Over the course of the day we had many people coming up to us asking what we were doing, and as far as I am aware we only had positive reactions.

“After the event, many of us met up for a blether in Das Gift and that too was great, not just for the folk who had come over from Scotland but also for those of us who live in Germany – it’s not often you get the chance to chat with like-minded people face to face.”

Solidarity leader Tommy Sheridan spoke at the march and was joined by “mystery guest” comedian Hardeep Sing Kohli in Berlin as the demonstration took to the government headquarters in the German capital.

They were joined by German politicians who have shown favour in Scotland joining the EU should they choose to leave the UK in any subsequent referendum post Brexit.

“Given that one of our goals is to raise awareness of the Independence movement in Germany it was great to see a German MP giving his support to us.” Germans for Scottish Independece

Among them was MP Stefan Liebich, of the Left Party. 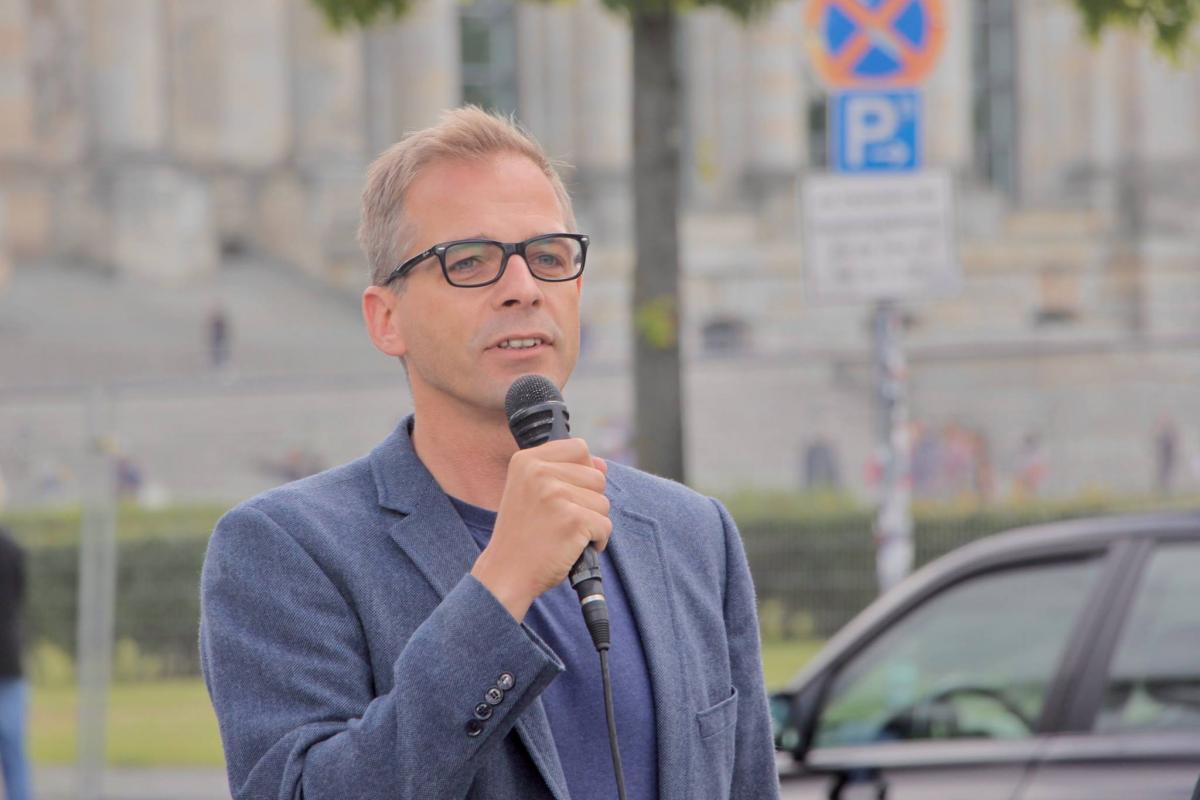 Macpherson said: “We only had two politicians speaking, the rest were grassroots folk, but both speeches went down very well. Given that one of our goals is to raise awareness of the Independence movement in Germany it was great to see a German MP giving his support to us.” 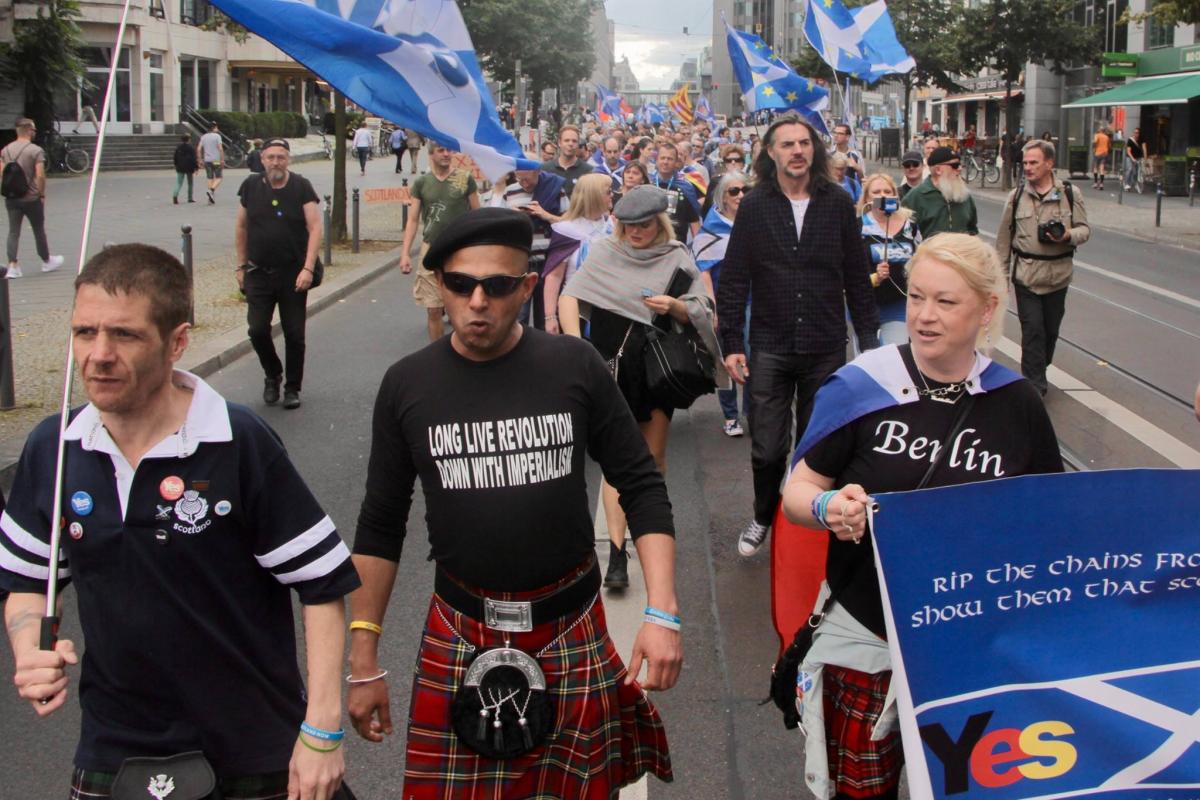 The German MP’s attendance came after The Free Democratic Party (FDP) and Alliance 90/The Greens (The Greens) both claimed they would “keep the door open” to Scotland re-joining the EU.

Germans for Scottish Independence was formed by German national Marco Gorlach during the lead-up to the referendum in 2014. Gorlach wanted to do anything to help the Yes campaign after falling in love with Scotland.