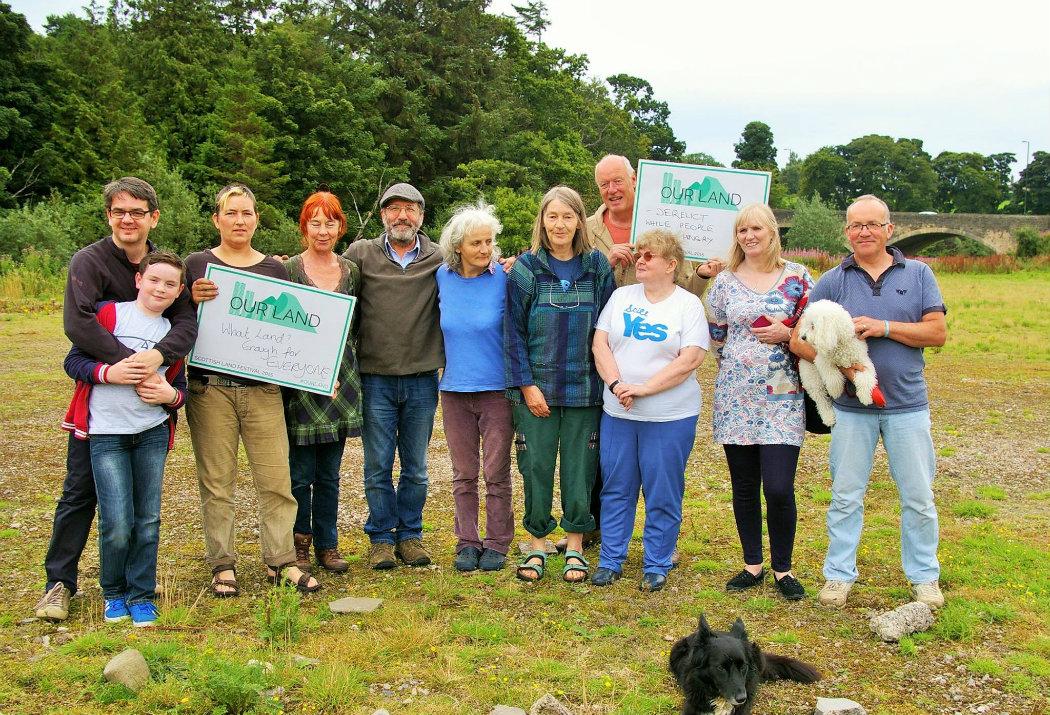 AS PART of the Scottish Land Festival , community campaigners have been highlighting problems with misuse of land that could be solved through land reform measures at the Scottish Parliament.

Here are some of the issues campaigners have been raising.

Mike and Gail are concerned about wildlife shootings .

Catriona Mulholland says: “This kind of factory forestation leaves no room for nature.”

Laura-May Kennedy : “Farmland on the outskirts of Carnoustie, recently for sale at a price tag of PS2,000,000. I have a wee pipedream of having a small holding or an area near the town with several small holdings that folk could use. At this price I could never afford to buy land. Most likely the land will be used to build housing in the future.”

Libby McAinsh: This site used to be the local farm house and shop in Carnoustie, Angus. It is currently up for sale with planning permission for 5 houses. It has been sitting vacant and derelict for a good few years. Libby says: “This land contributes nothing to our community. Imagine a community orchard contributing to the health, wealth and wellbeing of our community.”

Sheena Keeley highlighting 1 of 3 pubs in Arbroath that have lain empty for years. “Urban spaces doing nothing for the community,” she says.

Actor Tam Dean Burn highlights the campaign to save North Kelvin Meadow as a community space.