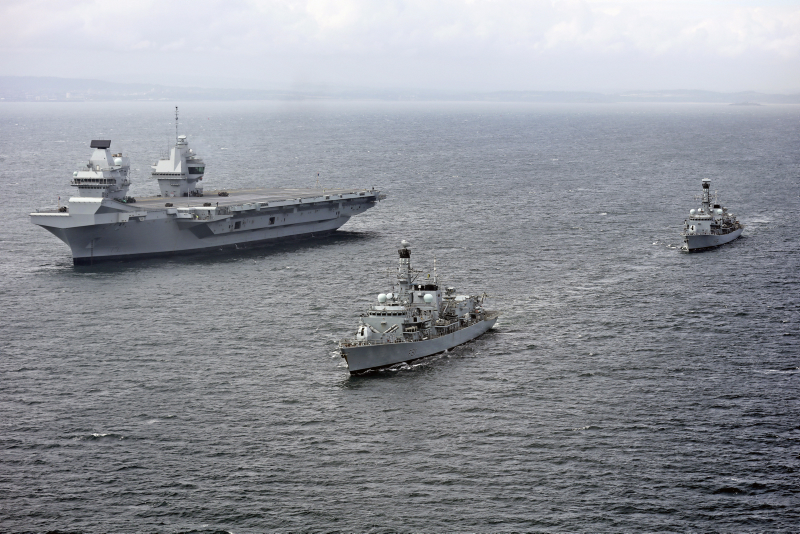 A TOWN built up around its dockyard with the shipbuilding industry at its heart, community leaders in Rosyth have expressed sadness and anger over the shock UK Government decision to restart bids for the Type 31e frigate programme which could have supported hundreds of jobs.

Theresa May’s government buried the bad news for Rosyth amongst a raft of other bad news government announcements on the day Westminster broke up for recess, with MPs now unable to raise the issue at Westminster.

The bidding process will re-open after the Ministry of Defence claimed no compliant bids were received, despite it being widely believed throughout the industry that the bid led by industry giant Babcock at Rosyth was the favoured contractor.

Speaking to CommonSpace, Rosyth community council chair Danny Hughes, who has lived in the town for over 20 years, said the let down was the latest in a long line of decisions which have left locals feeling like Rosyth is neglected for political convenience, with Rosyth being an area with just one Tory councillor in office.

“Rosyth has been treated badly, and people do feel like decisions like this one and others have been done to reward other areas for political convenience,” he said.

Built in 1909, Rosyth’s dockyard was privatised in 1984 after it was a hub for the UK Navy throughout the first and second world war. The shipyard has also been the sight of engineering activity related to Britain’s nuclear weapons and submarines.

Neighbouring Rosyth is like a number of ex-mining communities in Fife such as Cowdenbeath which have also felt the negative effects of Conservative industrial policy, with food bank usage increasing across the region faster than the Scottish average.

Hughes told CommonSpace the biggest loss to the community over the years was that of well paid, highly skilled jobs which have seen the opportunities for young people around the area slashed: “There is just such a lack of opportunity now, with the most common employment being at the local Amazon warehouse.”

Located near Rosyth, the Amazon fulfillment warehouse has been the subject of controversy in the area because of its approach to workers’ rights, relying on temporary, zero hours labour through employment agencies.

“It’s not just the people who worked at the dockyard who benefited,” Hughes explained, “those well-paying jobs meant that the entire community and local economy could benefit.

“We’ve already seen the effects of that, with local businesses, like the ex-servicemen’s social club, closing down or struggling to stay open.”

Locals also told CommonSpace that the impact of local priorities have also not helped the area’s morale, with Rosyth being one of the few major population centres in Fife which does not have local services such as leisure centres despite it being the regions fourth largest town.

Home to a number of community projects, Hughes praised the area’s ability to make its own success, saying: “We are really proud that everything we have in the area is what we have secured for ourselves through hard work, such as the fleet grounds which now gives local kids access to football.

“All of our local politicians do work hand in hand with the community council, but there really is only so much they can do.”

The area is also home to a popular local boxing club which is provided by local coaches.

Run as a coalition between the SNP and Labour, Fife Council co-leaders David Ross [Labour] and David Alexander [SNP] joined local residents in their disappointment.

Councillor David Alexander told CommonSpace: “This is an absolute betrayal and just another in a long line of broken promises.”

Cllr David Ross highlighted the local economic impact: “This is extremely disappointing news and will put more pressure on Babcock’s at Rosyth, who are an important asset in Fife’s local economy.

“We will be considering what more we can do as a Council, both to support future jobs at Rosyth and to argue for future shipbuilding contracts to be based locally.”

Local MP Douglas Chapman, who is also the SNP defence procurement spokesperson, said the decision makers in Whitehall should realise the impact of their “lack of competence”.

“This decision by the Tory UK Government to stop work on the Type 31 frigate programme is a bitter blow to the skilled workforce at Rosyth. I heard that they were in pole position to win the contract, but to have the contract pulled at this stage is simply beyond belief.

“This kind of poor decision making is par for the course for the MoD – who would have thought of building aircraft carriers with no planes or expensive big ships that can’t operate in warmer sea temperatures – and that lack of clear thinking is killing confidence in the industry and putting jobs on the line.

“I am sure this shambolic, arrogant approach by the UK will not be lost on the electorate in Dunfermline and West Fife.”

Picture courtesy of the Ministry of Defence