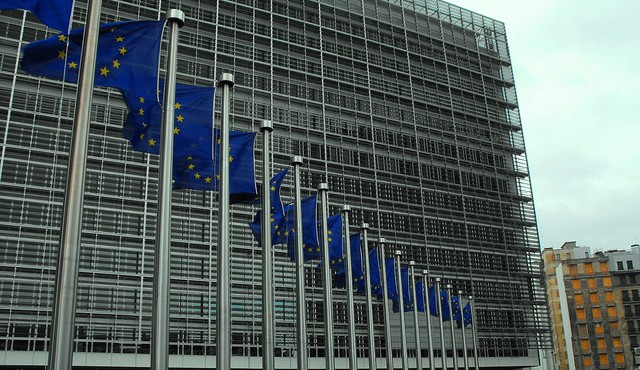 WITH PRIME Minister Theresa May’s government in turmoil over Brexit and its ability to agree a deal which both the EU and MPs can get behind, what options remain for Scotland to avoid what SNP MP Angus MacNeil described as a “cluster-mess”?

The battle lines in the Tory party are clearly drawn after Brexit secretary David Davis and foreign secretary Boris Johnson resigned on Monday (9 July) in protest against government plans to proceed with a “soft-Brexit” deal after a summit at Chequers, May’s official country home.

Hard Brexit supporters like Tory MP Jacob Rees Mogg have said the deal which May has drawn up would be “worse” than no deal, while the prime minister told the House of Commons on Monday that a no-deal scenario was still on the cards if the government’s deal can’t gain sufficient support.

READ MORE: Explainer: How could Theresa May be evicted from No 10?

The impending constitutional disarray should present clear opportunities for ‘Remainers’ and for opposition parties, but views on how best to take advantage of the situation are still mixed.

While the Scottish Parliament has passed its own emergency bill with cross-party support to provide for the scenario where the parliament cannot consent to the UK’s EU withdrawal legislation, the Scottish Government and even the Scottish Greens have played their cards fairly close to their chests as the situation has unfolded.

CommonSpace breaks down some of the options being floated by the different players.

The official line of the SNP is to push for the “least-worst outcome” from Brexit, which it argues means remaining in the Single Market and Customs Union.

Speaking on BBC Radio 4 this morning (10 July), First Minister Nicola Sturgeon reiterated this stance, stating: “I lead a country that didn’t vote to leave the EU. Notwithstanding that I have argued for a compromised position which is Single Market and Customs Union membership, I still think that is an argument worth making that has the prospect of commanding a majority.”

Sturgeon argued that this was a more likely prospect than securing a majority for a no deal in the House of Commons, and said that “after the last 24 hours it’s highly questionable about whether there’s a majority for the Chequers plan as it stands”.

While Sturgeon said the plan agreed by the UK Government over the weekend was “a step forward” and “more realistic” than earlier proposals, she said it still failed to protect “vital economic interests” such as services, which make up 80 per cent of the Scottish and UK economy.

An appealing proposition for those who favour continued EU membership is a vote on the final EU deal – a “ratification referendum” or “people’s vote” as it has been called by campaigners. Last month, over 100,000 people in London marched in support of the proposal, which has been backed for some time by the Liberal Democrats and the Green Party of England and Wales.

Scottish parties have been somewhat more circumspect on the issue, but the possibility appears to have gained more traction in recent weeks and days.

With regards to the specific outcome for Scotland, Russell said: “The only caveat I’ve expressed, and it needs to be resolved, is what happens if that vote were to repeat what happened two years ago – Scotland to vote to stay and the rest of the UK to vote to leave.”

Meanwhile, Scottish Greens co-convener Patrick Harvie responded to Monday’s resignations, stating: “It’s becoming clearer that voters in Scotland must have the final say on this Brexit mess caused and worsened by an incompetent and chaotic Tory Party.”

Clarifying the party’s position on a people’s vote, a Scottish Greens spokesperson told CommonSpace: “It may be that a ratification referendum, giving the public the option of rejecting the Withdrawal Agreement and staying in the EU, is now the only way to stop Brexit.

“If it can be brought about, we will welcome this and campaign vigorously to Remain. We’d also seek guarantees that the individual results of the four UK nations are respected.”

Others have suggested that the disintegration of May’s cabinet should be enough to justify another snap election – particularly if May’s position as prime minister and party leader becomes untenable.

Following Johnson’s resignation, Scottish Labour leader Richard Leonard said May was “in office but not in power” and said the crisis made a Labour government with Jeremy Corbyn as prime minister “a very real possibility”.

He said: “The chaos at the heart of the Tory government underlines that a General Election can happen at any time – for Scotland this is the chance to change course, securing billions of investment in our economy and services and away from austerity.

“In the interests of the great majority of people in Scotland and across the United Kingdom, we must have a General Election.”

The SNP has remained more restrained in its calls for an election, but the party’s deputy leader Keith Brown told CommonSpace: “With the Tories in turmoil over Brexit and rumours rife that Theresa May will be ousted from office, we’re fired up, ready to go.”

Dr Kirsty Hughes, director of the Scottish Centre on European Relations told CommonSpace that considering how to work a possible general election to its advantage may well be a more pressing priority for the SNP than backing a second EU vote.

“It is looking increasingly unstable politically which means it will be harder to get to a deal with the EU and harder to get any deal through Westminster,” Hughes said.

“The big question for the SNP may not be whether to support a further EU vote – though that remains- but what their general election strategy would be and what demands they would make if there were a minority Corbyn government, both on Brexit and on independence.”

Of course, a majority in the Scottish Parliament remain in support of a second independence referendum, and while official Scottish Government position on the issue has been fairly cautious, some have argued that the case for independence has been bolstered by the events of recent days.

Whilst indicating their support for a potential vote on the final EU deal, a Scottish Greens spokesperson advised CommonSpace that the party’s “preferred position is an independence referendum, which the Scottish Parliament has already voted for”.

Speaking on Sunday Politics Scotland, Scottish Brexit minister Mike Russell suggested that if there were to be a vote on the final Brexit deal and Scotland again yielded different results, this may be “a recognition that Scotland wished to be independent”.

Meanwhile, SNP MP Angus MacNeil posted a poll on Twitter on Monday night, asking: “Should the inevitable Brexit cluster-mess be Scotland’s cue for #indyref2?”, and received almost 6,000 votes with 92 per cent agreeing with his view.

MacNeil added: “When the Tories talk of the ‘Brexit the British people voted for’ they mean England and Wales not Scotland and Northern Ireland.

“Above nails the lie of the family of nations guff we were fed in 2014 to keep Scotland’s wealth under Westminster rule.”

In the present circumstance of political uncertainty, it appears the outcomes for Scotland and the rest of the UK are almost infinite, and those opposing the UK Government on Brexit and other issues have yet to cohere to any unified strategy.

Like a goalkeeper in a penalty shootout, perhaps it’s a case of waiting to see in which direction the ball flies, and keeping all extremities open in the meantime.