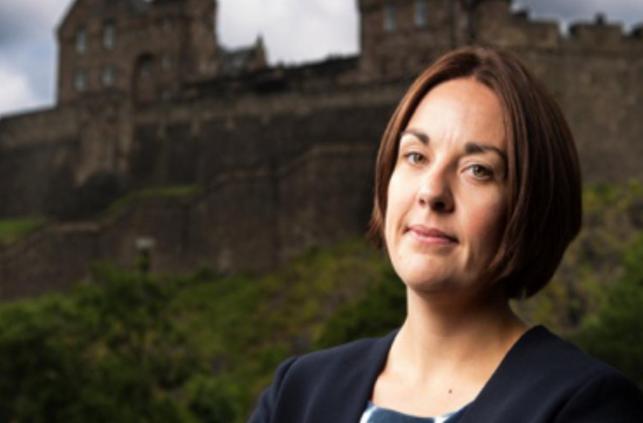 FOLLOWING Kezia Dugdale’s surprise resignation as leader of Scottish Labour, there is no shortage of possible candidates to replace her.

Dugdale herself became leader in 2015 after defeating Ken Macintosh with 72 per cent of the vote, following a relatively uncrowded leadership election.

Candidates for Scottish Labour leadership can be either MSPs, MPs, or MEPs. In order to be nominated, candidates require at least 15 per cent support from Labour MSPs, MPs and MEPs.

“Over the coming weeks the Scottish Executive Committee of the Labour Party will decide the process and timetable for a leadership election.” Scottish Labour Party General Secretary Brian Roy

In a press release sent out this morning, General Secretary of the Scottish Labour Party Brian Roy said: “Over the coming weeks the Scottish Executive Committee of the Labour Party will decide the process and timetable for a leadership election.”

Ahead of the coming leadership battle, CommonSpace takes a look at some of the likely candidates for Scottish Labour’s next leader. 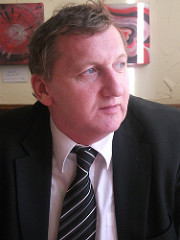 Dugdale’s erstwhile deputy and the current interim leader of Scottish Labour following Dugdale’s resignation, Rowley was first elected to the Scottish Parliament in the January 2014 Cowdenbeath by-election. He lost his seat to Annabelle Ewing and the SNP in the 2016 Scottish parliamentary election, but was re-elected as an additional member for Mid-Scotland and Fife.

Rowley’s positions as deputy and now interim leader of Scottish Labour make him an obvious contender.

Rowley, a former protégé of Gordon Brown, to whom he was an assistant and election agent, has also previously been a Fife councillor, an education officer for the TUC and a general secretary of Scottish Labour between 1998 and 1999. His daughter, Danielle Rowley, was elected as a Labour MP for Midlothian in the 2017 General Election.

Rowley is seen by some as having a more open mind to constitutional reform than most of his Scottish Labour peers. After Labour’s disappointing result in the 2016 Scottish election, Rowley backed home rule for Scotland, stressing that Labour could not longer “ignore the constitution”.

Rowley also argued that Nicola Sturgeon had the right to call a second independence referendum, saying he would “not oppose” such a move, given that the SNP had highlighted Brexit as a potential trigger for another referendum in their manifesto. Later in 2016 he was accused of u-turning on this position when he called for the “distraction” of a second vote to be shelved.

Rowley’s positions as deputy and now interim leader of Scottish Labour make him an obvious contender. This is also not the first time Rowley has been considered as a possible leader. In 2016, former Labour special advisor Paul Sinclair predicted on BBC Scotland that Rowley – who he described as “a man whose ambition is in inverse proportion to his ability” – would challenge Dugdale in the aftermath of Corbyn’s victory over Owen Smith’s leadership challenge.

Rowley was unavailable for comment at the time of publication. 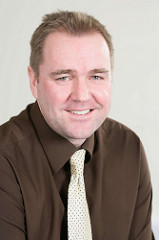 Neil Findlay, an MSP for Lothian first elected in 2011, has previously been shadow cabinet secretary for fair work, skills and training, shadow cabinet secretary for health and shadow minister for skills and learning. He is also the convenor of Scottish Labour’s Campaign for Socialism and was the Scottish election chief for Jeremy Corbyn during the 2015 Labour leadership campaign.

Findlay has often been considered a potential leader for Scottish Labour, particularly since he stood against Jim Murphy for the position in 2014 after Findlay’s preferred candidate, Gordon Brown, ruled himself out of the running. Since Dugdale’s resignation last night, many on social media have been speculating over his possible candidacy.

“I will not be putting put my name forward in this election.” Labour MSP Neil Findlay

However, during a Twitter conversation with the Scottish writer and commentator Gerry Hassan last night, Findlay wrote: “I have said repeatedly I will NEVER stand for any leadership position again”.

This was confirmed in a press release sent out by Findlay’s office this morning, which said: “I will not be putting put my name forward in this election. I wish Kezia and those who may seek to succeed her the very best for the future and I look forward to Parliament returning next week so I can work with my colleagues to hold the SNP to account for their appalling mishandling of our public services, expose the Tories for their shambolic handling of the Brexit process”.

Nevertheless, even if Findlay does not stand, his close connection with Corbyn may mean he has significant say in the future of Scottish Labour. 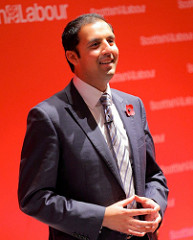 Anas Sarwar has been a Glasgow MSP since his election in 2016. Prior to that, he was MP for Glasgow Central from 2010 to 2015, losing his seat to the SNP’s Alison Thewliss, and served as deputy leader of Scottish Labour between 2011 and 2014. He has also served as vice-chair of the Blairite pressure group Progress.

Critical of the Scottish Government for their supposed refusal to mitigate the Tory ‘Bedroom Tax’, Sarwar nonetheless was among the 10 Scottish MPs who abstained from voting against the controversial housing benefit reform.

Son of Mohammad Sarwar, former MP for Glasgow Govan and the first Muslim MP in British history, Anas Sarwar was co-ordinator of Scottish Labour’s independence referendum campaign from 2012 onwards, and many of his statements during that highly charged period continue to inspire strong reactions.

Notably critical of the Scottish Government for its supposed refusal to mitigate the Tory ‘Bedroom Tax’, Sarwar nonetheless was among the 10 Scottish MPs who abstained from voting against the controversial housing benefit reform.

Sarwar was unavailable for comment at time of publication. 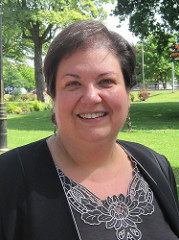 Jackie Baillie is an MSP for Dumbarton and has been a constant presence in the Scottish Parliament since its inaugural election in 1999. She has also served in the Scottish Executive (as it was then known) as minister for social justice, during Henry McLeish’s tenure as first minister.

Baillie ruled herself out of the 2014 leadership election, saying she preferred a “supporting role”.

Baillie, in addition to being a well-known Scottish Labour veteran, has some prior experience in a leadership position, having stood in for Johann Lamont during First Minister’s Questions while Lamont attended the funeral of former Labour leader Tony Benn, and again following Lamont’s resignation. However, Baillie ruled herself out of the 2014 leadership election, saying she preferred a “supporting role”.

Baillie was unavailable for comment at the time of publication. 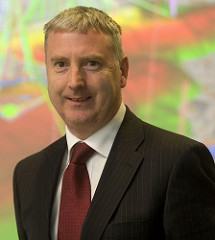 Kelly is perhaps best known for an incident in 2015, when – during joint Labour and SNP opposition to the UK Government’s Trade Union Bill – Presiding Officer Tricia Marwick rejected a bid by government ministers to lodge a Legislative Consent Motion against the bill. Following a heated exchange with Marwick, Kelly was repeatedly told to sit down, before being escorted from the chamber.

Kelly was unavailable for comment at the time of publication. 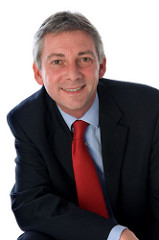 Richard Leonard has been a list MSP for the Central Scotland region since 2016, having finished second when standing in the Airdrie and Shotts constituency.

Leonard is considered by some to come from the left of Scottish Labour, though without the high profile of Neil Findlay or Alex Rowley.

Prior to that, he was an organiser for the GMB trade union and a Scottish TUC economist specialising in the Scottish economy. He is also secretary of the Keir Hardy Society and vice chairperson of the Scottish Labour History Society.

Leonard is considered by some to come from the left of Scottish Labour, though without the high profile of Neil Findlay or Alex Rowley.

Leonard was unavailable for comment at the time of publication.