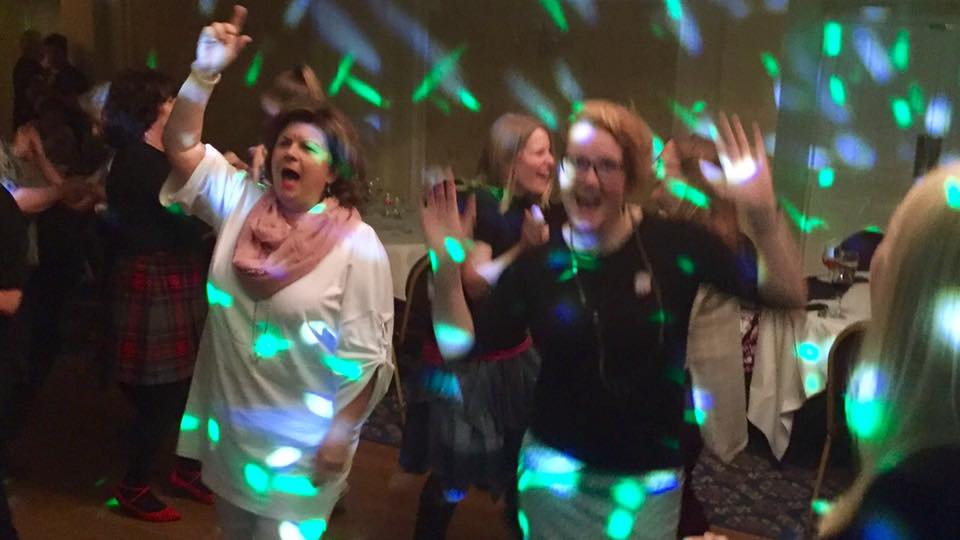 Organisers call others to get up and indepenDANCE following successful debut

LAST Friday, the first ever IndepenDANCE brought independence supporters to the dance floor in Haddington, and organisers are encouraging other groups to try their hands – or feet – at planning similar events.

A local campaign group, Common Weal East Lothian, organised the event after being inspired by an idea journalist Lesley Riddoch had mentioned in a podcast. The event was based around the idea of coming together and getting to know each other, as a positive means of building and sustaining a movement.

Jim Fraser of Common Weal East Lothian described the event as “the dance where nobody wants to say no” and said it was a great success. A profit of £150 was made which will be donated to think tank Common Weal to continue its work in producing and promoting policy.

“IndepenDANCE is based on the premise that we should be dancing as if we were living in the early days of a better nation.” Jim Fraser

Fraser said: “In the mould of National Collective’s touring Yestival (whose first stop was perhaps not coincidentally also in Haddington), IndepenDANCE is based on the simple premise that we should be dancing as if we were living in the early days of a better nation. And so we did last Friday.” 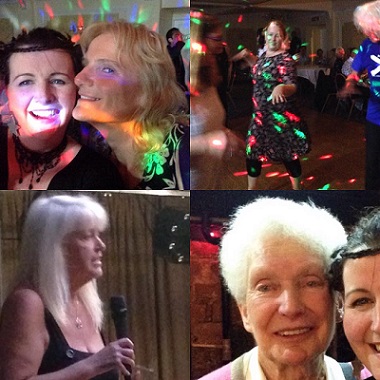 Over 100 people attended the event at the Maitlandfield House Hotel in Haddington, which featured Lesley Riddoch and Elaine C Smith as guest speakers – and guest dancers. The night even included the appearance of an unexpected guest in the form of Owen Jones, who happened to be staying at the hotel.

Fraser said that attendees included “people of various political persuasions, and of none”, and that “importantly, their number included a sprinkling of folk who I’m pretty sure voted No to Scottish self-determination last time round”.

“Perhaps the people in the west and Highlands are just too shy to take up the challenge of public dancing?” Jim Fraser

Fraser has theories on why East Lothian the first place to hold an IndepenDANCE, while encouraging groups in other areas to take up the mantle and make this only the first of many such events.

Fraser said: “As Lesley Riddoch herself has pointed out, a little bemusedly, the idea of IndepenDANCE didn’t initially take root in radical Glasgow, or even the Independence City of Dundee near where she lives, but in little Haddingtonshire-by-the-Sea.

“Now, perhaps the difference was simply the drive and dedication of one committed activist, and her merry band of helpers. Or perhaps the people in the west and Highlands are just too shy to take up the challenge of public dancing? 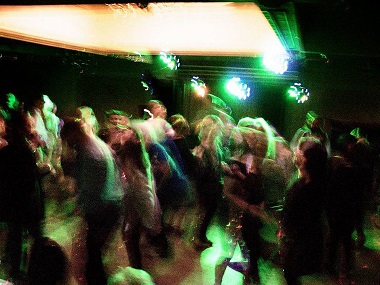 “I prefer to think the people of East Lothian, who voted 2:1 for the EU, were just desperate to come out and do something positive to take their minds off being dragged out of Europe against their collective will.

“To shake not only a puny fist of protest against such insular xenophobia, but also a well turned leg.”

“There are more populous, and let’s face it, infinitely cooler towns and cities in Scotland than Haddington. But if they think they have more pluck and get-up-and-go than the East Lothian community, well, they ought to take more water in it.

Vicky Swann of Common Weal East Lothian, who was the mastermind behind last week’s event, has already put together a check-list for future IndepenDANCE events and is encouraging people to get in touch. Swann said: “If I can do it, then anyone can do it!”