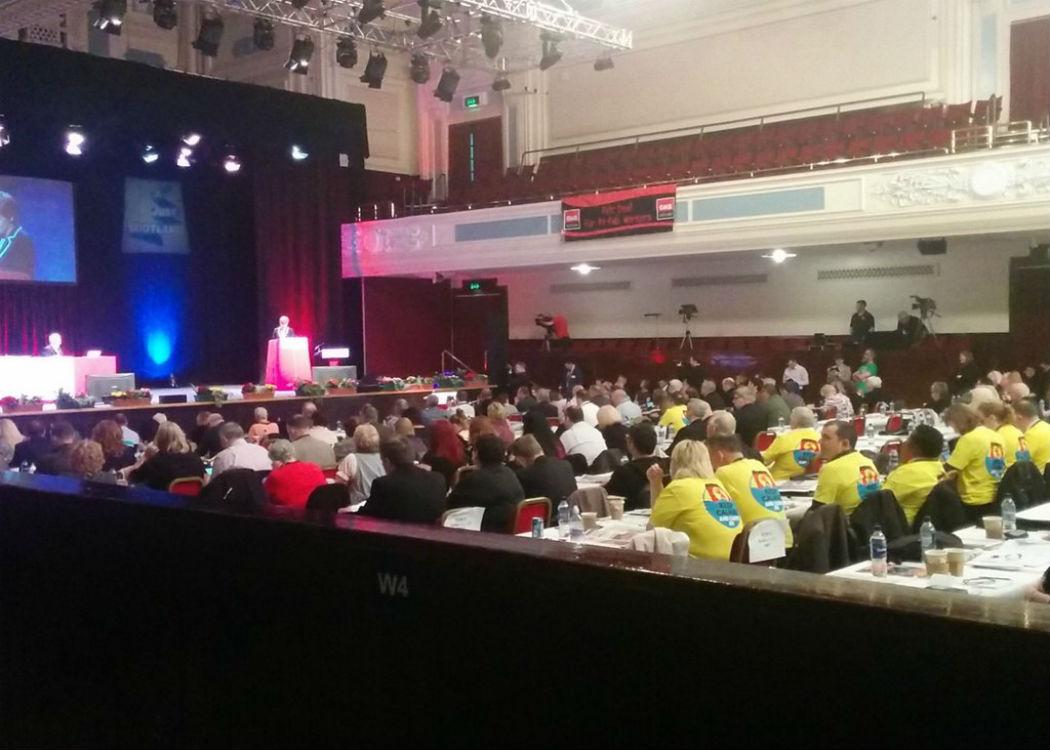 The conference, which represents 39 Scottish unions and more than 600,000 trade unionists supported a motion to “bring about inclusive education and to put an end to homo/bi/transphobic bullying in Scottish schools.”

Delegates supported the aims of the Time for Inclusive Education (Tie) campaign, which calls for specific teacher training to provide LGBT+ inclusive education in Scotland’s schools to combat the epidemic of mental ill-health, self-harm and suicide suffered by LGBT+ youth .

“We are delighted that the STUC have backed our campaign. The trade union movement has a long history in supporting the struggle for LGBT+ rights and it is excellent that this has been carried forward today.” Tie spokesperson

Several delegates spoke to the gathering, which is the 119 th national conference of Scottish trade unionists, about their own experiences of homophobic bullying in schools.

A Tie spokesperson said: “We are delighted that the STUC have backed our campaign. The trade union movement has a long history in supporting the struggle for LGBT+ rights and it is excellent that this has been carried forward today.

“We now have the weight of the Scottish trade union movement behind us, as well as various political parties, which is a hugely significant step forward for our campaign.”

The delegates supported proposals that no school should be exempt from providing inclusive education. The vote comes after comments by Michael McGarth, director of the Scottish Catholic Education Service, that “promoting homosexual activity” is “not the job of a government”.

The endorsement of the aims of the Tie campaign comes after months of steadily increasing support from the labour movement, including from Unite tanker drivers and the 14,000 strong SNP trade union group .

The Scottish Greens, Scottish Liberal Democrats and Rise have also endorsed the aims of the campaign in the run-up to the Scottish elections on 5 May 2016.