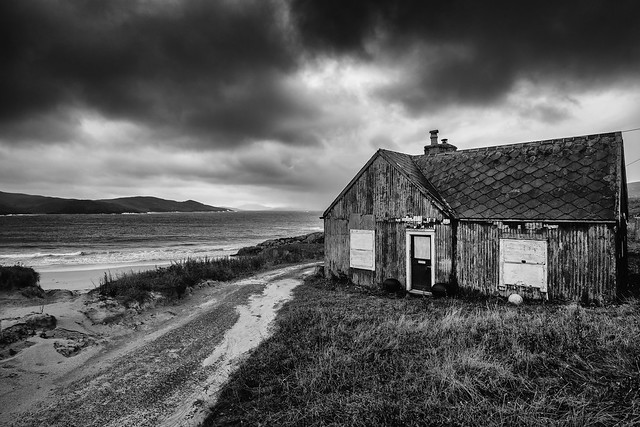 The SNP previously made a manifesto commitment to introduce the new power, which would allow local authorities to sell abandoned buildings or plots of land to the highest bidder

THE SCOTTISH GOVERNMENT has faced criticism after admitting that its pledge to introduce compulsory sales orders would not be delivered within this parliament.

Compulsory sales orders (CSOs) are a legal mechanism intended to help local authorities address the many thousands of empty homes and vacant urban land across the nation. CSOs would allow the authorities to sell these buildings and plots to the highest bidder after they have been derelict for a set period of time, allowing them to be regenerated.

The Scottish Government’s walkback of the SNP manifesto pledge was revealed by housing minister Kevin Stewart over the summer, and confirmed during an appearance by Stewart before Holyrood’s local government and communities committee this week. Stewart also admitted that, over the past three years, there have only been nine compulsory purchase orders.

“We continue to plan to introduce the new powers we previously committed to.” First Minister Nicola Sturgeon

Sturgeon responded: “Unfortunately, given constraints on the legislative programme and particularly the potential implications of Brexit, we’ve said that at this stage, we don’t expect to be in the position to progress on compulsory sale orders in this parliamentary session, but we do remain committed to introducing that power to local authorities.

“There have been a number of issues and challenges with the current proposal we have to think through a bit more, not least to make sure than any proposal is compatible with the European Convention on Human Rights. Of course, local authorities have other options – many local authorities already use their compulsory purchase order powers to tackle empty homes.

“So we will continue to work closely with the Empty Homes Partnership to support authorities to use their existing powers as we continue to plan to introduce the new powers we previously committed to.”

“People are crying out for affordable housing, yet we have over 100,000 empty and under-used second homes across the country.” Green MSP Andy Wightman

A proposal for the introduction of CSOs was submitted by the Scottish Land Commission in August 2018. Addressing the concerns mentioned by Sturgeon regarding the ECHR, the Commission sought advice from Professor Tom Allen of the Durham Law School, an expert on international property law and property as a human right. According to the subsequent proposal paper, although the early stages of the policy’s development made his conclusions “necessarily tentative”, he was “able to provide reassurance that the broad principles of the CSO proposal described in this paper are compatible with Convention standards.”

Following Sturgeon’s remarks at FMQs, the Scottish Empty Homes Partnership’s National Project Manager Shaheena Din told CommonSpace: “We would like to see compulsory sales orders as part of the toolkit available to local authorities and their officers working to bring empty homes back into use.

“We know that empty homes officers across Scotland think CSOs would help them in their work to bring some of the more ‘difficult’ cases of long-term empty properties back into use.

“I hope there is another opportunity to introduce this measure in the near future.”

Responding to delay in the CPOs delivery, Scottish Green housing spokesperson Andy Wightman commented: “Empty homes are a serious issue in Scotland. People are crying out for affordable housing, yet we have over 100,000 empty and under-used second homes across the country.

“The least we could expect is the SNP meet its own manifesto pledges, especially since they consulted on it in 2015. Meanwhile, there has only been nine successful compulsory purchase orders in three years.

“The policy to give councils more powers to bring empty homes and vacant land into use could have had a major impact, so it is disappointing to see it pushed off the legislative schedule. The minister admitted it was not a priority.

“This decision follows the capitulation to vested interests from SNP MSPs in the Planning Bill, where they blocked much-needed reform of planning permission for short-term lets. The Scottish Government is going backwards on land reform.

“Everyone in Scotland deserves a secure, warm home. It is indefensible that so many lie empty, and it’s time the Scottish Government had the courage to do something about it.”

Also commenting, Common Weal director Robin McAlpine said: “This is entirely consistent with the Scottish Government’s pattern of jettisoning any previous commitments that clash with the interests of big commercial vested interests. There doesn’t seem to be any policy which isn’t disposable if it meets resistance from commercial lobbyists.