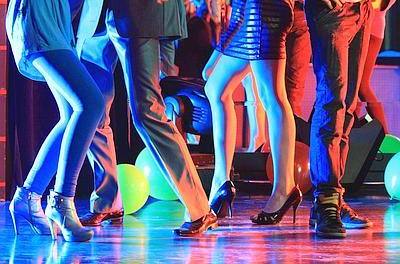 On Friday 25 August, Common Weal East Lothian will host a party in Haddington for independence supporters, offering a chance for people to get to know each other and rekindle the positive spirit of the movement.

The event will kick off with some brief words from Common Weal East Lothian organiser Vicky Swann, Lesley Riddoch and Elaine C Smith, but the organisers are determined to save the bulk of the evening for the important stuff: dancing.

“We need ideas, uplifting talk and a sorted grassroots plan to get indy over the line next time round – but that will all work better if we bond and trust one another.” Lesley Riddoch.

Speaking to CommonSpace, Lesley Riddoch explained the origins of the indepen-DANCE: “A pro indy Dundee-based friend of mine Susanna had the idea of an independance movement years ago.

“We were bemoaning the fact there’s nowhere to dance once you turn 30 (or maybe earlier?), except the occasional wedding. But we love dancing and particularly the old 70s/80s stuff.

“I mentioned the idea in a podcast and the bold gals of Common Weal East Lothian picked it up. I really hope other Common Weal and Women for Independence branches round Scotland follow up.”

With a disco including 70s and 80s music, disco and reggae, along with some modern tunes, there’s bound to be something for everyone. The party will be held at Maitlandfield House Hotel in Haddington, with tickets offered on a pay-as-you-can basis, ranging from £2 to £10.

Common Weal East Lothian has been organising information based events across the country for the past few years, with topics ranging from banking reform, to land reform, to fracking. Next Friday, however, the group wants to take a more light-hearted approach and offer a chance to network— with a bar included.

“As the anarchist Emma Goldman apparently didn’t say; ‘If I can’t dance I don’t want to be part of your revolution.’ I’d agree.” Lesley Riddoch.

Lesley Riddoch suggested that this is just what the independence movement needs. “Of course we need ideas, uplifting talk and a sorted grassroots plan to get indy over the line next time round – but that will all work better if we bond and trust one another.

“And that’s easier when we’ve all let our hair down a bit and had some fun. In fact, the business of creating a new country kinda demands that we get out of old, bad, sedentary habits.

“As the anarchist Emma Goldman apparently didn’t say; “If I can’t dance I don’t want to be part of your revolution,” I’d agree.”

The event will also act as a re-launch of sorts for Common Weal East Lothian, as the group plans to begin a series of monthly events called ‘Doing Things Differently’. Each event will focus on a different topic and will feature guest speakers.