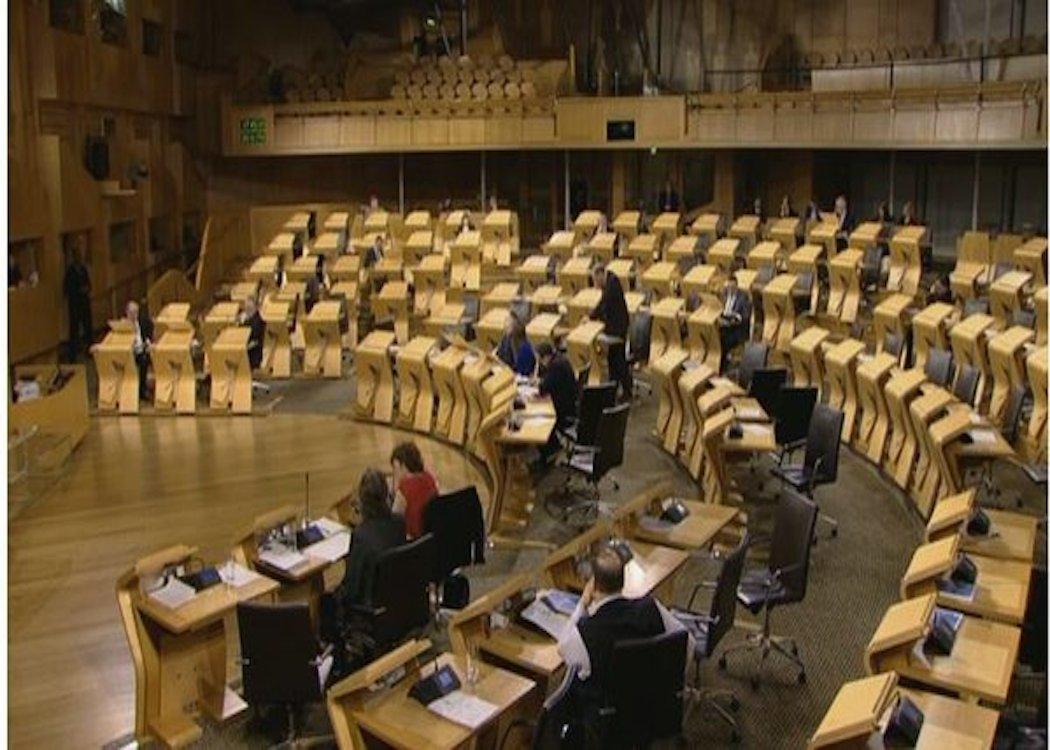 THE SCOTTISH Parliament’s debate on the draft land reform bill failed to provide any evidence that proposals will be strengthened, leaving widespread frustration among campaigners.

Yesterday’s debate [Wednesday 16 December] was a key milestone for the bill, which SNP members , an official committee of MSPs and thousands of campaigners have called to be strengthened.

However, the failure of the Scottish Government to publish its response to a key report on the bill in time for the debate caused widespread consternation towards the government’s approach.

Land reform campaigner Lesley Riddoch described the debate as “so blinkin maddening”, as cabinet secretary Richard Lochhead failed “to shed any light on how the Scottish Government will alter the land reform bill in response to the Scottish Parliament Rural Affairs, Climate Change and Environment (RACCE) committee. Very disappointing.”

Andy Wightman, a land reform expert who also campaigned for independence, stated that: “After the land reform debate, the only thing we know regarding the Scottish Government’s views is there should be Gaelic speaker on Land Commission.”

“The proposal [in part three of the bill] is unenforceable and will continue to allow Scottish landowners to be involved in complex schemes of tax avoidance.” Alison Johnstone MSP

All other proposals from the RACCE committee report – over 140 pages long, including substantial proposals to parts 3,4,5 and 10 of the bill – have yet to receive a response from the government.

SNP voter Stewart Lochhead said the response of the government on land reform was “not good enough” and described the issue as “SNP leaders’ shame.”

Another SNP supporter, going by Cal o’ the wind online, added: “Not good enough. Members were adamant that the bill must be much further reaching.”

Even SNP MSP and presiding officer Tricia Marwick raised concerns over the lack of information provided by ministers prior to the debate. She stated: “The minister [Aileen McLeod] may wish to reflect on the handling of this situation, which is disappointing and is not very helpful.”

“Show the people that our Old Nobility is not noble, that its land are stolen lands.” Tom Johnston

SNP members called for a far stronger land reform bill – including action on unequal ownership, ownership transparency and tenant farmers’ rights – in an October rebellion against the party’s leadership .

SNP member Nicky Loudon MacCrimmon, who led the land reform rebellion at the party’s conference, reacted to the slow progress in parliament: “Any progress on land reform bill is welcome but the Scottish Government need to be clear on when and how the RACCE committee report will be considered. Frustrating.”

A year of campaigning, protests and petitions of tens of thousands of people in the land reform movement – including Women for Independence and Common Weal – have pressed the Scottish Government to strengthen the bill.

Gibson, alluding to demands for change from grassroots activists, said: “Many eyes are on this parliament. People want to see whether we can deliver the land reform that they want. I hope that we can match the ambition of the Scottish people and change our relationship with land, so that everyone can feel connected to it, be involved in how it is managed, and benefit from its use.”

“Scottish Land and Estates [representatives of large private landowners] is still flexing its muscles and threatening the government with multimillion-pound legal challenges if we go ahead with the bill.” Dave Thompson MSP

Russell, who said state intervention will eventually be required to provide land tenancies, said: “Land is an asset for the whole of Scotland, not just those who are wealthy enough to buy it or lucky enough to inherit it. The people have a right to benefit from it.”

Johnstone called for the government to improve its proposals on land ownership transparency, based on the cross party recommendations: “The proposal [in part three of the bill] is unenforceable and will continue to allow Scottish landowners to be involved in complex schemes of tax avoidance and evasion and secrecy. The best option on the table by far is to allow only EU-registered companies to own land. We welcome the committee’s recommendations on that point.”

Urquhart recommended that the work of former secretary of state for Scotland Tom Johnston’s work on Our Scots Noble Families should be more widely read.

His book, as quoted by Wightman , stated: “Show the people that our Old Nobility is not noble, that its lands are stolen lands – stolen either by force or fraud; show people that the title-deeds are rapine, murder, massacre, cheating, or Court harlotry; dissolve the halo of divinity that surrounds the hereditary title; let the people clearly understand that our present House of Lords is composed largely of descendants of successful pirates and rouges; do these things and you shatter the romance that keeps the nation numb and spellbound while privilege picks its pockets.”

Research by Wightman and land historian Jim Hunter found that just 432 people own 50 per cent of Scotland’s private land, an unrivalled concentration of ownership compared to other developed nations.

SNP MSP Dave Thompson, who quoted biblical passages from psalm 24 and Leviticus, warned: “Scottish Land and Estates [representatives of large private landowners] is still flexing its muscles and threatening the government with multimillion-pound legal challenges if we go ahead with the bill.”

“I very much look forward to debating the issues, and I intend to submit our response to the committee shortly, in line with the protocols agreed with the Parliament. It is a job that we want to get right rather than rush. I am keen for us to take the opportunity to listen to all the views from across the parliament and to reflect members’ views in our response.”

Amendments to the land reform bill must all be published by 15 January. The full bill, following further debate and a parliamentary vote, must be passed before the end of the parliamentary session in March.

MSPs supported the draft bill by 100 votes to 15, to provide the opportunity to strengthen the land reform proposals in the new year.