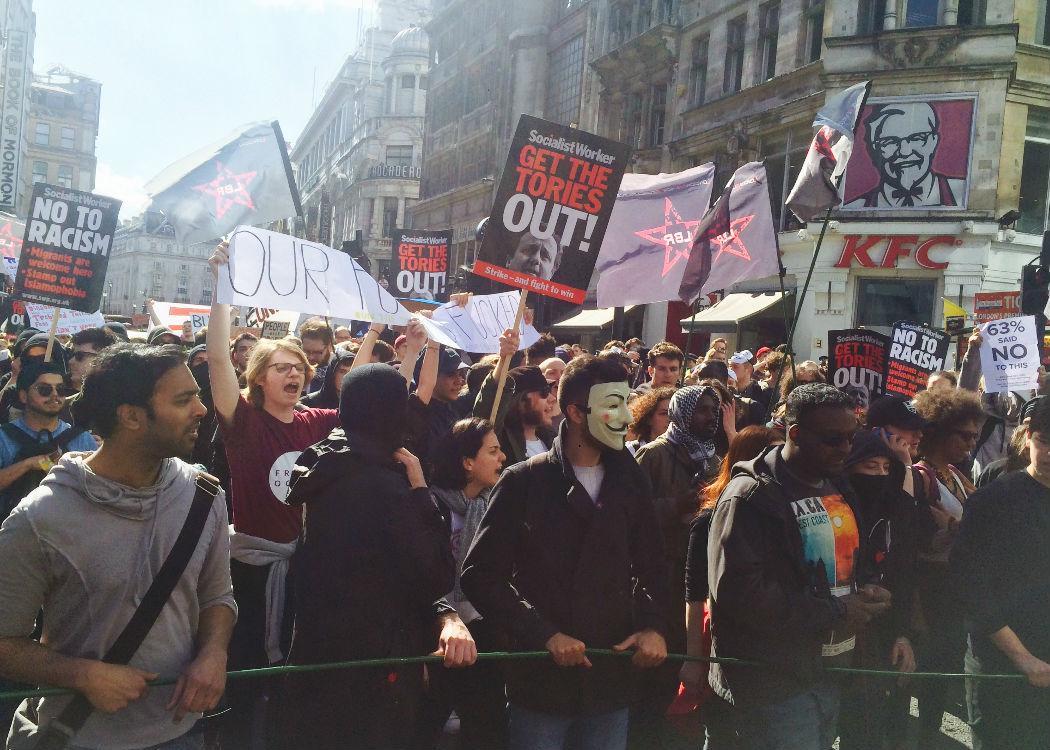 COMMONSPACE journalist Liam O’Hare has been in London since election day last week to cover the aftermath of the vote, and at the weekend he covered the anti-Tory protest in the city.

O’Hare used Twitter and Periscope to get images from the protest online when the situation escalated. Police used batons and kettling tactics to try and curb protesters, who have since raised concerns about heavy-handed policing.

Click here to read the full report on CommonSpace.

After the protest, O’Hare spoke to Independence Live about what happened. Click here to watch the interview.