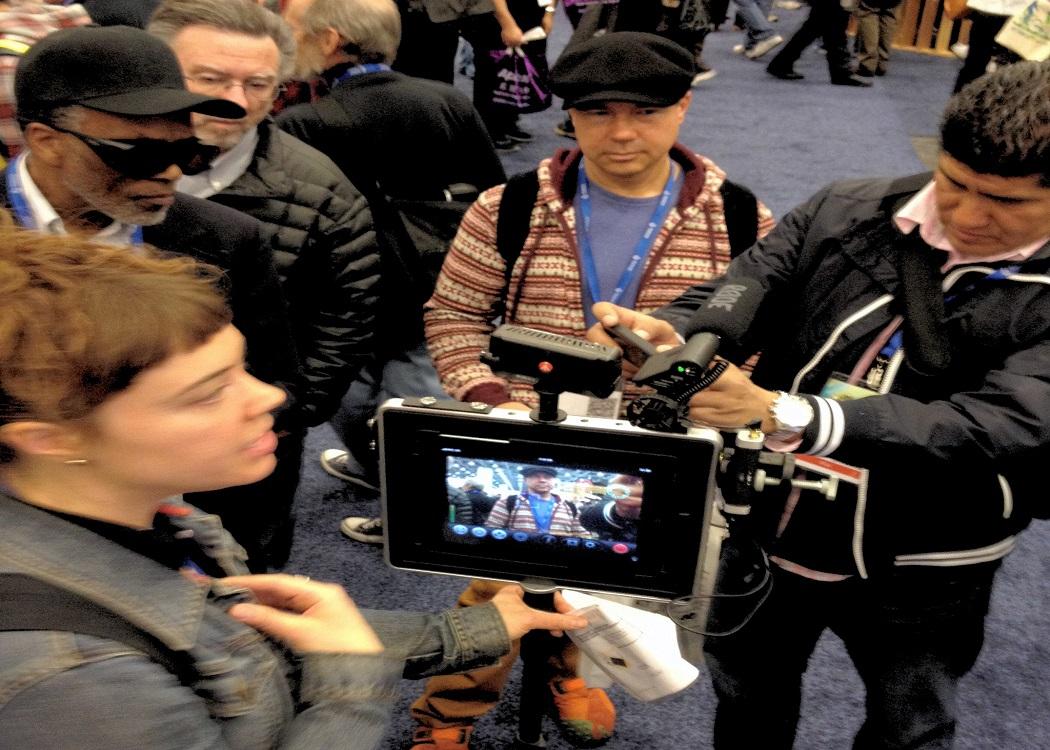 FLICK through the Independence Live website, and it’s clear that they don’t miss much. Pretty much every major movement event that has happened this year has a video recording, and all the big upcoming events have a livestream button ready for the day. Remarkable, considering it’s run almost exclusively by volunteers.

“We’ve now got about 25 people regularly working on Independence Live in some way or another; blogs, interviewing people, livestreaming,” Kevin Gibney, one of two founders of Independence Live, tells CommonSpace.

“It started off in September 2013 with just me and Derek McLean, when the Radical Independence Campaign [RIC] where putting on an event in the Glad Cafe in the Southside of Glasgow,” Gibney adds. “My brother had sent me an iPad from America as a present, so I just thought I should use it.”

Gibney began covering demonstrations, public meetings, press conferences, including on issues not directly connected to the referendum, like pro-Palestine demonstrations, and quickly began to develop an online following of people who appreciated being able to watch events that they couldn’t attend in person.

“I went to a Better Together event in Langside Halls [Southside of Glasgow] that wasn’t publicised, but I had found out about it through a RIC bulletin. A BBC cameraman was there. I started to film it live with my iPad, and one of the organisers started questioning me about what I was doing, but he couldn’t stop me because there was a BBC camera there too. All I was doing was videoing the whole event, not just taking a clip for a one minute piece on the news. How could he stop me?

“The whole event was so plastic, so phoney – but you wouldn’t have understood the reality of it if you just watched the BBC clip. The livestream breaks that limited framework.

“The beauty of it is the fact that it’s unedited – what you see is what you get. With us, there’s no hiding place,” Gibney says.

“The beauty of it is the fact that it’s unedited – what you see is what you get. With us, there’s no hiding place.”

On referendum night, 3,000-4,000 people watched Independence Live film for nine hours in the CommonWealth Games arena in Glasgow at the count. Of the lectures they set up, one from Business for Scotland’s Ivan McKee has been viewed over 100,000 times.

The success of Independence Live led them to continuing their efforts after the referendum, covering a variety of progressive movements in Scotland.

“Since the referendum finished, we’ve been even busier,” Gibney says. “People now come to us asking us to record their events, and it’s people from all the parties – SSP, Greens and SNP – getting involved.”

“We’re branching out too – we’re doing interviews from Greece, Catalonia and America. I recently interviewed a homeless person outside Kelvingrove station, just to speak to him about his experiences. We spoke to Julie Webster at Maryhill Foodbank. We’re doing all sorts of things.”

“I believe the TV is hardcore unionist. And it’s not covering the sort of grassroots things we’re covering. I think it’s a vital tool for any movement or campaign now to do this. It’s a level of engagement that you just won’t get from traditional news sources. People can ask questions online live, while the event is ongoing,” Gibney says.

Independence Live is currently crowdfunding to raise enough to pay Gibney to continue co-ordinating the work full-time. With events on almost every night across Scotland, there’s a lot to do.

“We were just in Glasgow at first, now we’ve got a full team in Edinburgh too. We want to get a team in Dundee and Aberdeen. We really just want the idea to grow. We want to work with CommonSpace and the other new media to get it more widely used.

“I’m just so passionate about it, as much as when I first began,” Gibney adds.

The Independence Live team has an abudance of passion for building Scotland’s new media, and its service to the grassroots movements in Scotland has clearly had an impact significant to the people it gives voice to.

Click here to help keep Independence Live up and running by donating to the crowdfunding effort. So far, PS1,884 of a PS4,000 goal has been secured.