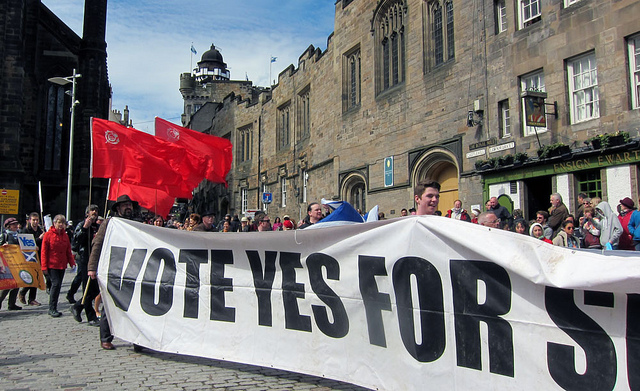 THERE is not enough time to hold an independence referendum before the UK officially leaves the EU, a constitutional expert has told CommonSpace.

First Minister Nicola Sturgeon reiterated on Tuesday [2 October] that she will not make a decision on whether to push for a second independence referendum until “there is greater clarity about the terms of Brexit than exists today”, and SNP deputy leader Iain Blackford has said Yes campaigners should not expect any announcement at the SNP’s annual conference, which begins this Sunday [7 October].

However, with the 29 March leaving date for Britain’s exit from the EU coming ever closer, Michael Keating, Director of the Economic and Social Research Council Centre on Constitutional Change, said that: “The legislative process at both Holyrood and Westminster and the Electoral Commission process make a referendum impossible before March.”

That will leave Scotland outside the EU even if a referendum was then held during the two year transition phase of Britain’s exit from the EU (which will not happen in the event of No Deal), the Chair of Scottish Politics at the University of Aberdeen added.

“During the ‘transition phase’, the whole of the UK (including Scotland) will be out of the EU, but a referendum could be held then – with Westminster consent (that is unlikely to be forthcoming). If it voted for independence, Scotland could then apply to join the EU or EEA as an independent state,” Keating said.

The University College of London’s Constitution Unit recently analysed the time it would take to host a second EU referendum, and found that “were legislation introduced the day parliament returned from the party conference recess (9 October), the earliest Thursday on which a referendum could be held would be 28 March – the very day before exit day.”

Aileen McHarg, Professor of Public Law at the University of Strathclyde, who is also involved with the Centre on Constitutional Change, was not as conclusive as Keating, but said hosting a referendum before the Brexit date was “very unlikely, even if not impossible.”

READ MORE – Deputy leader candidate: SNP should run its own campaign for indyref2

She explained: “The Scottish Government has a draft Bill ready, which presumably could be passed fairly quickly (as an emergency Bill if necessary) if there is a Parliamentary majority to allow that.  The Bill provides for a 16 week referendum period, but the consultation paper raises the possibility of a shorter time.  Passing the legislation and allowing a reasonable referendum period would be just about doable.

“The real obstacle would be the vires question.  Unless there is agreement with the UK Government any referendum legislation is likely to end up before the courts – either a pre-enactment challenge from the UK Government, or a post-enactment challenge from any interested party – and that would certainly be fatal to holding the referendum before Brexit day (even if the legislation were ultimately found to be intra vires).

“So, agreement from the UK Government to enact another section 30 order would again be necessary.  That would require time for negotiation, then the order would require to be approved by separate votes in the House of Commons and House of Lords, and in the Scottish Parliament.  Again, if everyone agreed to treat this as urgent, it might still be just about doable, but I’d suggest it is very unlikely indeed.”

McHarg added that it is feasible that if a referendum were to be held during the transition period which resulted in a Yes vote a fast-tracking mechanism for Scotland to rejoin the EU could be negotiated, but this would require the UK Government to secure such an agreement with the EU.

READ MORE: More Scots agree with Sturgeon than May on holding #ScotRef before Brexit

She said: “Holding a referendum during the transition period would give more time, but it would still be subject to the issue about securing the agreement of the UK Government, or risking a legal challenge.

“A referendum vote is only the beginning of a process of independence, which would require negotiation between the UK and Scottish governments (and I can imagine that this time round there might be stronger arguments for a second referendum on the terms of independence). It seems unlikely that that would be completed before the end of the transition period, and in any case, we will formally have ‘left’ the EU on Brexit day.

“I suppose there is a slight possibility of some kind of transitional deal which could tide us over until the independence process was complete, so as to enable an independent Scotland to rejoin the EU.  Given the attitude of the EU27 to accommodation of special status for Northern Ireland, I can imagine that a transitional arrangement might be possible from the EU perspective, but it would be the UK Government rather than the Scottish Government which would have to formally agree to such an arrangement.

“Would a post-Brexit UK Government regard it as desirable to facilitate an independent Scotland remaining part of the EU?  Could we rely upon it acting as an honest broker between Scotland and the EU?”

In March 2017, the Scottish Parliament voted in favour of a second independence referendum and agreeing a Section 30 order with the UK Government. However, Prime Minister Theresa May responded that “now is not the time”, before First Minister Nicola Sturgeon took the Section 30 application off the table for the time being – following a disappointing 2017 General Election result for the SNP.

The attitude of leading unionist voices on allowing another independence referendum has been growing increasingly belligerent. Scottish Tory leader Ruth Davidson and Scottish Labour leader Richard Leonard have both stated that their respective parties will advance UK Government opposition to a future referendum in their next General Election manifestos, a position which the SNP has said is at odds with democracy.

Robin McAlpine, pro-independence campaigner and director of the Common Weal think-tank, responded to Keating and McHarg’s comments by saying “there was never the slightest possibility” of Scotland becoming independent before the UK left the EU, and that the focus of Yes voters should be on 2020 or 2021.

McAlpine stated: “There was never the slightest possibility that Scotland could have held an independence referendum, negotiated the terms of independence, be recognised internationally as an independent nation state and come up with a deal to achieve full EU membership before the UK crashed out Europe. People who thought there was a ‘continuity EU’ option with a fast referendum being a technical necessity were always being misled.

“Decisions like this are not technical but political so the question is when do the politics open up for us? I have said consistently for over two years now that our best moment is 2020 or soon after the 2021 Scottish elections. That is when public concern over Brexit is likely to peak and that is the moment we must take. It is a permanent frustration that we have made so little progress in preparing both the case to be put to voters and the campaign to win them over given that we may now be less than two years away from our best chance of winning.”

READ MORE: Labour and Tories slammed for adoption of common front to bar an independence referendum

A pro-independence demonstration is set to be held on Saturday [6 October] organised by the All Under One Banner group, and is expected to be one of the largest Yes marches ever. It comes just the day before the SNP’s annual conference, and march organiser Manny Singh told CommonSpace on Monday [4 October] that the party needs to give independence campaigners a “clear answer” about what the strategy is for a future independence referendum.

“The SNP need to give independence supporters a clear answer. They can’t just keep saying ‘the hierarchy decides, and they have a plan’. That’s not good enough anymore. They need to advise the rest of the Scottish public what they are planning to do,” he said. 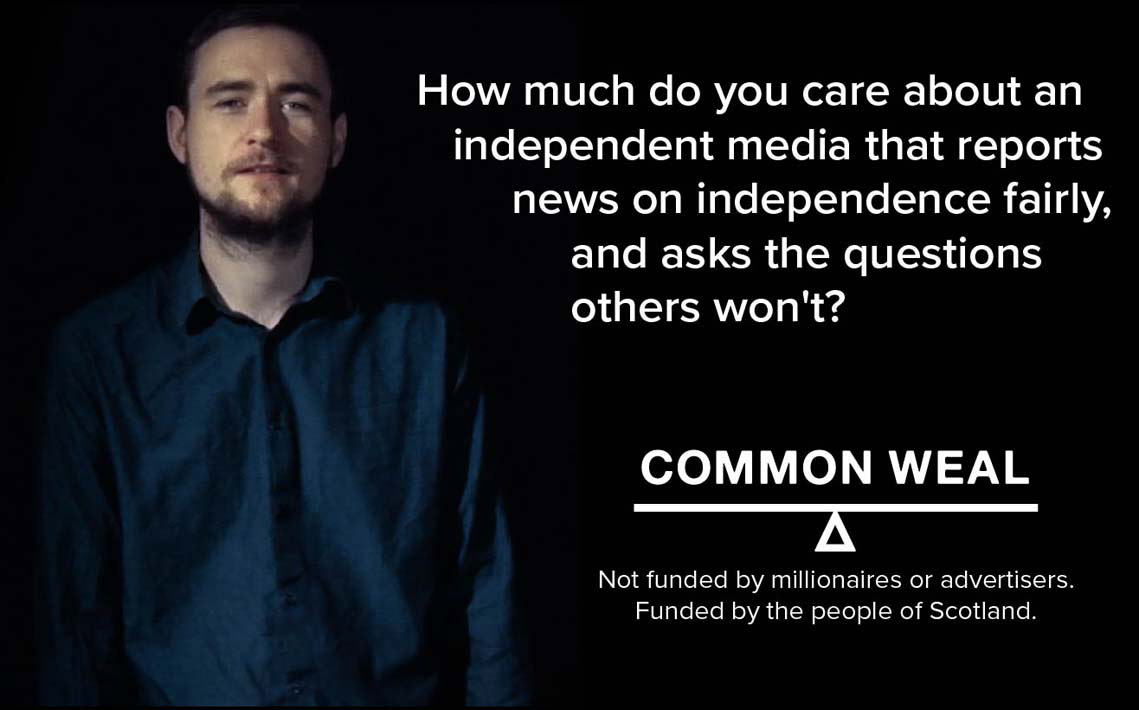