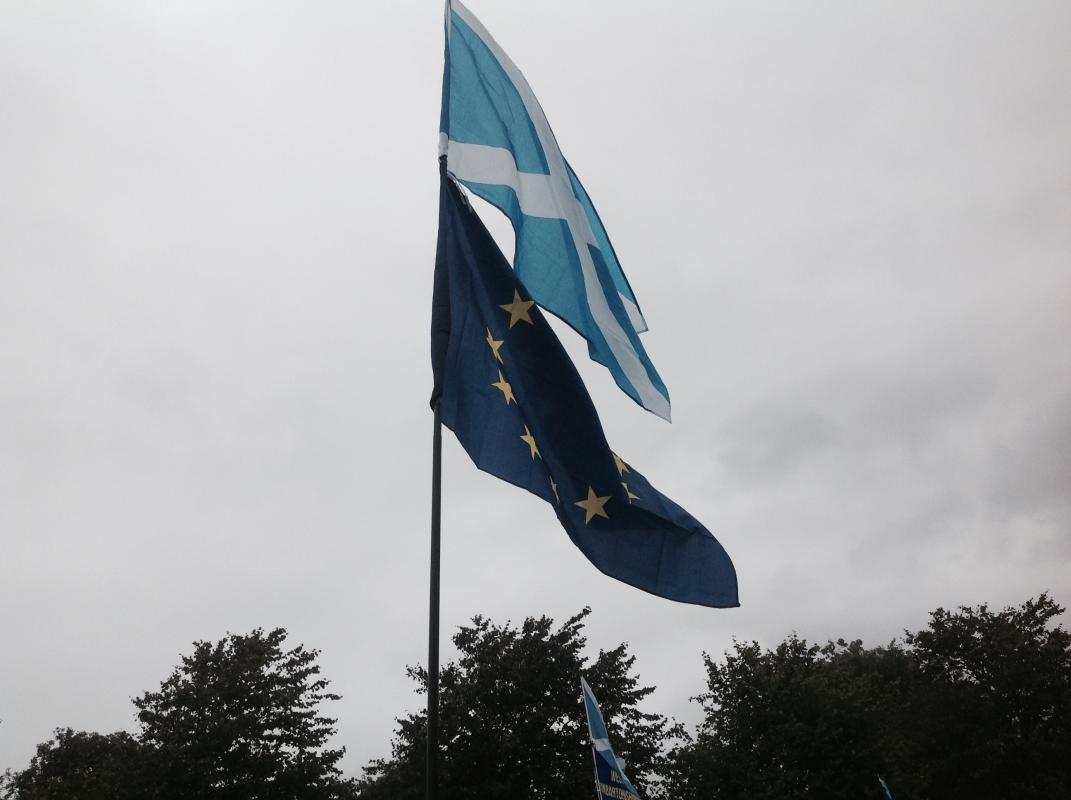 A NEW POLL conducted by the Sunday Times has found that over a third of respondents would see an independent Scotland staying in the European Union (EU) as the "ideal scenario", higher than any of the other options on offer.

The constitutional debate has been given a jolt by the Brexit vote in England and Wales, meaning supporters of the EU in Scotland now face a dilemma over the country’s future relationships with its neighbours. The second most popular option – remaining in the UK and EU (28 per cent) is likely to have been cut off as a result of the Brexit vote.

The SNP were quick to suggest the numbers would put more pressure on the UK Government to consider the opinion of the Scottish Government when taking the decision to leave the European Union (EU).

"And given that every poll conducted since June 23rd has shown support for Scottish independence higher than in September 2014, it is little surprise that the most ideal scenario for Scotland’s constitutional future is that of an independent Scotland within the EU." Derek Mackay

Commenting on the Sunday Times figures, SNP business convenor Derek Mackay, said: "The strong support for Scotland in the EU in this poll of course reflects the overwhelming Remain vote in Scotland in June – and piles further pressure on the Tories to justify taking Scotland out of the EU against our will.

"And given that every poll conducted since June 23rd has shown support for Scottish independence higher than in September 2014, it is little surprise that the most ideal scenario for Scotland’s constitutional future is that of an independent Scotland within the EU.

"Today of course marks two years since the independence referendum – in which Ruth Davidson stated categorically that 'no means we stay in' the EU. The ongoing Brexit shambles, with the UK Government unable to answer basic questions about what kind of relationship they want with the EU, has cast huge economic uncertainty over the whole of the UK.

"The SNP Government will continue to explore all options to protect Scotland’s relationship with the EU – and that must include the option of another independence referendum, if it becomes clear that this is the best option to do that.”

33 per cent of people said that an independent Scotland within the EU was their 'ideal scenario’.

Previous to the EU referendum which resulted in the UK voting to leave but Scotland voting to stay, Ruth Davidson had stated in the autumn of 2014 that if Scots voted to stay in the UK they would be ensuring EU membership.

The Panelbase poll commissioned by the Sunday Times and conducted between 9 to 15 September consulting 1024 Scottish adults, found that 33 per cent of people said that an independent Scotland within the EU was their 'ideal scenario', however 23 per cent said that Scotland in the UK outside but the EU was ideal. 28 per cent opted for remaining within both unions. 11 per cent supported Scottish independence and exiting the European Union.

The new poll showed slightly higher levels of support for Scottish independence in contrast to the result two years ago and also found that 6 per cent of people who voted 'no' in 2014 would now back independence to remain in the EU.