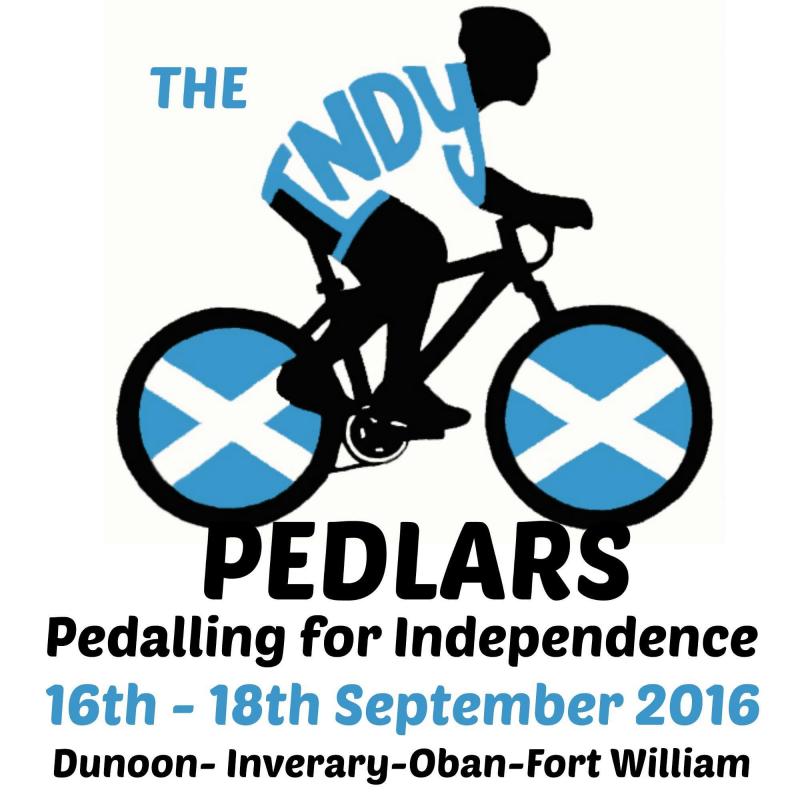 A COUPLE of old friends from Ayr College, brought together by the vision of independence and their love of cycling are taking their bikes on a tour of the west of Scotland this month in a bid to join up pro-independence activity.

Stephen Fairclough and Gordon Cuthbertson who formed the group Indy Pedlars, plan to cycle from Dunoon to Oban and onwards to Fort William, hoping to use the cycle to unite groups between the areas in support for independence.

The ride will take place from Friday 12 September to Sunday 18 September, setting off from the pro-independence organisation headquarters Forward in Dunoon.

"Thats the high tech side – but we just wanted to do something similar in the simplest way we could." Gordon Cuthbertson

Cuthbertson said that they were inspired in their epic ride by the launch of a new app to help link up Yes groups, which have continued seperate campaigning since the Scottish independence referendum of 2014.

He said: "We believe that ordinary people can do extraordinary things on their own or in small groups, but where they can really excel is when many people are united sharing their knowledge and skills.

"We believe that the National Yes Registry and the app it is creating to unite the many local groups that have been working in semi isolation can be a vital tool, to help them to communicate to save time and duplication of effort by connecting one group to another.

"Thats the high tech side – but we just wanted to do something similar in the simplest way we could."

The Indy Pedlars is a grassroots, voluntary organisation which doesn't affiliate with any political party in Scotland but whose aim is to encourage grassroots activism wherever they go.

All proceeds from the cycle tour will be donated to the National Yes Registry, with the tour itself leaving Dunoon for Inveraray on Friday 16th September, through to Grassroots Oban on Saturday 17th and then moving on to a reception at Aye2Aye at Cameron Square, Fort William on Sunday 18th September.

The organisers thought the symbolism of ending their destination on the second anniversary of the independence referendum would encourage others to think about what they've done in the two years since Scotland voted to No to independence by 55 per cent to 45 per cent Yes.

The prospect of a second independence referendum has been opened up by the UK’s shock vote to leave the EU on 23 June.