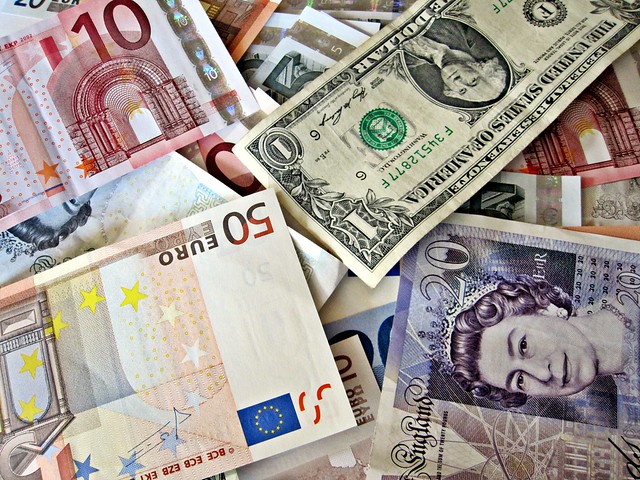 An openDemocracy petition calling for higher fines for electoral lawbreaking has now passed over 100,000 signatories

A SECOND Scottish independence referendum risks being influenced by dark money if stricter financial penalties are not imposed upon those who break electoral law, the journalist and campaigner Adam Ramsay has argued.

Ramsay’s comments follow recommendations from the Electoral Commission that tougher fines be put into place to prevent any electoral malpractice in a future independence referendum. While the Scottish Government’s Referendums (Scotland) Bill proposes a maximum fine of £10,000, the Commission instead recommends a maximum of £500,000.

Ramsay, an editor at the investigative journalism platform openDemocracy, has warned that the increasing likelihood of another referendum, an imminent General Election and a potential ‘People’s Vote’ on EU membership have added urgency to addressing British democracy’s vulnerability to manipulation.

An online petition started by Ramsay, calling for the fines faced by those breaking electoral law to be increased, yesterday [18 August] succeeded in garnering over 100,000 signatories.

Writing on the campaign website 38 Degrees, Ramsay said: “Right now, you can be fined more for touting tickets at a football match than you can for subverting British democracy, with the max fine being £20,000.”

“The last few decades have produced a new oligarch class, and in the ten years since the banking collapse, these new billionaires do seem to have focussed more of their attention on taking control of our politics.” openDemocracy editor Adam Ramsay

Commenting on violations committed during the EU referendum campaign which led to fines being imposed in 2018, Ramsay noted: “The Electoral Commission imposed the maximum fine on Vote Leave – just 0.3 per cent of its £7m budget.”

Speaking to CommonSpace this week, Ramsay commented on his petition’s success: “I’m thrilled that more than 100,000 people have supported our petition. Boris Johnson came into office promising to crack down on crime, but I think people are aware that he only really meant the kinds of crimes normally committed by working class people. His mega-rich mates continue to walk free when they break the law, and I think people are totally fed up.”

In light of openDemocracy’s investigations into the influence of dark money in British politics, Ramsay argues that such activity has increased in recent years.

Ramsay said: “The wealthy have always bent the laws of our democracy to maintain their power, but the last few decades have produced a new oligarch class, and in the ten years since the banking collapse, these new billionaires do seem to have focussed more of their attention on taking control of our politics.”

The possibility of a General Election, now being widely mooted for this autumn, makes the use of financial penalties as an effective deterrent all the more necessary, Ramsay continues: “I’m very worried that a coming General Election will see unprecedented bending of electoral law now that the Brexit referendum has revealed that the Electoral Commission has no real teeth.

“For example, while undercover, I’ve met people working for US style smear-machines which are coming to Europe and lining up to attack progressive candidates. If those sorts of organisations are going to operate, they need at the very least to do so in the open, and tell us who’s paying for them.

READ MORE: Pressure grows on Ruth Davidson to answer for ‘trail of dark money leading straight to her door’

“One of the groups I investigated undercover also has access to geo-fencing technology, which they told me allowed them to extract terrifying amounts of data from the phones of anyone in a particular area. We need our regulators on their toes to protect us from the advanced political technology we’re likely to see in the coming years – the like of which our election laws are not always prepared for.”

Asked if he felt a second Scottish independence referendum was similarly at risk of influence from dark money and electoral lawbreaking, Ramsay said: “Absolutely. When I was undercover at a Scotland in Union dinner a couple of years ago, one of their senior figures told me they were in talks with Cambridge Analytica. Although they dropped those conversations after CA was caught up in the investigations around Brexit, it shows what kind of connections they have, and I met other dark-arts political operatives at the same dinner.

“Last time around, most unionists didn’t take the chance of independence seriously, and the Yes campaign relied on a mass movement to propel itself forward. This time around, the British establishment will know what’s at stake, and we can expect them to take the gloves off.”