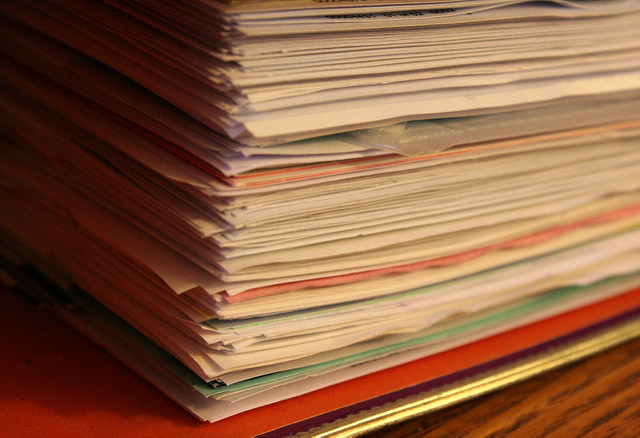 SCOTLAND’S Information Commissioner has issued a scolding to the Scottish Government for the way it handles FoI requests from journalists in particular, whose requests are treated differently from others, take longer to process and are more likely to be ignored.

The Commissioner, Daren Fitzhenry, published the report today [13 June] after a year-long investigation, spurred by a motion passed in the Scottish Parliament for an inquiry after a letter on 1 June 2017 signed by a range of journalists, including at CommonSpace, called on the Scottish Government to review its treatment of and policies relating to FoI requests.

The report is damning in its criticism of the Scottish Government, finding that it is “inherently wrong that a class of requesters is treated differently when processing requests for information solely because of who or what they are.”

The report goes on: “Journalists, together with MSPs and political researchers, are expressly made subject to a different process for clearance than other requester groups. This is inconsistent with the applicant-blind principle of FOI legislation. Their requests are almost invariably subjected to an additional layer of clearance which is likely to delay the consideration of the case.”

The report also found that the policy and guidance on the role of political advisers in the FoI process was “remarkably silent”, despite evidence of vetting of media FoI requests. The Commissioner found poor practise in record keeping, record management and staff training.

Fitzhenry did find recent improvements, stating “delay in journalists’ cases has reduced dramatically” due to an improved approach over the 2017/18 financial year.

The Commissioner has ordered the Scottish Government to come up with a draft action plan to reform its approach to FoI by September.

Journalist James McEnaney, a prolific user of FoI and campaigner for FoI transparency, told CommonSpace that report was personally embarrassing” for Nicola Sturgeon due to previous commitment to lead “the most open and accessible government” since the Scottish Parliament was established.

McEnaney said: “No amount of spin is going to change the fact that this is an extremely uncomfortable report for the Scottish Government: inadequate and chaotic record keeping, a lack of staff training, poorly-defined guidance and, critically, an explicit confirmation that the spirit of Scotland’s transparency laws have been “offended” by government practice are extremely serious. This is also personally embarrassing for the First Minister, who promised to lead “the most open and accessible government” that Scotland had ever seen.

“The most striking of the seven recommendations is, I think, number 3, in which the government has been explicitly instructed to stop treating journalists’ FOI requests differently from others. Indeed, the government’s existing procedures are described as “inherently wrong” and “contrary to the spirit” of FOI legislation. The severity of that finding should not be underestimated and the Scottish Government owes a sincere apology to those of us who have been affected by what are clearly unacceptable policies.

“Recommendation 4, demanding a better system of record-keeping for case files, is also very welcome. It will, finally, force the government to be transparent about the role of Special Advisers in the FOI process by ensuring that the rationale behind decisions is recorded and accessible. As this information is itself subject to FOI requests, the government should expect to have its homework checked regularly on this point.”

READ MORE – James McEnaney: Why a public inquiry into @ScotGov’s handling of FoI is now vital

“Being open and transparent is a priority set out in our current Programme for Government,” Fitzpatrick said. “We welcomed and cooperated fully with the Scottish Information Commissioner’s review and are happy to accept his recommendations in full to support our continued improvement.

“As the report highlights, we have already implemented a number of changes that have resulted in significant improvements to our FOI performance. In the first five months of 2018 we responded to 93% of FOI requests on time, exceeding the 90% target set by the Information Commissioner and a 10% increase on last year.  Outside the FOI process, last year the Scottish Government responded to over 5,000 queries from journalists in a matter of hours.”

The letter from journalists which called for a review of FoI handling said the Scottish Government’s commitment to being “a beacon of transparency was put into “grave doubt” by their experience of FoI’s.

“We are increasingly told the information we are seeking is not held where ministerial meetings with other bodies or individuals to discuss government policy are said to be informal, minutes are not taken, and records are not kept. Correspondence and reports that should be available seem not to exist,” the letter stated.