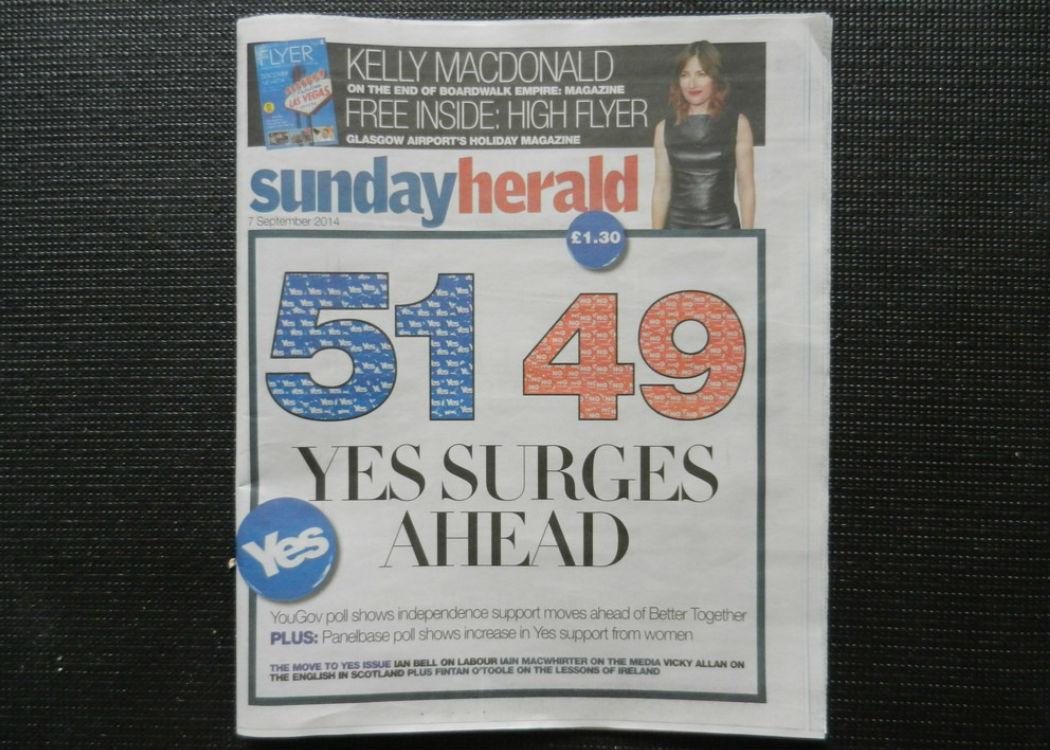 CAMPAIGNERS have launched an initiative to deliver a copy of a pro-independence newspaper to households across Scotland.

The Sunday Herald Sponsorship Initiative is aimed at targeting Scotland’s pensioners after polling suggested that 73% of Scotland’s over 65s voted No in last September’s referendum.

Now, the volunteer-run project aims to get an alternative message out to the older population by delivering free copies of the paper to them.

The Sunday Herald was the only newspaper in Scotland which supported a Yes vote in the historic vote last year, in a campaign that was dominated by accusations of pro-Union bias from the media.

Newsquest, which owns the Sunday Herald, has since launched a new independence supporting daily, The National.

The initiative is so far focused on Glasgow and Falkirk but organisers hope to expand across Scotland.

The campaign is solely reliant on donations but they have managed to secure support from the Sunday Herald for a discount when buying the papers in bulk.

One of the organisers of the campaign, Deneka MacDonald, said she first noticed the idea on Facebook and thought it was a great way to get involved.

“Since the indyref I have been desperate to do something tangible. I donate to CommonSpace, follow the new media and I’m a member of Women for Independence and we all want to do real things, kind of hands on. So this was really attractive. My background is educational and online learning and then me and my friend Val started our own group.”

MacDonald says that although she gets a lot of information from social media, she feels it’s important to get other news out there to people who don’t have digital access.

“During the referendum, I certainly was getting a lot of information via social media but various people I know who were older didn’t have that information. They were getting their news primarly from the BBC and reading the papers that they’ve always bought and read.

“There’s certainly that element of not being online and not having that digital access. When you start thinking about elderly people in sheltered houses they don’t have the option of just going to the shop.”

Campaigners are hoping that more volunteers will get involved so that the project can be rolled out nationwide.

“We would absolutely love for more people to get involved. We’ve had quite a few people email us already. We need volunteers, we need feet on the street, we need the funds and people committed to our paper round.

“You don’t need a car, you can stick your papers in a pack-sack and just go round a few local places.”