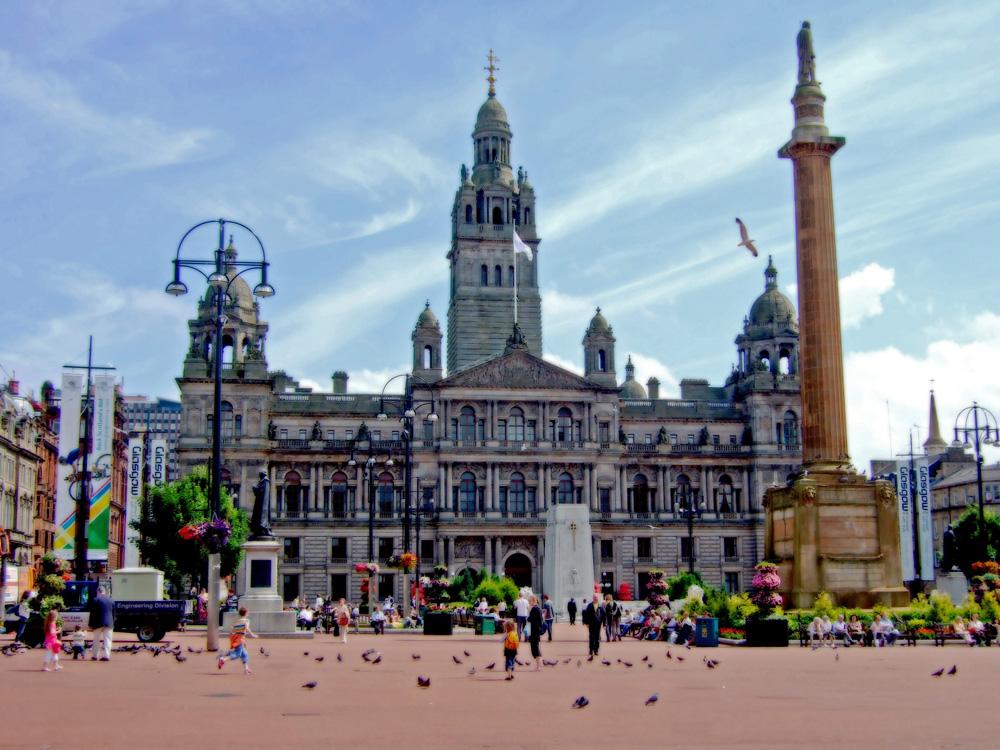 THE fatal accident inquiry into a bin lorry accident that killed six people and injured 10 others last December has revealed that nobody in the vehicle was able to access the controls of the lorry after the driver lost consciousness.

When bin lorry driver Harry Clarke collapsed while driving on December 22 2014, the vehicle careered along Queen Street and into a packed George Square before colliding into the side of the Millenium Hotel, resulting in a tragic loss of life.

Fellow crewmembers in the vehicle at the time of the accident Matthew Telford, 46, and Henry Toal, 47, told the court today that they were not aware of any health condition that Clarke may have suffered from, adding that they would have informed a supervisor if they have been.

Toal stated that had he have been given training on how to drive the lorry in question, it might have allowed him to do something differently. When speaking to the solicitor general, Toal added that although it had never crossed his mind to use the handbrake, he was unable to reach it anyway.

The court also heard that there were unopened bottles of beer in the vehicle. Toal stated that the first time he was made aware of the beer in the lorry was when the police spoke with him about it the day after the accident. He added that employees were sometimes given alcoholic gifts over the Christmas period.

The Crown Office declared before the inquiry was underway that it would not result in criminal prosecution, describing the incident as a tragic accident.

The inquiry, which commenced at Glasgow Sheriff Court on Wednesday 22 July, was initiated with a minute’s silence in memory of those who lost their lives in the accident, which was followed by a joint minute of agreed upon facts being read out to the courtroom.

Senior lawyers warned family members of the victims that, although it was in the public interest to show the footage, the CCTV recording of the crash might prove traumatic.

The facts included the layout of the road and area around George Square, noting that Christmas decorations and an ice rink were in place on the day of the tragedy. Both the visibility and weather at the time of the accident were deemed fine. The minute listed that the surface of the road in which the crash took place was in a good state of repair, and thus did not contribute to the impact of the crash. The facts also listed the crewmembers in the vehicle at the time of the accident, adding that there was no evidence to insinuate that the crash was a deliberate act.

Telford gave evidence yesterday and recalled the harrowing event. Telford, who was situated behind the driver’s seat, described how Clarke’s unconscious body blocked the controls to the lorry.

He explained how Clarke’s head had fallen to one side: “his whole body slumped to the left”, adding: “It didn’t seem right to me.”He described hitting and screaming at driver Harry Clarke as the vehicle ploughed through a busy George Square, with no response.

When asked if there was anything that could have been done differently, Telford replied: “I don’t think I could have done anything different but I suppose I’m always going to be asking myself that question.”

Condolences were offered to family members of the victim from Sheriff John Beckett who stated: ”I can only imagine the shock, pain and anguish, which you have suffered following your sudden and terrible loss. I extend my sympathy also to all of those who were injured and traumatised.”