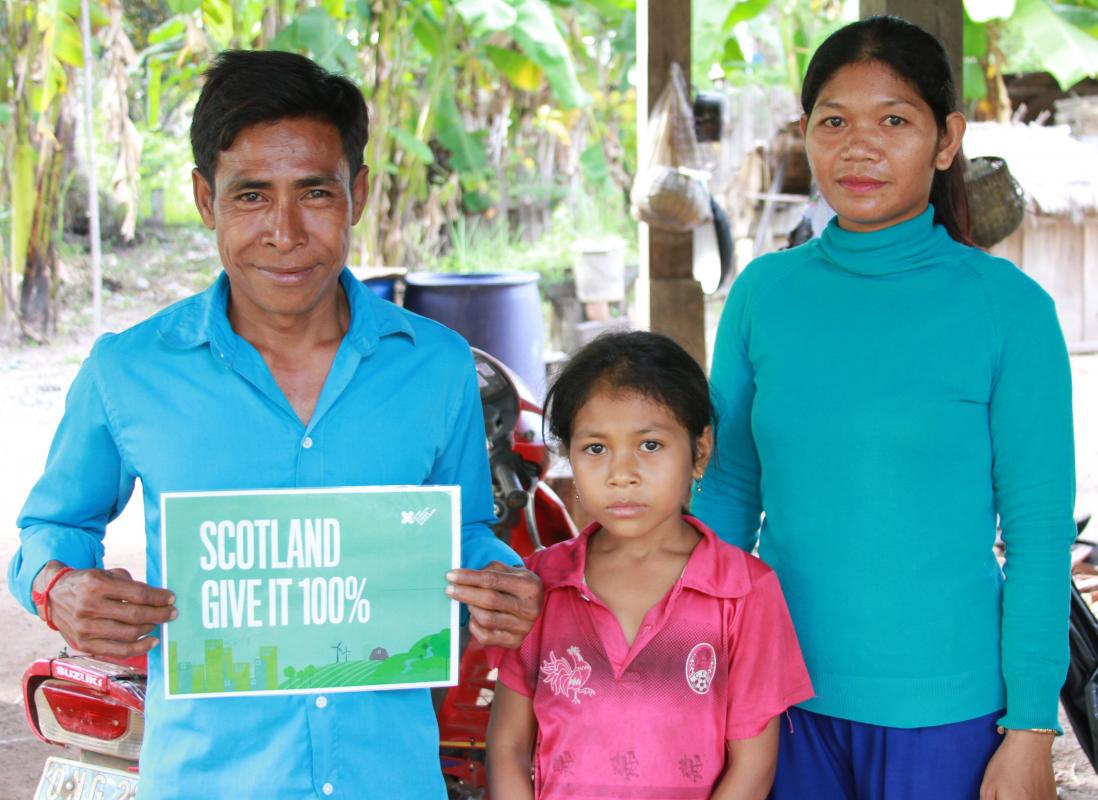 100 PEOPLE, spanning every continent, have added their voices to a campaign calling for a 2050 target to end climate pollution to be included in the Climate Change Bill.

Stop Climate Chaos Scotland (SCCS) has gathered messages of support from around the world and will be running a #100voices social media campaign over the coming weeks as the Scottish Government finalises the bill.

With pleas to the government coming from farmers in Africa, vulnerable communities in Asia, indigenous Arctic groups and Pacific Islanders, the campaign seeks to send a powerful message of the global impact which Scotland’s policy can make.

Stella Miria-Robinson, a Papua New Guinean Australian and roving ambassador for the Pacific Islands Council of Queensland shared her story: “We stand to lose our homes, lose our countries, lose our identities as distinct Peoples of the Planet, lose our cultures, languages and familiar places. We do not want to be passport holders of countries that have disappeared. 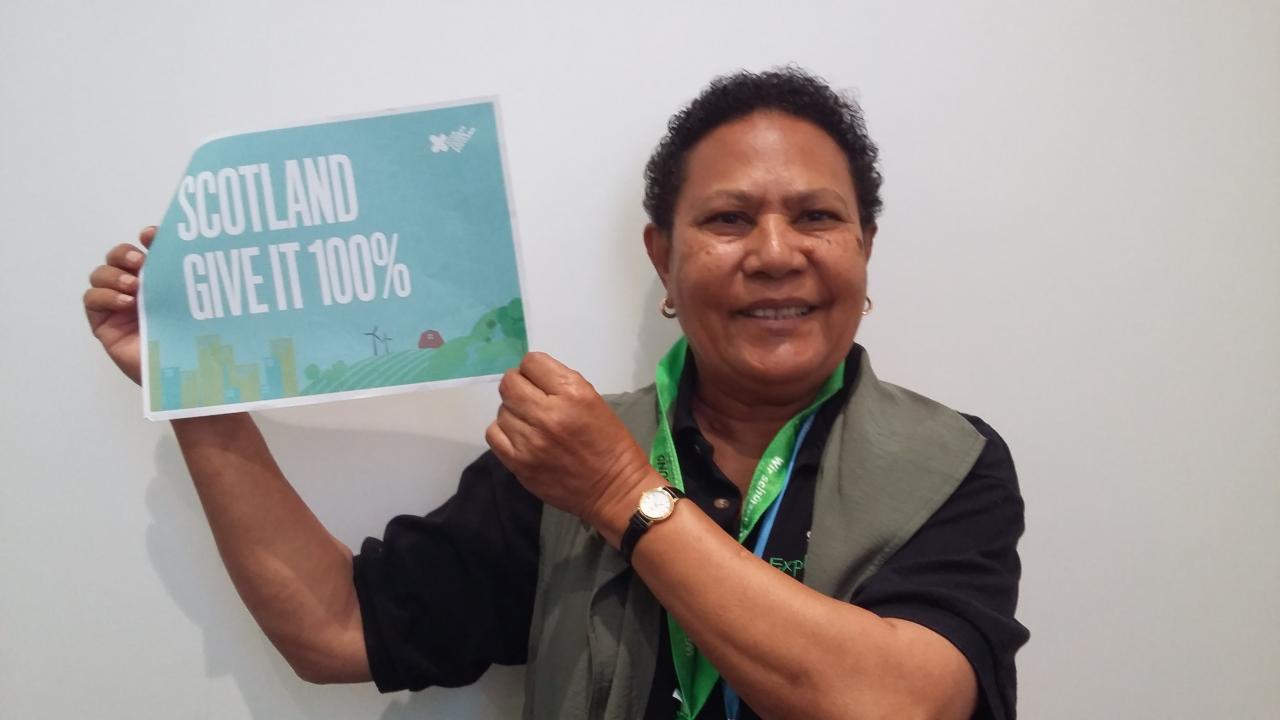 “What happens in Europe, the US, China and Australia, for example, affects what happens climatically, in our Pacific Ocean.

“I hope Scotland, The Brave, will help to lead the way, through its commitment to a net zero carbon strategy and soon.”

Mork Nay and Veit Samin, farmers in Cambodia said that climate change is having very real impacts on their ability to grow crops and make an income due to the unpredictability of the weather. Samin said: “I’m really concerned that climate change is getting worse and I don’t know what to do to cope with it. I’m not sure about the future. Now I don’t see a choice for our children but to farm, but I am concerned.

“I would like Scotland to continue helping us to cope with climate change. I would like to request developed countries like Scotland, who have big factories that produce a lot of pollution to stop polluting.

“Frankly, it’s not just developed countries but we all need to stop pollution because many people in the world are responsible.”

Speaking in parliament last month, First Minister Nicola Sturgeon stated that she had “real confidence that the new bill will further establish Scotland as one of the leading countries in the world – if not the leading country in the world – in tackling climate change”. Campaigners are hopeful that this hints towards plans to include ambitious targets in the legislation. 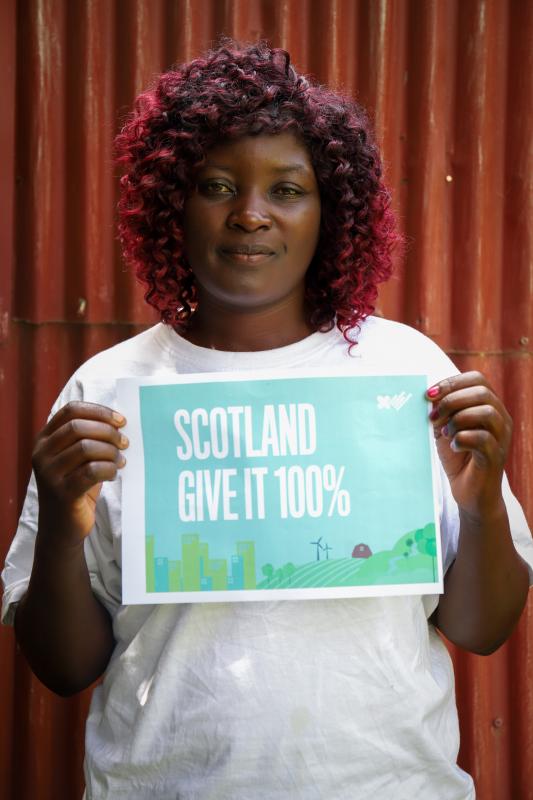 Sarah James, from Arctic Village in Alaska, which is situated 100 miles from the Arctic Circle, said that her people’s way of life was “under threat” as a result of climate change, and that it should be treated as a human rights issue.

“We’re a caribou people, for over 20,000 years we have lived with Caribou. We take care of their feeding ground – caribou heart is in our heart and our heart is in the caribou,” she explained.

“I’d like to see Scotland take a lead on the environment because the indigenous people of the world, we live in the land, we take care of the land and it takes care of us in return. We need to help each other to survive.

“It’s up to all of us to play our part to tackle climate change. It’s not a chore, it’s a responsibility.”

Gertrude Hamooya, a small scale farmer in Zambia, said she believed that richer countries should help to address climate change by raising awareness in other parts of the world on the disadvantages of charcoal burning and to help train workers in other industries and provide financial support.

“Our lives have become harder as farmers due to climate change,” she said. “Most of us won’t even harvest anything this year because of the rains coming at the wrong time of the year. 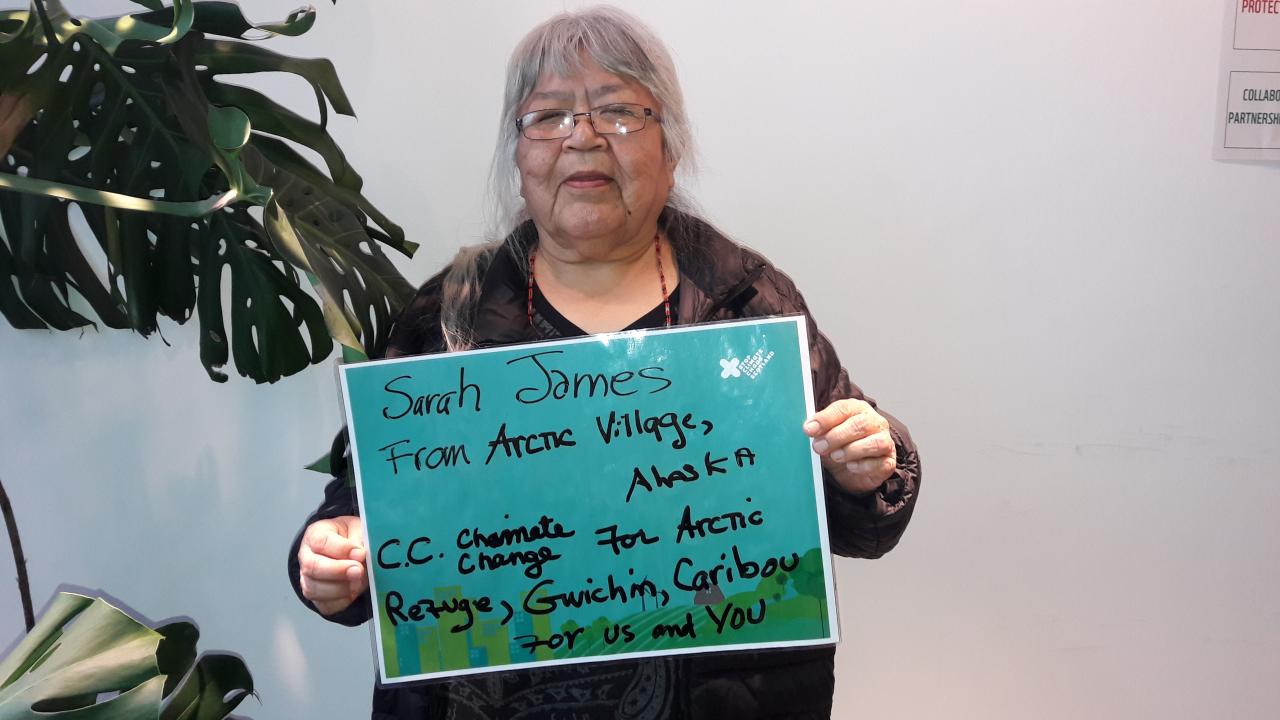 “The heavy rains have also destroyed the few roads we have in the area making it extremely difficult for us to transport anything or even to go the hospitals.”

Chris Hegarty of Stop Climate Chaos Scotland said that the international stories brought home “reality of how we have already changed our climate and the destructive impact this is having in every part of the world”.

Hegarty said that Scotland had been a world leader on climate change before, and that the new Climate Change Bill should ensure that it continues in this vein.

“The need for such international leadership has never been greater,” he said. “In 2009 the Scottish Parliament gave unanimous support to some of the most ambitious climate legislation anywhere in the world. Since then, Scotland’s ambition has been a powerful international example of a rich country taking serious steps towards a climate-friendly future.

“As recently as November, First Minister Nicola Sturgeon spoke at the UN Climate Summit in the company of the UN Secretary General, promising that Scotland would continue to lead by example. We warmly welcome that commitment.”

Campaigners in Scotland are calling for the bill to include ambitious new policies to be implemented ahead of 2030, and describe a net zero emissions target as “essential” to Scotland’s role in meeting international obligations under the Paris Agreement.