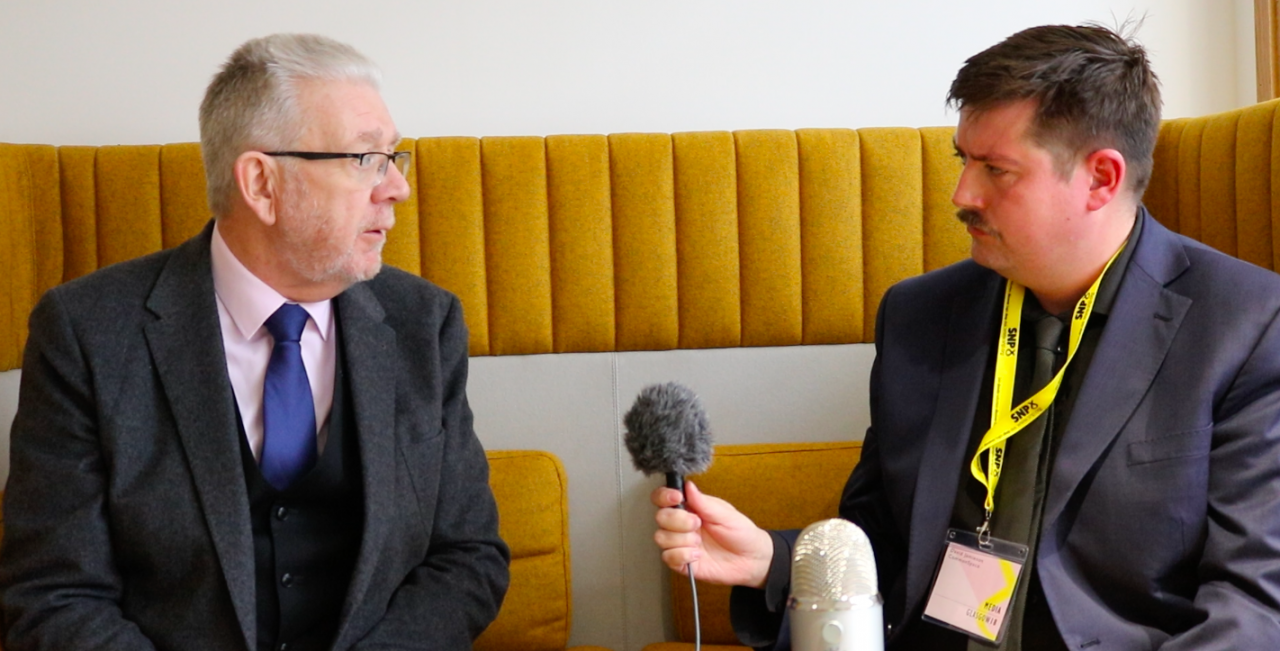 On Day 2 of the Scottish National Party’s 2018 conference, CommonSpace sat down to talk about the prospects of a Scottish independence referendum with Mike Russell MSP for Argyll & Bute and Cabinet Secretary for Government Business & Constitutional Relations.

Speaking to reporter David Jamieson, he said: “At the present moment,  I don’t think is going to come before March, but in these circumstances, coming after March – we need to know what the final deal is. I don’t have a great deal in common with some of the people who argue for a People’s Vote. But I have a lot in common with those people who say that this was an appalling decision, foisted on Scotland – we did not vote for it – which was based upon no evidence at all.”

Watch the full video below.