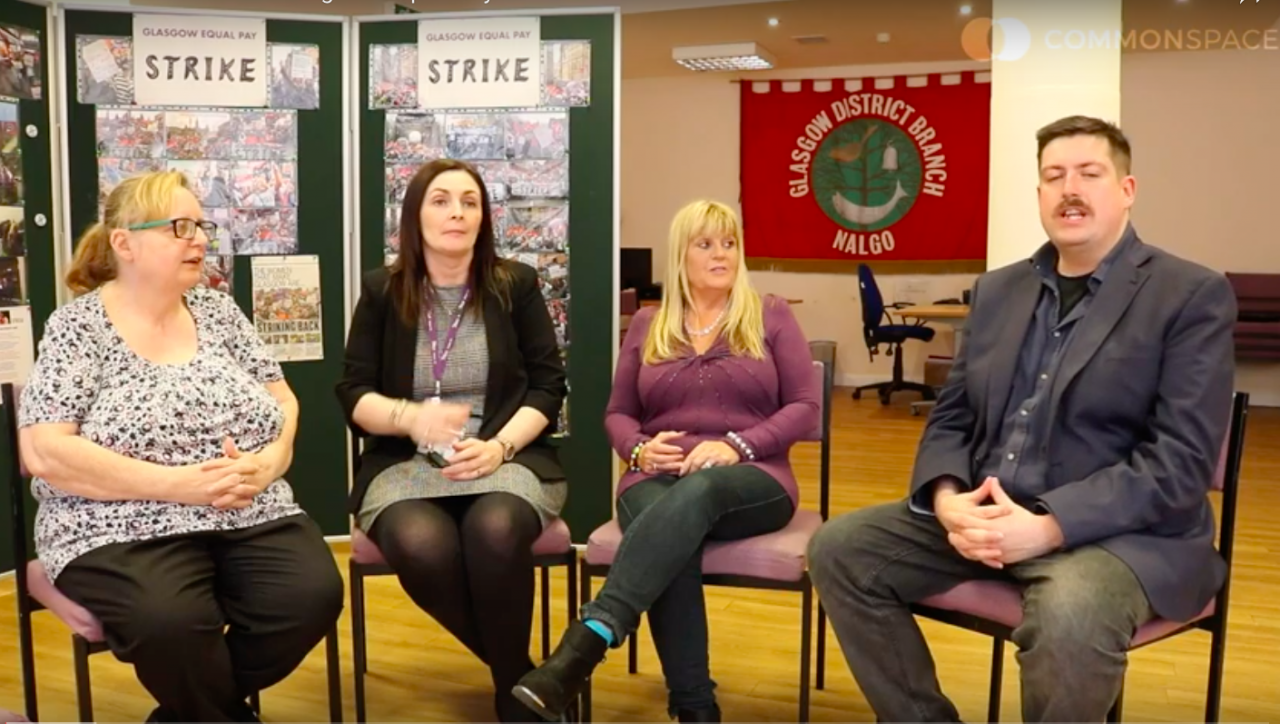 What did the Glasgow Women’s Strike mean to those involved, and what is it’s legacy?

IN OCTOBER of 2018, historic equal pay strikes rocked the city of Glasgow. Eight months later and payouts are starting to be made.

CommonSpace journalist David Jamieson met with some of the women involved with the strike to find out what it meant to them.

This interview was part of the first Pilot edition of the CommonSpace Show, which you can watch here.