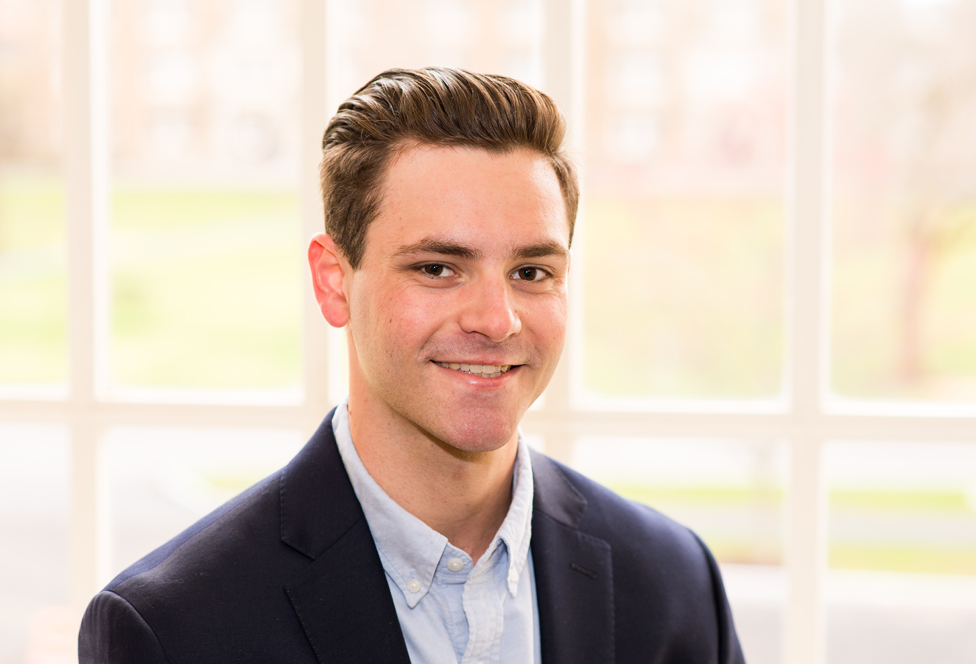 Common Weal is pleased to introduce policy researcher Callum Slater who will be working with us over the summer on a project on the implications of the “climate emergency” and the Green New Deal on Scotland’s international trade. Here, he tells us a bit about himself and what he’ll be doing with us.

I am joining the Common Weal team this summer to contribute research on potential pathways for international trade with Scotland operating as an independent country in a Green New Deal world. I am a Russian Studies and World Politics major concentrating on European and Eurasian geopolitical and economic developments. I begin my final year of undergraduate studies upon my return to the US in August.

Despite growing up in the United States my roots lead directly back to Scotland. My mother was born and raised in Clydebank, as was my grandfather, and she attended the University of Strathclyde. My grandfather is the late Sir Gavin Laird (1933-2017), a title he earned through decades of unwavering service to the Scottish people over a variety of platforms. His service to Scottish civil society and accomplishments have always served as an immense source of pride for me as well as a key cornerstone in how I have shaped my own values and identity.

Above all else, I believe in the power of knowledge and feel the voting public are in an optimal position to determine their future when hard data and informed policy dominate public discourse. As a bystander to the Brexit campaign, I was disappointed with the dialogue that committed voters to predetermined platforms, which discouraged co-operation, and utilized groupthink and misinformation. Empty promises and ideological platforms promoted hostile cross-party attitudes and created unrealistic voter expectations and lower voter participation. Consequently, it is crucial that the Scottish people be provided with informative and factual research, allowing them to actively engage in dialogue concerning the independence vote. The policy that supports exiting the UK should equip voters with realistic expectations and grounded strategies that outline the necessary tasks for establishing Scotland as a viable-independent member of the international political community and economy.

My research will explore various aspects of international trade including geopolitics, shifting global trade routes, emerging economies, potential allies in global climate mitigation policy, a growing global supply chain, and multinational agreements and accords that are congruent with the climate mitigation goals outlined in the Green New Deal. The goal is to provide a report that is more informative than opinionated and a realistic illustration of the possibilities, requirements, and challenges in creating an international trade structure that facilitates sustainable economics while advancing the goal of total carbon neutrality by 2045.

The Green New Deal is one of few policies globally willing to acknowledge the imminent dangers of climate change if carbon emissions continue to rise. International trade is a well documented source of rising emissions levels and international trade policy will be heavily influenced by Scotland’s domestic policies implemented under the Green New Deal. I am excited to be joining the team and hope to provide the Scottish public with an informative report that can reliably guide them in the voting process.