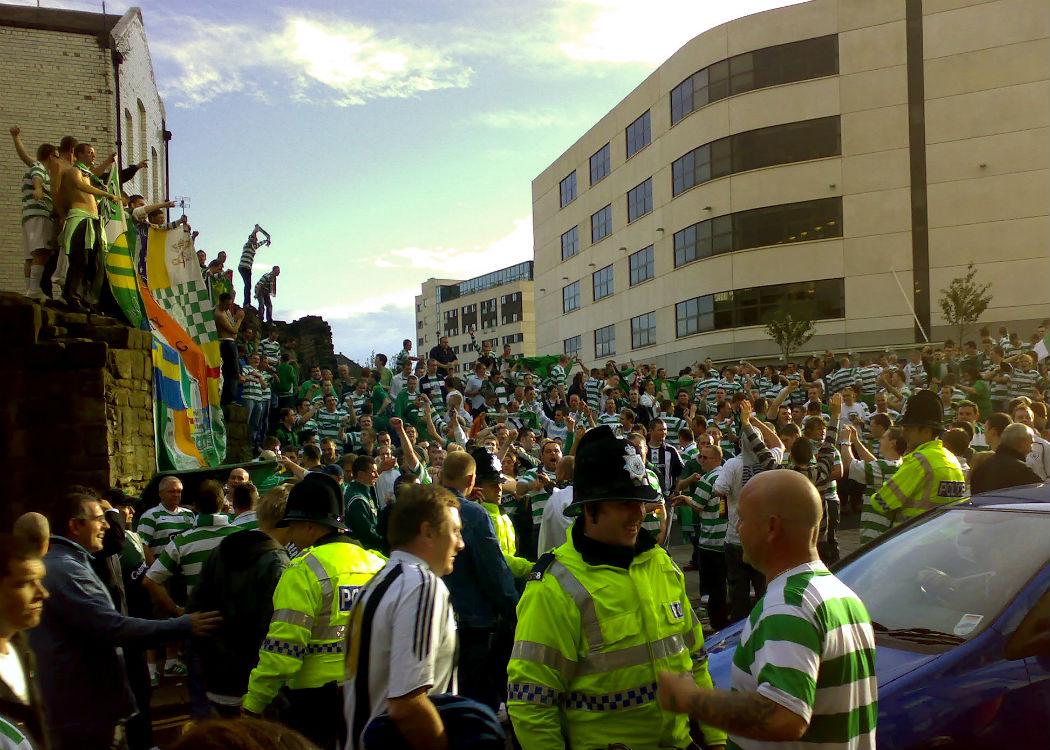 POLICE SCOTLAND has launched an investigation into claims by a member of the public that an officer in the force’s dedicated football unit made inaccurate statements in court regarding the arrest of two football fans.

Two men, William Donnelly and Martin Walsh, were convicted under the Offensive Behaviour at Football and Threatening Communications (Scotland) Act 2012 on charges of singing ‘Roll of Honour’, a song that commemorates republican hunger strikers, in October 2013.

The new inquiry will investigate whether an officer in the Football Coordination Unit Scotland (Focus) committed perjury by claiming in court that the men had received warning prior to them singing the song.

According to the Herald, the officer told the court that both Celtic Football Club and supporters’ clubs had told fans that the song was not to be sung at matches and that doing so could result in penalties.

It has emerged that there was a meeting between Police Scotland and Celtic where it was communicated to the club that fans could face prosecution for singing ‘Roll of Honour’, but this meeting did not take place until a month after the game at which Donnelly and Walsh sang the song.

A spokeswoman for Police Scotland told The Herald : “As this is an ongoing investigation, we are unable to comment at the present time.”

The Offensive Behaviour Act has caused controversy for alleged imprecision, poor conception and drafting, and has prompted a reaction by many football fans who have established the campaigning group Fans Against Criminalisation.

It was revealed in December 2014 that of 161 persons taken to court under the act 74 (48 per cent) were found not guilty. Campaigners have claimed this shows the unsuitability of the legislation.

The investigation into the complaints continues.