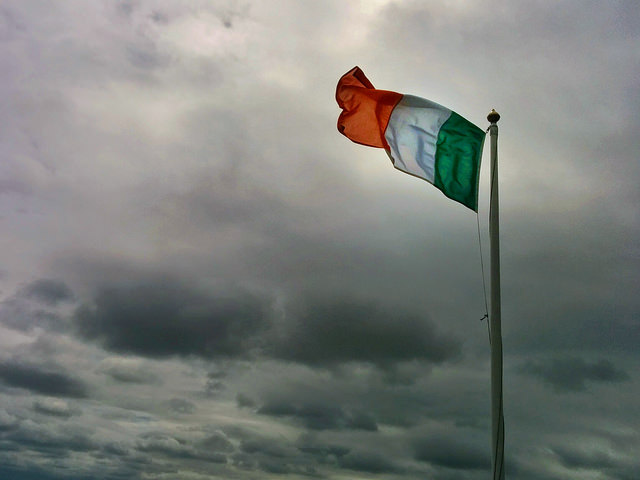 With the vote to leave the EU, voices in the Irish republic call for reunification

THE leader of the republic of Ireland’s main opposition party has said he hopes Brexit will move Ireland closer to reunification.

According to the Herald, Fianna Fail’s Micheal Martin TD said a “reunification referendum” should be called if a clear majority signal their desire to see an end the partition of Ireland.

The subject of reunification of the north and south has re-emerged on the political landscape since the decision by voters in the UK as a whole to pull out of the EU, despite Northern Ireland voting to remain in the EU by 55.8 per cent in contrast to the overall vote of 52 per cent to leave.

Martin added that Northern Ireland’s majority vote to remain within the European bloc could be a “defining moment” for the region.

The comments were made during the annual John Hume lecture at the MacGill Summer School in Glenties, Co Donegal.

“It may very well be that the decision of Northern Ireland to oppose the English-driven anti-EU UK majority is a defining moment in Northern politics.” Micheal Martin

“It may very well be that the decision of Northern Ireland to oppose the English-driven anti-EU UK majority is a defining moment in Northern politics,” he said.

“The Remain vote may show people the need to rethink current arrangements. I hope it moves us towards majority support for unification, and if it does we should trigger a reunification referendum.”

But Mr Martin added: “However at this moment the only evidence we have is that the majority of people in Northern Ireland want to maintain open borders and a single market with this jurisdiction, and beyond that with the rest of Europe.”

The Republic of Ireland and Northern Ireland are separated by a 310-mile long frontier which is the only land border between the UK and the rest of the EU. There was a heavy military presence at the border during the Troubles, but it has been more stable since the peace process. The Brexit vote has triggered fears among some that a stronger emphasis on the border could cause fresh problems in the region.

In March this year, ahead of the EU referendum, Sinn Féin called for a vote on reunification in the event of a Brexit vote, while in Scotland First Minister Nicola Sturgeon said in the immediate aftermath of the vote that a second Scottish independence referendum was “highly likely”. Both Scotland and Northern Ireland returned majority votes for Remain.