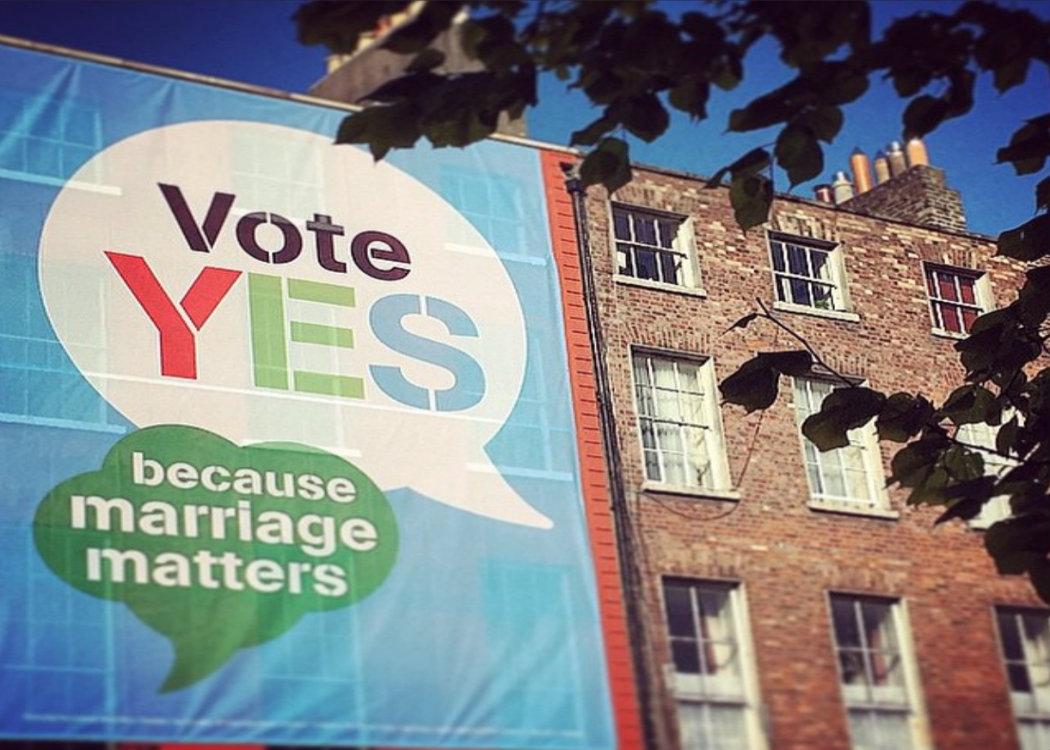 IRELAND will vote on Friday to decide whether to extend the equal right to marriage to same-sex couples in a historic constitutional referendum.

With the support of all major political parties, the amendment is expected to receive a Yes result. However, religious conservatives have opposed the move.

Voters will be asked if the constitution should be changed to include the phrase: “Marriage may be contracted in accordance with law by two persons without distinction as to their sex.”

Those in favour of the change have argued that same-sex partners deserve the same recognition for their relationship and the same right to civil marriage as other partnerships. The Union of Students in Ireland has called on the public to “Vote for love”.

Opponents to the change, including the Irish Catholics Bishops Conference, have sought to defend what they describe as “traditional marriage”.

This week former President of Ireland, Mary McAleese, spoke out for a Yes vote: “I have yet to hear a single convincing argument which justifies this glaring inequality. Now we have a chance to remove it.”

“Our gay children will be able to know the joy and peace and comfort of being part of a loving married couple, fully recognised at the highest level our country can offer,” she said.

Meanwhile LGBT Youth Scotland has published a message of support for the campaign in favour of change in Ireland.

In an open letter, the equalities campaign group celebrated the introduction of equal marriage in Scotland.

“Civil partnerships are a great first step towards equality, but now it should be about choice. It’s important that LGBT young people in Ireland should be able to choose to ask for someone’s hand in marriage if that’s what they feel is important to them. Different love and relationships should be celebrated at an equal level to ensure acceptance for everyone.

“We were really impressed to see Ireland leading the way in being the first country to hold a national referendum for marriage equality. We hope your friends, family and other citizens across Ireland come out in solidarity and support for you and vote Yes!

“So on May 22nd, when you go to the polling stations, know that the LGBT young people across Scotland are with you.”

The Bishops conference, which also opposes access to abortion, published a document preaching ‘God’s plan for marriage’ for their campaign.

Sending the document to 1,300 parishes throughout the country, Catholic leaders claim that “to redefine the nature of marriage would be to undermine it as the fundamental building block of our society”.

The No campaign also has the support of the Iona Institute, a religious fundamentalist group, which has faced criticism for failing to register with the Standards in Public Office Commission in Ireland.

Founder David Quinn warned, in reports by the Irish Examiner, of a case in New Zealand where two men got married “as a joke” or other cases of marriage for tax purposes. (Click here to read more)

A Yes vote would be the first time any country has legalised same-sex marriage in a popular vote.