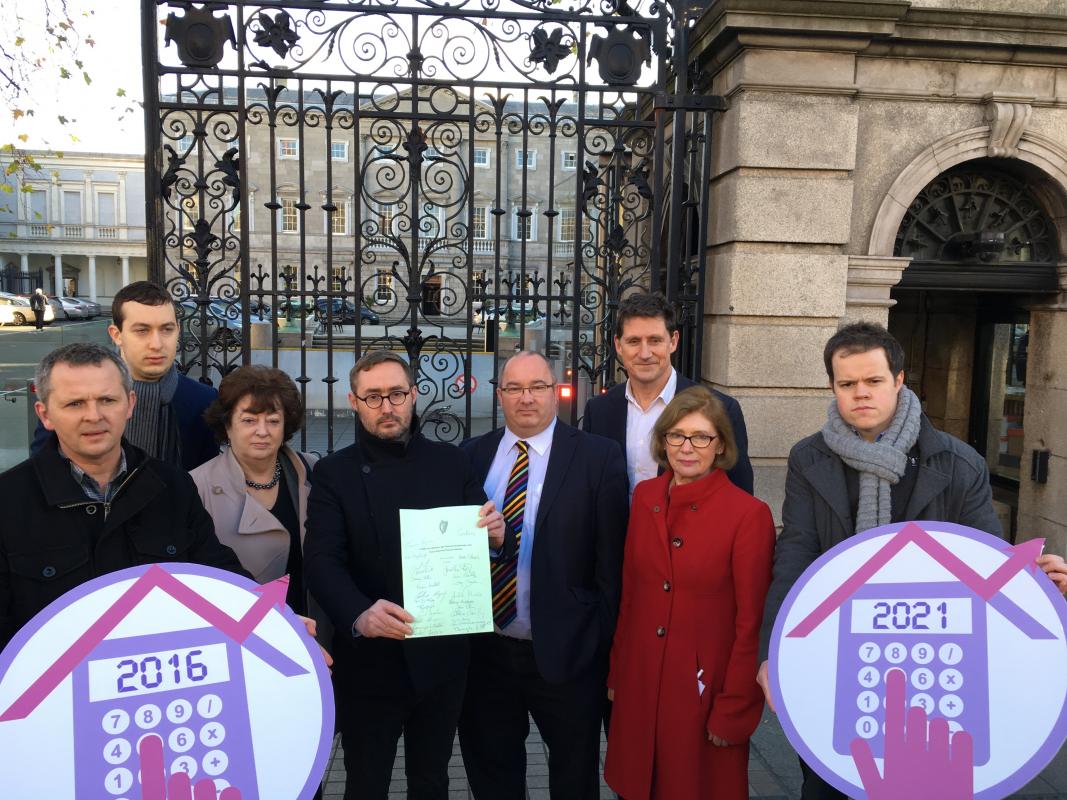 IRISH CENTRE GROUP AND LEFT-WING politicians have called for action to tackle the nation’s rent and homelessness crisis.

In a show of unity unprecedented since the island’s most recent election in February, six party groups joined with major trade unions to support a Secure Rent and Tenancies Bill to halt rent surges and provide basic security to tenants suffering in the rental market.

The proposals, led by Sinn Fein and Dublin TD Eoin Ó Broin, have the support of his party, Independents for Change, the Labour Party, People Before Profit-Anti Austerity Alliance, the Social Democrats, and the Green Party.

However, the two largest parties in the Oireachtas – Fianna Fail and Fine Gael – sidelined the proposals in favour of the government’s forthcoming housing strategy publication timetabled for December 12th.

Outside the General Post Office, 100years since the rising, volunteers run a daily kitchen to feed Dublin's homeless pic.twitter.com/lSDkRJJR14

The Irish debate on sky-high rents mirrors the poverty causing chaos in Scottish and English hotspots, most notably in cities like London, Glasgow, Edinburgh, and Aberdeen.

Ó Broin, speaking at a cross party press event outside Leinster House, said: “This bill seeks to do three things. The first is to put a halt to spiralling rents by linking rent increases to the consumer price index, but also giving tenants greater security of tenure – particularly by removing sale as a ground for the landlord issuing a notice to quit.

“Clearly the rental sector requires much more radical reform than this, but these are three practical, sensible measures that the political parties who have signed this bill and the trade unions campaigning in support want to see.”

Ó Broin also told CommonSpace he was interested to learn from the experience of Scotland’s Private Housing (Tenancies) Act 2016, which includes the potential for localised rent controls – albeit limited – for the first time in a generation.

Campaign group Living Rent gained the backing of SNP members in support of a “national system of rent controls”, although there have been no further moves to implement the full policy so far.

Campaigners ask the SNP: 'What happened to rent controls?'

Rent controls are in place across Europe, including in the Netherlands, France, Germany, Spain, Denmark, Norway and Sweden.

According to the Joseph Rowntree Foundation, the number of UK private renters in poverty has almost tripled in a decade from 11 to 29 per cent.